One Kalamazoo College alumnus and one student have ensured K’s reputation as a home for change ringing will continue by earning a national award named after a former K professor. 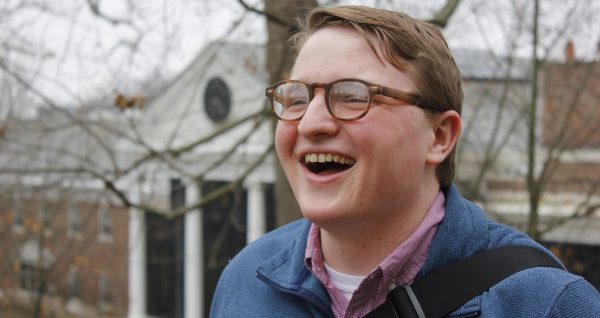 Ian McKnight ’19 is one of two with Kalamazoo College ties to receive the first Jeff Smith Memorial Young Ringer Award. 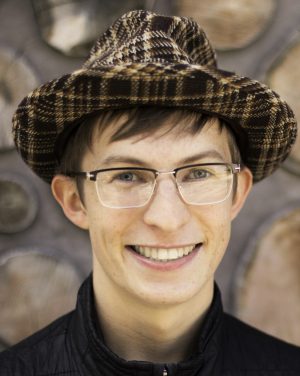 Sam Ratliff is studying mathematics and computer science on study abroad in Aberdeen, Scotland, this fall and rings regularly with the band at St. Machar’s Church there.

The award is named after the late Jeff Smith, a longtime and beloved professor at Kalamazoo College. In addition to teaching mathematics, Smith taught hundreds of students to ring changes and inspired the College to install change ringing bells at Stetson Chapel on campus.

Change ringing developed in England and is traditionally heard after royal weddings as well as before and after most English church services. It requires a group of ringers working in tight coordination to ring the bells in changing permutations. Because each tower bell takes more than a second to complete its full 360-degree rotation, the bells can’t ring traditional music or melodies. That constraint led to an intricate system of generating unique permutations known as change ringing.

In addition to strengthening the abilities of the Kalamazoo band of change ringers, McKnight and Ratliff have both rung quarter peals. A quarter peal contains a series of at least 1,250 permutations rung in rapid succession according to rules that ensure no permutations are repeated. A quarter peal takes about 45 minutes of concentration and cooperation among the band of ringers, creating beautiful sounds.

McKnight graduated with a degree in political science in June after earning a senior leadership award. He once wrote about his experience with change ringing in K’s student blog. He now works for State Rep. Darrin Camilleri in Detroit.

“It’s a real honor to receive an award named for Jeff Smith, without whom I would probably never have discovered ringing,” McKnight said. “I first went to the tower after hearing the bells that he brought to Kalamazoo College and was hooked after just one practice. For four years since, ringing has been a great joy and a source for friends on both sides of the Atlantic. I know that will continue to be the case for many years to come.”

Ratliff is studying mathematics and computer science on study abroad in Aberdeen, Scotland, this fall and rings regularly with the band at St. Machar’s Church there.

“I heard that ringing was a cooperative musical, physical and mental exercise, all of which interested me, so I dropped into the tower the first week of my first year at K,” Ratliff said. “The algorithmic methods that we use to make music held my attention and I’ve been ringing ever since.”

The Kalamazoo College ringers welcome visitors and would be pleased to show anyone how the bells are rung. The ringers can be contacted at kzooringers@yahoo.com.