An idea from the Kalamazoo College Board of Trustees is ensuring that K’s students will continue to thrive in the K-Plan. The board has decided that three of its members, elected to three-year terms, will serve as recent-graduate trustees. The advantage is that trustees with better knowledge of how current students navigate their educations and experiences will help the board make more informed decisions in guiding the College. 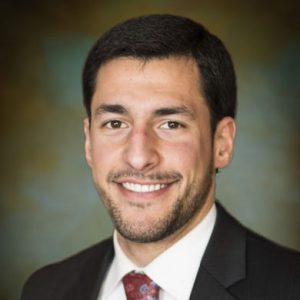 Mark Ghafari ’14 serves as one of three recent-graduate trustees on the Kalamazoo College Board of Trustees.

As the board convenes this month, the recent-graduate trustees are:

Ghafari is beginning his first year on the board, Morales is in her second year and Howlett is in his third.

In his years as a student, Ghafari majored in economics, played men’s basketball, studied abroad in Strasbourg, France, with travels through Belgium and the Netherlands, and learned about internships while working in the Center for Career and Professional Development. 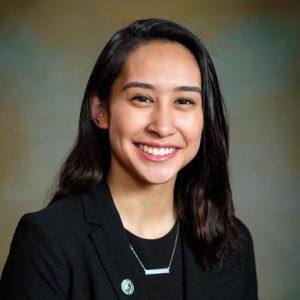 Asia Liza Morales ’15 serves as one of three recent-graduate trustees on the Kalamazoo College Board of Trustees.

“It’s an unbelievable honor to provide the board with the perspective of a recent graduate,” Ghafari said. “I applaud the College for having this role, and it’s a great opportunity to advance the mission of the College. It’s an exciting time with President Gonzalez and a new strategic plan. It’s exciting to be able to help.”

The board is comprised of 33 trustees including Gonzalez. Its members reflect major sectors of society and represent nationwide locales as well as the Kalamazoo community and College alumni. All are tasked with serving current and future students by assuring K’s continued place among the top private liberal arts colleges in the country.

Morales says to those current and future students, “There are so many experiences to be had at K that don’t happen at other colleges. This place fosters an experience unlike any other. It can be anything and everything you want it to be. Once I got in the workplace, I knew how far ahead I was because of Kalamazoo College.” 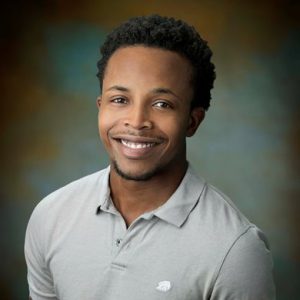 Jerrod Howlett ’09 serves as one of three recent-graduate trustees on the Kalamazoo College Board of Trustees.

Morales was a Posse scholar on campus, majored in biology, minored in anthropology and sociology, served as a president’s student ambassador, and spent a semester abroad in Cáceres, Spain.

Howlett as a student sought outside-the-classroom activities such as intercollegiate athletics including tennis; arts experiences such as Premium Orange, an a capella group; and a summer internship through Compuware, a software company. He also wanted the personal access to faculty that K provided.

“The relationships I built with my professors and the level of care they took to invest in me were the pinnacle experience of attending Kalamazoo College,” Howlett said. The faculty “always ensured they could take time out of their day so we could learn more. I know I could always go to them to ask questions.

“I have no idea if I’d be in the same place without K. I know it helped me get here.”