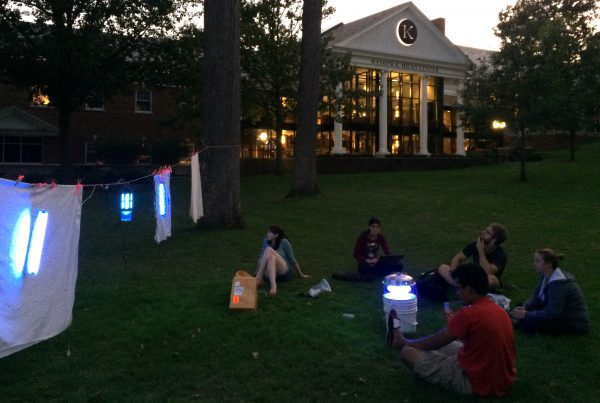 Kalamazoo College students participate in a process called “blacklighting” to gather moths for their entomology class insect collections. Moth enthusiasts from around the world are likely to try blacklighting during National Moth Week.

If you ever see Kalamazoo College students hanging sheets by clotheslines suspended between trees on the Quad, they’re not doing laundry. They’re rounding up moths for their entomology class collections in a practice called “blacklighting.”

The process emits a black light into the UV spectrum to attract moths, and it’s one of many ways that citizen scientists are likely to celebrate National Moth Week, which is ongoing through Friday.

According to its website, National Moth Week celebrates the beauty, lifecycles and habitats of moths as the public is encouraged to learn about, observe and document moths in backyards, parks and neighborhoods. And don’t let the word “national” fool you. Since its founding in 2012, National Moth Week has gone global by expanding to all 50 states and 80 countries worldwide. 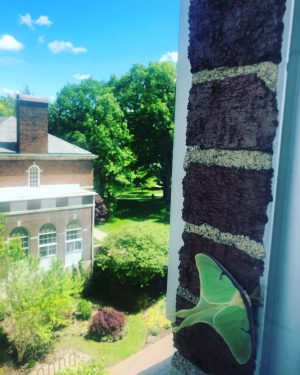 Although the 50th anniversary of the Apollo 11 mission to the moon likely is the more celebrated science-related event this week, moths are interesting to study because they make a “giant leap” of their own through metamorphosis. The process completely changes their bodies from wormlike caterpillars into winged adults during the cocoon stage. This abrupt change in body plan during development is found in only one-third of all insect groups, Kalamazoo College Biology Professor Ann Fraser said, but these groups account for the vast majority of insect species, suggesting this life cycle innovation was a highly successful one.

Furthermore, “many caterpillars of moths are a very important food source in the food chain,” and “some scientists use moths as indicators of bigger things going on in the environment,” Fraser said. “It’s easy to see trends with declines in their numbers as indicators of climate change or habitat loss.”

Moths definitively are insects because they have six legs and, as adults, they have three body regions consisting of the head, the thorax and the abdomen, Fraser said. Plus, they’re among the most diverse living creatures on Earth with more than 150,000 species including their day-roaming brethren: butterflies. 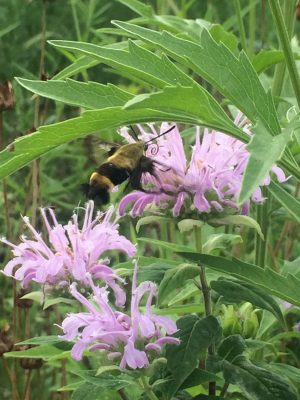 Hawk moths hover around plants and flowers so they commonly are mistaken for hummingbirds.

Some of the more eye-catching varieties of moths in southwest Michigan include hawk moths, which can be mistaken for hummingbirds because they’re about the same size as hummingbirds and hover around plants and flowers, Fraser said. Others include the luna moth known for its green wings, long tails and transparent eyespots. Plainer and more problematic varieties include gypsy moths, which are known as exfoliator pests because they strip trees and plants of their leaves.

“You can actually spot their poop on the sidewalk,” Fraser said of gypsy moth caterpillars. “Frass is the technical term for it. You see it on the ground, so you know something in the tree is feeding on the tree.”

Regardless, many hobbyists find collecting moths such as these and others to be fascinating and as easy as leaving a porch light on after dark. Fraser, for example, still remembers collecting a big moth for the first time when she was about 10 years old.

“It’s an experience that always stuck with me,” said Fraser, who curates the college’s insect collection that includes cases of pinned moths raised or collected by herself and her predecessor, Professor David Evans. “It’s always exciting to find the big colorful ones.”