Results of the most recent CLA administration showed that seniors’ observed mean CLA scores are higher than expected (based on the model including all four-year colleges and universities–see Figure 1); according to the CLA, institutions whose data are above the line add more value than expected. 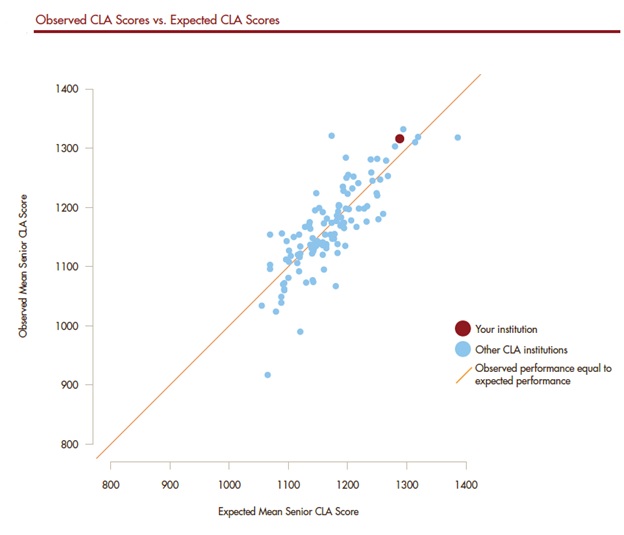 Additionally, Kalamazoo College Seniors’ scores were very high compared to scores of students from other schools in all categories (see Figure 2). Seniors’ overall mean score percentile rank was 96 percent, indicating that Kalamazoo College seniors scored higher than 96 percent of the seniors at other institutions. 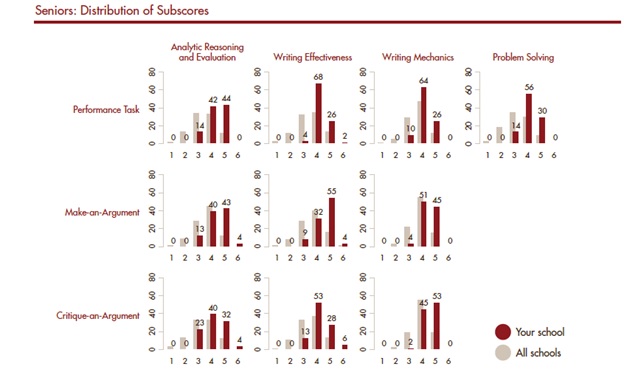