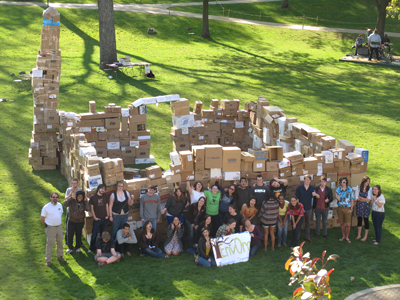 Students stand with their cardboard recreation of Stetson Chapel

Stetson Chapel received another life recently when K students erected a new and recyclable cardboard version of the building on the Quad, breaking a collegiate environmental record along the way.

Harvard University set the original record with a 566-box structure on their campus.