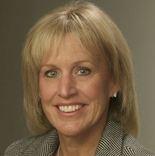 Kalamazoo College Trustee and Kalamazoo-area philanthropist Ronda Stryker will receive the 2013 YWCA Lifetime Woman of Achievement Award at an award celebration May 21 at the Radisson Plaza Hotel in downtown Kalamazoo.

The YWCA Award is given to an area person who has demonstrated a lifetime of outstanding contributions to the well-being of the community, state or nation, and has a record of accomplishment, leadership and positive role modeling as a volunteer and/or in a career.

She has served as a Kalamazoo College trustee for more than 20 years. In 2001, she helped establish the College’s Mary Jane Underwood Stryker Institute for Service-Learning, named for her grandmother. Through the Institute, K students contribute more than 30,000 hours of community service-learning and civic engagement each year.

Read more about Ronda Stryker and the YWCA award in a recent Kalamazoo Gazette/MLive article.