If you’ve ever wondered whether invasive species of plants are a problem in Michigan, four Kalamazoo College biology students have your answer: Yes. 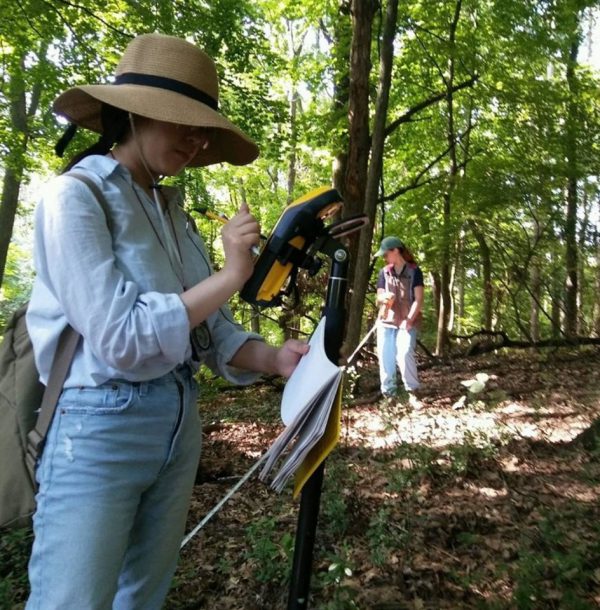 Fiorina Talaba (left) and Fiona Summers are two of the four students mapping invasive species of plants this summer at the Lillian Anderson Arboretum and Kleinstuck Preserve.

The results show several types of the problematic plants are common and growing quickly locally with few natural predators or pests as they choke out native species. That could be causing interruptions to important ecological processes, and potentially, endangering some native plants to the point of extinction.

“In today’s climate, we need to focus on biodiversity and how we’re affecting the environment,” Talaba said. “It’s not just the gases we’re emitting into the atmosphere that present environmental issues. It’s also how invasive species have gotten here and changed our environment to a point where it’s hard to recognize it from what it used to be. We have an obligation to protect native species.” 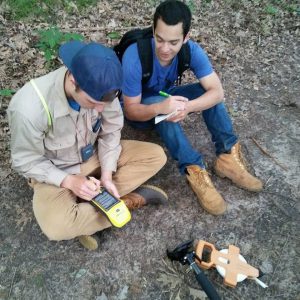 Some of the invasive plants the four are commonly finding in Kalamazoo include:

How did the invasive species get here?

It’s not always clear how these invasive species, mostly from Asia and some from Europe, arrive in Kalamazoo.

“It shows how interconnected our society has become,” Perez said. “We can transport things like invasive species over massive distances in ways that would’ve been impossible in any other age. It’s like another Pangea where continents are pressing up against each other.”

However, it generally can be said that people have been responsible for allowing them to spread. Some people might even be planting the invasive species in their own gardens and yards because the plants look pretty, or transporting seeds on their shoes as they walk through the arboretum.

“Dr. Girdler says a majority of people will just look at invasive species and see green,” Holmes-Hackerd said. “They will look at all the green plants and think how pretty they are. We want to take it a level deeper. If we look at invasive species within the ecosystem and how they affect the large preserve, it can open people’s eyes. It can be bizarre to see a tree completely covered in leaves when the tree is dead because an invasive plant killed it.”

Hope for the future

While invasive species are a formidable foe, the four K student researchers say the projects they’re completing have provided opportunities for community outreach and established baselines that one day will help other researchers measure whether their efforts have been effective.

Their own outreach has consisted of sharing their research with other students through social media, talking with neighbors of the arboretum about the problematic plants, and encouraging community involvement in planting more native species, pulling invasive plants and protecting natural spaces.

“A lot of times you think of a scientist as someone who is rigid and wears a white coat,” Summers said. “We want to be super approachable and make people enjoy learning about invasive species.”

A platform like social media, for example, “provides such an easy way for young people to feel the experience,” Summers added. “Another reason I like it is it makes it easy to communicate our science to the general public. A lot of scientists lack the ability of explaining what they do so that anyone can understand it.”

Here’s what you can do:

Targeting invasive species “really is reliant on community involvement,” Holmes-Hackerd said. “The arboretum alone is 150 acres. It’s not something a handful of researchers can handle on their own. We’re hoping we can get the community to care and help out in any way.”