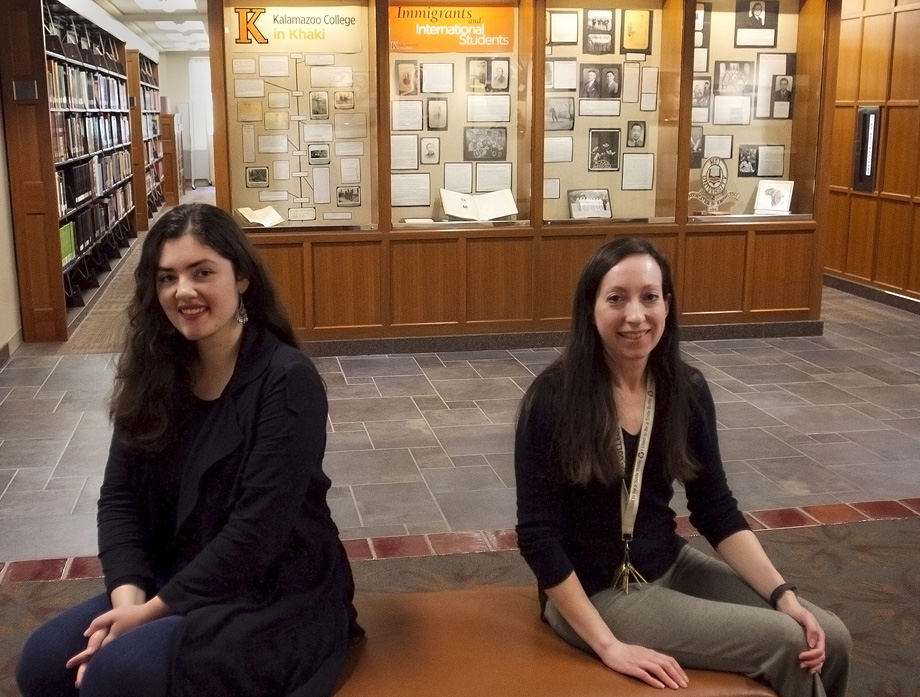 Can there be a better metonym for — or higher measure of — the virtues of courage and love than the word immigrant? It is a question posed by the new Upjohn Library Commons exhibit titled “Immigrants and International Students at Kalamazoo College.” That history is a long one at K, beginning in the 1860s and continuing today. College Archivist Lisa Murphy ’98 is responsible for the library’s main-floor displays, which she alters term to term. And hers was the idea for this spring’s. However, the execution — including the research, writing, design and installation, was accomplished by senior political science major Shelby Long. Long has worked in the College’s archives for three years doing multiple tasks but never, until now, a museum-quality exhibit. “I wanted to be sure she had that opportunity,” says Murphy, who admits she will sorely miss her colleague after June’s commencement. “Shelby did a wonderful job on this timely display.” Preparation and installation required a month, and the most difficult task was choosing the few students (from many possibilities) that the display would feature.

Among Long’s favorites is Nagai Kafu, who attended K in 1904-05. “He became one of the most prominent writers in Japan in the 1920s and ’30s,” said Long, “described by some as Japan’s Ernest Hemingway. Fans of his work still visit the house on Elm Street where he lived when he studied at K.” Asked what strikes her most about K’s immigrant and international students, Long says: “All their remarkable accomplishments after they left, in the U.S. and in their home countries. 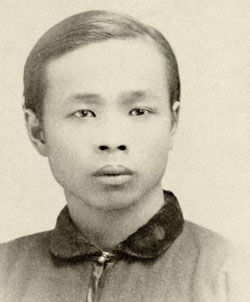 Those countries (in addition to Japan) included Burma, Poland, Latvia, Nigeria, Kenya, Iceland, Iran and China. Sam Song Bo left China to attend college in the United States (first McMinnville College in Oregon, then K in 1881-82). He decried the discrimination Chinese immigrants endured in the United States, writing about that injustice some dozen years after Chinese workers helped complete the building of the transcontinental railroad. One of the earliest immigrant students to attend K (although one could consider all Americans immigrants) was Martha den Bleyker, class of 1863. At the age of nine she and her family arrived in Kalamazoo from the Netherlands. They were soon thereafter quarantined from cholera in a shack outside the city limits. All but one brother recovered from the disease. Martha’s father went on to establish Kalamazoo as a premier celery growing region. 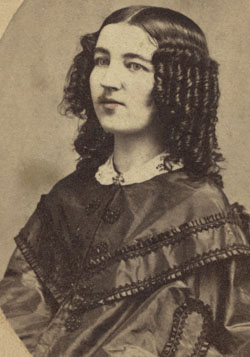 Martha was an anomaly in that most 19th-century immigrant students at K were men. That began to change after World War II. One example is Hilda Arzangoolian who traveled from Iran to study chemistry and mathematics at K in 1946-47. She spoke six languages and had studied English a mere six months before arriving at K. In addition to her academic pursuits, she played excellent tennis for the College’s team. You can learn more about the history of K’s immigrant and international students by traveling no further than the first floor of Upjohn Library Commons. Shelby Long remains very interested in archival work, and plans to earn to Master in Library Science degree. Lisa Murphy will be seeking a student to take Long’s place. “It’s wonderful work,” says Long. Interested students should write to Murphy at archives@kzoo.edu.