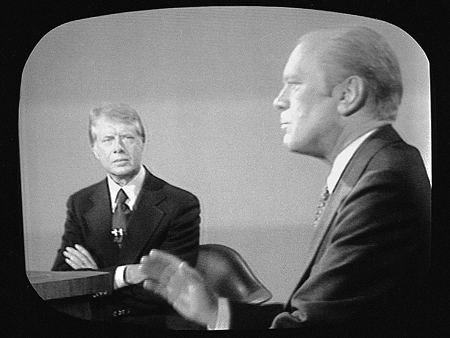 Gail Raiman ’73 was interviewed for and appears in the documentary “Feeling Good About America: the 1976 Presidential Election.” The documentary, produced by the Center of Politics at the University of Virginia, has been airing across the country since October.

The election of 1976 was momentous in several ways. It was the first national election after the Watergate scandal. It was the national election occurring on the occasion of the country’s bicentennial celebration. Watergate had consumed the Nixon presidency (he resigned in August  1974), resulting in Gerald R. Ford becoming president. Ford had become vice president in October 1973 by congressional confirmation in the wake of Vice President Spiro Agnew’s corruption scandal and resignation.

In the 1976 election, Ford — the Republican candidate — was pitted against the relatively unknown former one-term governor of Georgia, Jimmy Carter. Carter ran as a Washington outsider, a popular position in the post-Watergate era, and won a narrow victory.

Gail’s connection to Ford began before the 1976 election, going back to her sophomore year in 1971. She used that opportunity to intern on Capitol Hill for then-Congressman Ford, who at the time served as House minority leader. Gail worked in his Washington office’s constituent-relations group and made quite an impression. The Ford team suggested she continue to work in the office while finishing her undergraduate degree at a college or university in Washington, D.C.

Instead, Gail returned to K, completed her degree (philosophy) in June 1973 and took a summer job in Ford’s Grand Rapids district office. Several times that summer Ford personally asked Gail to consider taking a permanent job in his office. She declined in favor of her plan to earn a doctorate and teach. That fall she started graduate school, but she wasn’t there long.

“I suddenly realized that I wanted to ‘make a difference,’ ” Gail said, “though I didn’t know what that meant. At the time I didn’t imagine it meant returning to work for Congressman Ford.”

Gail came home from grad school to Grand Rapids. “My  immediate future was a complete mystery to me,” she said. “Four days later history intervened with the resignation of Vice President Agnew. President Nixon then named Gerald Ford as vice president-designate, and several phone calls later, I was on my way to Washington to work on Ford’s confirmation hearings for the vice presidency.”

Ford asked Gail to join his vice presidential staff and she did. Eight months later, when Nixon resigned and Ford became president, Ford asked Gail to be a member of his White House staff. She worked in the West Wing throughout his term. “My White House portfolio included media relations, communications, politics and continuous crisis management — the perfect storm.”

In early 2016 Larry Sabato, director of the Center for Politics, inquired whether Gail would be interviewed for the documentary. His request made sense. “I’d had a front-row seat to the 1976 campaign while on the White House staff,” Gail explained. “I also worked as a member of the president’s staff at the 1976 Republican National Convention.”

That convention was memorable. It was the last Republican convention in which a candidate had not been chosen by the outset. Ford and former California Gov. Ronald Reagan were the front runners, with Reagan representing the conservative wing of the party. During maneuvering at the Convention, Mississippi swung from Reagan to Ford on the first ballot, pushing him just past the delegate threshold needed to win the nomination. 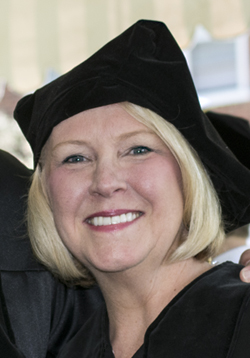 The documentary concludes that the election of 1976 was a needful tonic for the country. America felt good about Ford and Carter for good reason; they were the right people at the right time, helping us once again “feel good about America.”

That history comes alive, in part, through the film’s interviews, which include, among many others, Walter Mondale, Jack Ford, Zbigniew Brzezinski, Stuart K. Spencer and Gail Raiman ’73.

Gail’s inclusion in the film is not her only honor relative to her association with Ford. She also has been asked to serve as a judge for the 2016 Gerald R. Ford Journalism Prize for Distinguished Reporting on the Presidency. With this annual award, Ford wanted to recognize and encourage thoughtful, insightful and enterprising work by journalists covering the presidency and national defense.

As in past years, two $5,000 prizes will be awarded, one for distinguished achievement in reporting on the presidency, and another on national defense during the 2016 calendar year. The awards will be presented in Washington, D.C., in June at the annual meeting of the Gerald R. Ford Presidential Foundation.