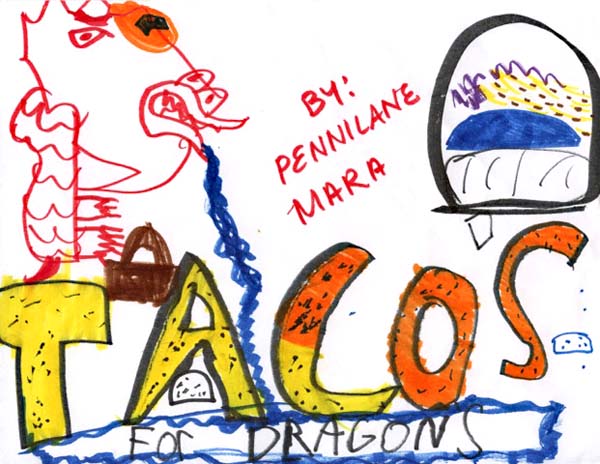 “Tacos for Dragons” is just one of the many books featured in filmmaker Danny Kim’s new documentary “The Stories They Tell.”

The saga of the unlikely pairing of dragons and tacos is the labor of two seemingly unlikely co-authors, one a Kalamazoo College student and the other a third grader at Woodward Elementary in Kalamazoo.

And yet such collaborations are unlikely no more, thanks to the Co-authorship Project, the subject of Kim’s 80-minute film and the heart of Professor of Psychology Siu-Lan Tan’s developmental psychology class for the last 15 years. The Co-authorship Project gives K students the opportunity to create an original storybook with an elementary student in order to gain a deeper insight into child development. Tan’s developmental psychology class is one of many academic service-learning courses that are designed in collaboration with the College’s Center for Civic Engagement. 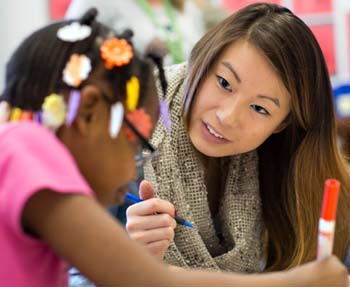 True to its etymology, animation infuses both the class and the film. “The co-authorship project has made the developmental psychology class come to life,” said Tan,” awakening ideas with real world experience. The collaborations give my students something more than what they could get in books alone.” Likewise, it is truly Kim’s animation of the creativity in each story that makes this film leap to life.

“The documentary is really about relationships, learning, connecting, and imagination,” said Tan.

All of these qualities get at the heart of what the co-authorship project is for both the K students and the children.

Kim added that the contact with college students could help to inspire elementary school aged partners to pursue higher education.

The film highlights how much each interaction with a child can help augment what a college student knows about child development and affect a life path.

The life’s work of at least two of Tan’s former students offers proof. After viewing a sneak preview of the film on campus in April, both women confirmed that the project directly influenced their decisions to pursue education as a career.

Rachelle (Tomac) Busman ’05 is a school psychologist in the Byron Center (Michigan) School District and Sally (Warner) Read ’08 is the Head of the Kazoo School, an independent school in Kalamazoo.

Kim’s film captures the value (and magic) of the project for both K students and Woodward students, as well as the idea’s birth and maturation in his wife’s developmental psychology class. Kim said he hopes the documentary inspires similar projects elsewhere.

Although the film is not yet released to the public, Kim does plan to have a formal showing once final edits have been made.