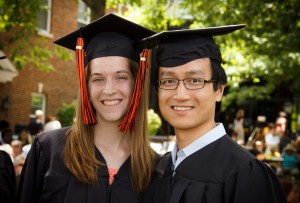 Approximately 300 members of the K class of 2016 will receive Bachelor of Arts degrees.

K President Eileen Wilson-Oyelaran will welcome the graduates – along with approximately 2,500 family members and friends, K faculty, staff, trustees, alumni and community members – in what will be her final commencement as K president. She retires from her post on June 30 after 11 years. 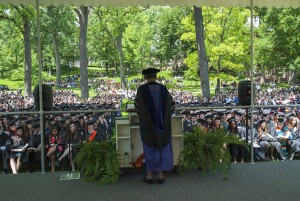 Gay McDougall will be the 2016 commencement keynote speaker. She is Distinguished Scholar-in-Residence, Leitner Center for International Law and Justice at Fordham Law School, Fordham University, New York City. Her long and noteworthy career has been dedicated to fighting racial oppression both in the United States and abroad. She is former United Nations Independent Expert on Minority Issues, former Executive Director of Global Rights at Partners for Justice, and former Director of the Southern Africa Project of the Lawyers’ Committee for Civil Rights Under Law. 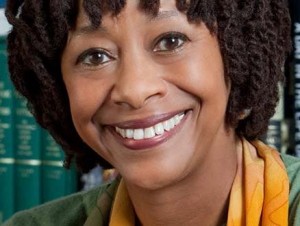 In 1999, McDougall was a recipient of the coveted MacArthur “Genius” Award. She has also received the Butcher Medal of the American Society of International Law for outstanding contributions to human rights law and the Thurgood Marshall Award of the District of Columbia Bar Association among numerous other national and international awards.

McDougall received a J.D. degree from Yale Law School and an LL.M. degree from the London School of Economics and Political Science. She has Honorary Doctors of Law degrees from Georgetown University Law Center, the School of Law of the City University of New York, and Agnes Scott College.

McDougall will receive an honorary Doctor of Laws degree from K during commencement. 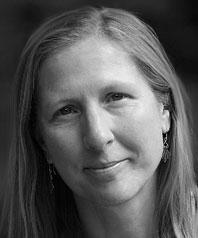 Bonnie Jo Campbell will also speak at commencement. Campbell is the author of Once Upon a River, Women and Other Animals, Q Road, the just-released Mothers, Tell Your Daughters, and the National Book Award nominated American Salvage. In 2012, Once Upon a River was the Summer Common Reading book for the incoming class of 2016. Campbell spent two days on campus meeting with class members as part of their new student orientation program. Per K tradition, she returns to address this same class of students at their commencement.

Campbell is a Michigan native and resident of Kalamazoo who has served as a visiting professor of English at K. She received her B.A. degree from University of Chicago and both a M.A. degree in mathematics and M.F.A. degree in writing from Western Michigan University, in Kalamazoo.

During Commencement, Bonnie Jo Campbell will receive a Doctor of Humane Letters degree from K. 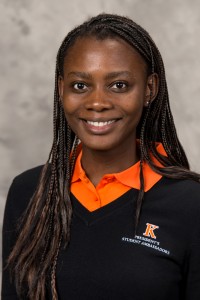 Graduating K senior Mindze Mbala-Nkanga will be this year’s student graduation day speaker. Mbala-Nkanga is from Ypsilanti, Mich., and will receive a B.A. degree in biology. Her Senior Independent Project (a K graduation requirement) was “Mother Anopheles: Of Malaria and Other Infections,” a play in two acts, for which she received honors. During her four years at K she completed an internship at Monroe Carell Children’s Hospital at Vanderbilt University and second at a hospital in Libreville, Gabon. She also served as president of the student organization Kalama-Africa, member of the Student of Color Coalition, and President’s Student Ambassador.

Graduating K seniors Sarah Wallace, Dylan Polcyn and Kaeli Peach will speak at Baccalaureate on Saturday June 11, at 8:00 p.m., in Stetson Chapel. K Baccalaureate is a nondenominational service with student and faculty speakers and musical performances.