News and Events » News Stories » Summer in the Zoo
Tweet

What do students do at Kalamazoo College during the summer? They are certainly here—some 200 or so. Students from around the world enjoy these hot months on campus. They work as interns, they continue work-study jobs, they spruce up the infrastructure with Facilities Management (FacMan) colleagues, they conduct research in the Dow science building, they dive into the early phases of the Senior Individualized Projects. For fun, they run around, go on adventures, eat great food, and hang out with friends. Here’s what a few students are up to this summer. 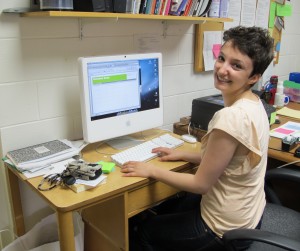 Meet Jane Huffman ’15, administrative intern for the theatre arts department, splitting her time between Saugatuck (Mich., where she’s working on the plays Xanadu and Game Show) and the Kalamazoo College campus. She has been having some fun cooking home made meals with her housemates and going to see some shows at the local theatres. She will study this fall in Chicago and is sad to be missing the opening festivities of the 50thanniversary season of Festival Playhouse at Kalamazoo College. 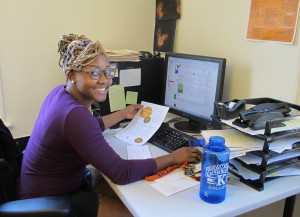 Dorraine Duncan ’14 is the student intern at the Arcus Center for Social Justice Leadership.  This summer she has been cooking up an international food storm. The best meal she has made was her own version of the Thai dish “Gra-Pow”. Her friend from Thailand gave her an eight out of 10! Dorraine will soon return to Kingston, Jamaica, for an environmental internship. It will be her first trip home in two years. 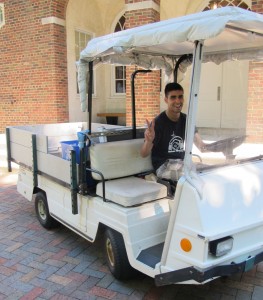 Utsav Adhikari and “The Beast”.

Utsav Adhikari ’14 is in his third year on the FacMan recycling crew this summer. On that experience rests his claim to be the “wisest of the FacMan recycling crew.” This summer he went to Irish Fest, one of many summer festivals in downtown Kalamazoo, and had a splendid time. He plays a lot of soccer with neighborhood acquaintances on the Davis Street soccer fields, and chills with friends at the beach in St. Joseph, Mich. At the end of June, he left for an internship at Pinnacle Solutions, a business intelligence company based in Indianapolis, Ind. 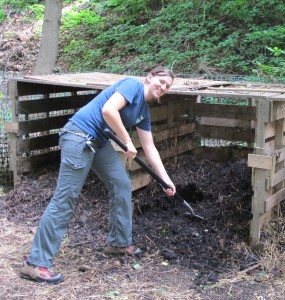 Samantha Jolly ’15 holds two positions this summer. She is one of three interns for the Lillian Anderson Arboretum. And she’s the College’s sole summer compost intern. Whatever you might imagine about that second post, Samantha likes both her jobs—minimal supervision! She is her own boss! At three o’clock everyday she heads home to start cooking something delectable; her best meal so far has been her black bean burgers. Every weekend Samantha heads downtown for brunch at her favorite local restaurant, Main Street Café. 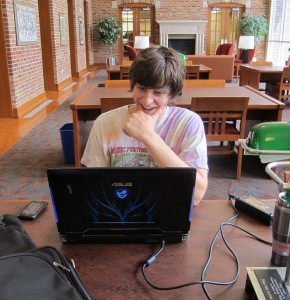 Tyler Nichols ’15 has been a busy kid this summer. He works full time as a chef at Henderson Castle, (he prefers the dinner shift). He also has a research stipend from K for an interdisciplinary research project with a political science emphasis. In between work and research he often finds himself at Bell’s Brewing Company or at impromptu block parties in the Vine Street neighborhood. 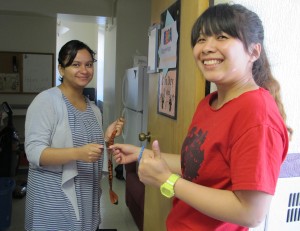 Erika Robles ’14 hails from Costa Rica and just returned to K from study abroad in Japan. In addition to working for FacMan she also serves as Hoben Hall’s summer Resident Assistant. “It’s much more chill in the summer here, with fun small events like barbeques,” she said. She can’t believe how many times she and her friends have made the trek by bus to the movie theater this summer. She has also been enjoying the festivals in downtown Kalamazoo. 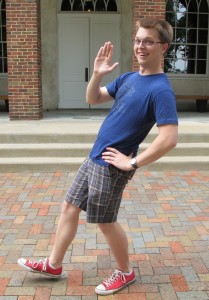 Brad Stech ’15 is a proud member of the custodial FacMan crew. He stayed over to earn some money before he heads out on his extended-term study abroad (nine months!) in Japan. He likes his job because of the funny and friendly people he gets to work with. In his free time he has been hanging out with friends, playing music, and enjoying sushi from downtown Kalamazoo. 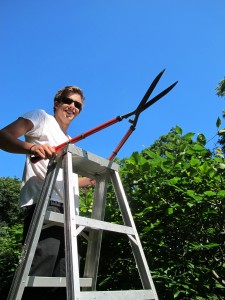 Dakota Clement ’14 lives with his friends in the Vine Street neighborhood. He is working his third summer for the FacMan grounds crew, and he is also starting preliminary research for his Senior Individualized Project. He is writing a poetry SIP based on nine of his favorite movies from directors Stanley Kubrick and Terrence Malick. These films include Clock Work Orange and The Thin Red Line. 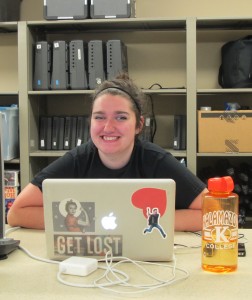 Hadley Harris ’16 lives only twenty minutes away from K but decided to stay on campus to continue her work-study job in media services. There are not too many media requests during the summer, so the crew has spent a lot of time cleaning the library’s DVD collection. When she can’t stand to be in the humid dorm rooms at night, she heads to the movies with her friends. 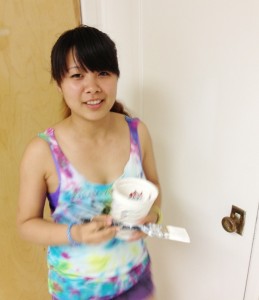 Sammy Li ’16, a native of China, stayed at K to work for FacMan’s renovation crew. She resides in the Vine Street neighborhood but often thinks about camping out in Hicks Center because of the summer heat! She has gone to the movies a lot, and not just because of the air conditioning. Her favorite films of the summer have been World War Z, The Lone Ranger, and Despicable Me 2.