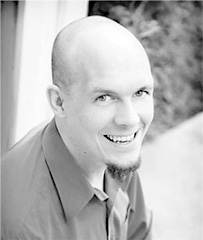 Scientist and science writer Rob Dunn ’97 (also an associate professor in the Department of Biological Sciences at North Carolina State University) traveled to the Gulf of St. Lawrence in 2012, on assignment for National Geographic Magazine to write about the area’s ecosystem. He fulfilled his obligation and wrote a very fine article (great verbs!) titled “The Generous Gulf.” You can read it here. (By the way, it’s a cogent explication of the direct relationship between environmental spoliation and human choice; a relationship that simultaneously inspires despair and hope.)

Only months later did Rob learn some back story to his National Geographic story–specifically, that he wasn’t the first in his family to make a “tourist” voyage to the Gulf of St. Lawrence. His forebear, one Thomas But (or Butt or Butts), son of the doctor to King Henry VIII, set sail for the Gulf in April of 1536. The voyages of the two relatives, separated by nearly five centuries, nevertheless shared a few similarities. And, THANKFULLY, the voyages differed in other (significant) ways. For example, Rob didn’t kill and eat any of his fellow travelers.

What Rob did do is write the fascinating back story for the Blog, Your Wild Life. It’s a great read, and we recommend it to our readers.