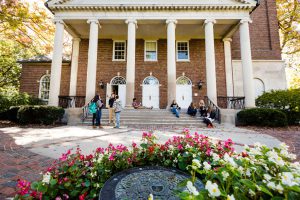 “As a consortium of colleges in the Great Lakes region, we urge legislative action in support of the goals of the Deferred Action for Childhood Arrivals (DACA) program,” the statement says. “The removal of this program will eliminate an important pathway to opportunity for motivated, constructive and committed young people.”

The GLCA statement adds, “We believe the threat to the future of these young people is also a threat to the values we work so hard to instill. Dismantling DACA will undermine a tenet of our nation which has been present throughout our history: that hard work, achievement, and productive contribution to our society matter more than ethnicity or place of birth.”