The Kalamazoo College Festival Playhouse 55th season features the theme of Assumption and Confusion, highlighting the gap between what seems to happen and what really happens. 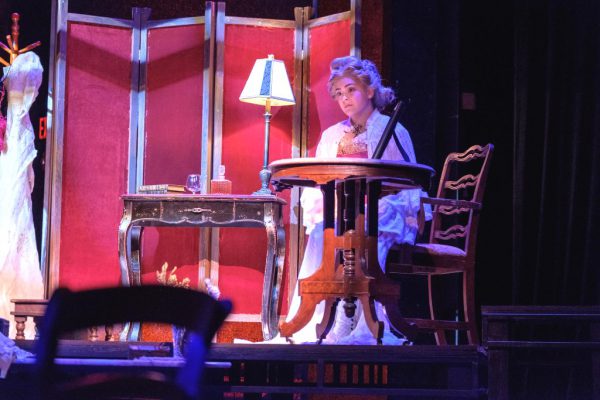 The fall production, “It Can’t Happen Here,” Nov. 1-4 will be a Michigan premiere. The story is a cautionary political tale based on Sinclair Lewis’ 1935 satire of what could happen if Fascism spreads to the United States. The stage adaptation focuses on political candidate Buzz Windrip, who no one takes seriously until he promises to return America to greatness and prosperity. After he wins the presidency, his administration devolves into confusion and danger.

“Student Body,” written by Frank Winters and directed by guest artist Bianca Washington, will run Feb. 21-24, 2019. Ten college students discuss what to do when they find a video of a sexual encounter recorded at a party. They debate whether it shows a sexual assault, who they should tell about it, and their responsibilities of reporting it.

William Shakespeare’s “Twelfth Night or What You Will” is scheduled for May 16-19, 2019. The production, directed by Theatre Arts Professor Karen Berthel, is known as one of Shakespeare’s most provocative and complex examinations of love and gender identity. Viola, disguised as a man, woos Olivia on Orsino’s behalf. However, Olivia falls in love with Viola’s male identity, who in turn longs to be with Orsino.

All three shows will be performed at the Nelda K. Balch Playhouse. Tickets are $15 for adults, $10 for seniors 65 and older, and $5 for students in the general public. Tickets are free to patrons who present a Kalamazoo College ID. As they go on sale, tickets will be available at festivalplayhouse.ludus.com or by calling the box office at 269-337-7333.