Experiential learning is getting renewed emphasis at Kalamazoo College, and there’s new evidence of its value as Communities in Schools of Kalamazoo presents an annual Champs award to a group of the College’s Civic Engagement Scholars (CES). 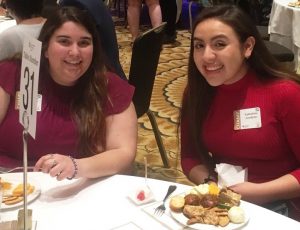 Sarafina Milianti (left) and Valentina Cordero were among the Civic Engagement Scholars honored with a Champs award May 9. 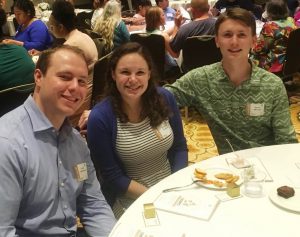 Each year, the Mary Jane Underwood Stryker Center for Civic Engagement trains and supports more than 20 Civic Engagement Scholars. They are paid student leaders who work with a variety of community organizations, including Communities in Schools (CIS).

CIS works with some of Kalamazoo’s most challenged public elementary schools, providing students and families the resources they need to get a good start on their education. Those resources include over 200 K students who work with Kalamazoo Public School students as mentors, classroom assistants, playground helpers and club leaders for lunch and after-school programs.

Among the seven Civic Engagement Scholars receiving the Champs award is David Vanderkloot ’18, who has spent all four of his school years at K mentoring a student at Woodward School for Technology and Research and leading over 50 of his peers who also work there.

Vanderkloot said getting to know the student he mentors and providing her with academic assistance and social and emotional support has been “transformational” for him.

“I came from a school that was well-off and high-performing, so going to Woodward, which was labeled a failing school and in threat of closing, a lot of times for things outside their control, gave me insight into why there are disparities in our education system and motivated me to keep trying to improve it in whatever way I could,” he said. 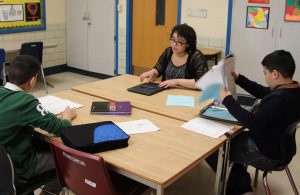 Kalli Hale is one of Kalamazoo College’s Civic Engagement Scholars honored by Communities in Schools of Kalamazoo with a Champs award. 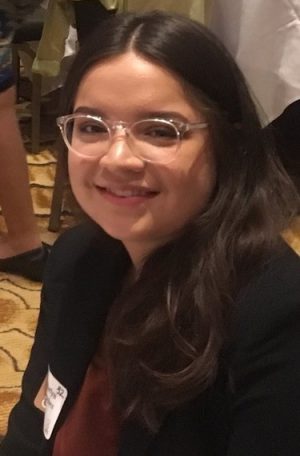 He said he arrived at K wanting to major in English, but with little idea where it would lead. Being a Civic Engagement Scholar

“helped me gain a real focus,” he said. “It was a formative experience.”

He said he learned that while he doesn’t want to be a teacher, he does want a career in the nonprofit sector that allows him to continue working in the youth development field.

Vanderkloot said reflection is a key component of the service learning process.

“It led me to ask more questions and think more in depth about the disparities in education and how there are a lot of interesting issues that create those disparities,” he said.

Opportunities like the CES program are expected to grow as the College makes connecting classroom learning to real-world experiences a key element of its new strategic plan.

The plan, “Advancing Kalamazoo College: A Strategic Vision for 2023,” calls for K to become “the definitive leader in integrating academic rigor with life-changing experiential education in a values-driven community.” And a process is underway to identify other potential opportunities locally and in conjunction with study abroad and study away programs.

The CCE partnership with Kalamazoo Public Schools provides a glimpse of what is likely to come, said Teresa Denton, associate director of the Center for Civic Engagement. It has been around in one form or another for two decades—long enough that K students have graduated and gone on to work with CIS. Among the CIS staffers who K students currently work with are Woodward’s CIS site coordinator, Jen DeWaele ’97, and El Sol Elementary School’s CIS after-school coordinator, Viridiana Carvajal ’15, a former Civic Engagement Scholar.

Such long-term relationships are mutually beneficial to the College and its partners, and give students perspective on the importance of their work to the communities they’re a part of.

“This is only possible because of the reciprocal partnerships we’ve been able to build and sustain with groups like CIS,” said Denton. “We consider both our students and our community partners as our colleagues in bringing K students and community members together to learn from one another.”