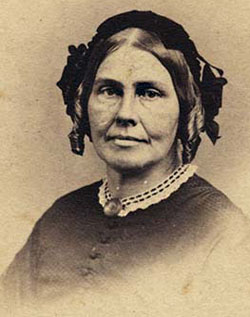 A 150th anniversary in the College’s history approaches–one, perhaps, lesser-known, but nevertheless vital to the spirit of the place.

On November 5, 1863, James and Lucinda Stone had led Kalamazoo College for twenty remarkable years, from its infancy to its state charter and a stellar reputation. They embraced evolutionary theory, espoused abolitionism and women’s rights, introduced coeducation, taught modern language and literature alongside the classical curriculum, and brought to the classroom a vibrancy and intensity that powerfully shaped their students’ minds. But these policies and practices, though fully in keeping with 19th-century progressive tendencies, were not uncontroversial. In the late 1850’s, the leadership of the local American Baptist Church, which retained control of the college, shifted sharply in a conservative direction. A rigid, parochial spirit took hold—anathema to the Stones’ goal of creating, in Mrs. Stone’s words, “an educational institution, not merely a Baptist College.” She herself was particularly suspect as an example of that dangerous creature, the educated woman. She later described her situation: “Harassed and hindered and trammeled in my work, the time finally came when I felt that I could never, there, realize my ideal of what teaching should be—more—I could not retain my own self-respect and my position at the College.” 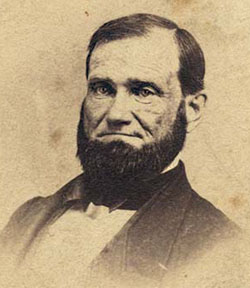 Growing financial troubles made matters worse and were blamed on Dr. Stone’s management. The Civil War drew off a large proportion of the male students, deepening the crisis. Finally, the trustees met on November 4, 1863, and heard a call for new leadership. The next morning, Dr. and Mrs. Stone submitted letters of resignation.

More than anything else, the student response testifies to the Stones’ influence: some 60 to 75 percent withdrew from school. Although many returned the following term, the College entered a period of decline in quality and reputation. It recovered only in the next century, reviving the Stones’ values and sustaining much of their vision into the 21st century. (Text by Gail Griffin; photos courtesy of Kalamazoo College Archives)