Kalamazoo College sophomore Robert Davis ’18 was one of 51 students selected recently out of nearly 1,500 applicants nationwide for a $5,000 scholarship from the Fund for Education Abroad (FEA). The money will go toward his study abroad trip to Rome, Italy. 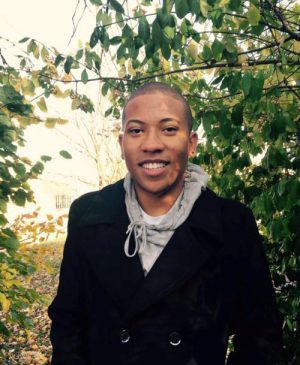 Robert Davis ’18 plans to take creative writing and theatre courses at the America University of Rome after earning a scholarship through the Fund for Education Abroad (FEA).

The students, who combined were awarded $225,000, will study abroad for up to a full academic year. This year, 88 percent of the students are of minority backgrounds, and 84 percent are first-generation college students. Almost all awardees, 98 percent, will study the host country language and 46 percent have a community college background.

Robert is excited to be connected with other students across the US and to embark upon a new chapter in his collegiate career in Rome. Robert says, “I’m excited to see ancient ruin sites like the Coliseum and the Arch of Constantine and glean more knowledge about theater of ancient Rome and explore how it has influenced contemporary Roman theatre. I plan to take courses related to creative writing and theatre at the American University of Rome and I’m excited to learn more about those disciplines in a new environment.”

He plans to take creative writing and theatre courses at the America University of Rome. He feels confident that his accomplishment will be a necessary stepping stone to advance to the grad school of his dreams so that he can return to his old high school to become an educator and publish his works.