Being a student at Kalamazoo College means discovering new opportunities to get involved everywhere you look on campus, even where you eat. 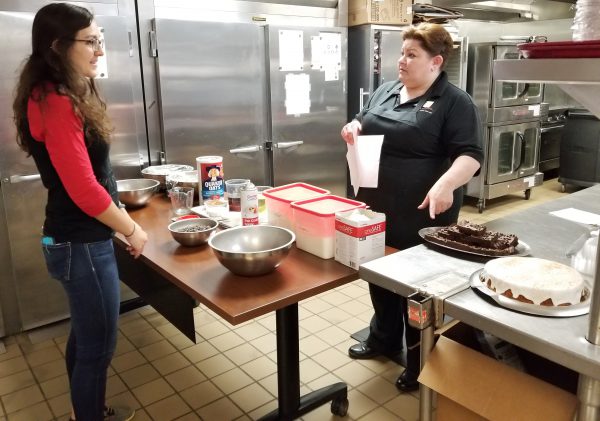 Baker Sarah Ross (right) talks with student Lezlie Lull as she points toward examples of the vegan banana cake and vegan/gluten-free black bean brownies students created May 10 during the vegan desserts event at Hicks Student Center.

Although Ross admitted she sometimes indulges in Greek yogurt or certain cheeses, she strives to maintain a vegan diet, occasionally finding baking or cooking ideas through family recipes and on the Internet. From there it’s a matter of increasing the ingredients in the right balances to find many of the dishes she serves to students.

Lezlie Lull, Rigel Bobadilla, Miranda Flores-Tirado and Shannon Carley participated in the class, learning to bake vegan banana cake and vegan/gluten-free black bean brownies from scratch. The desserts are easy enough to concoct at any off-campus apartment or on campus with the right supplies and tools. The students stirred, mixed, poured, folded, whisked, blended and processed until their delectable creations were complete. 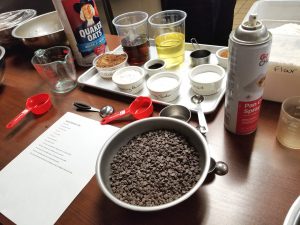 Dining Services regularly offers engaging activities such as Random Acts of Yum, which provides students with free treats such as root beer floats; special Chef’s Table dinners featuring locally sourced and sustainable foods; and an emergency coffee truck during finals week. This, however, was an opportunity to get hands on.

“We’ve done contests and events in the past, which have been fun, but not much that has involved teaching skills,” Dining Services Marketing Coordinator Tabitha Skornia said, adding more opportunities like the vegan desserts class are in the works. The next class will be a cheese class May 24. Plus, Dining Services is looking for suggestions on what else it might offer.

“What students like changes over time,” Skornia said. “We’d like to keep these varied, so students can keep walking away with different skills.” 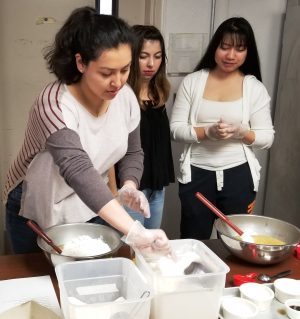 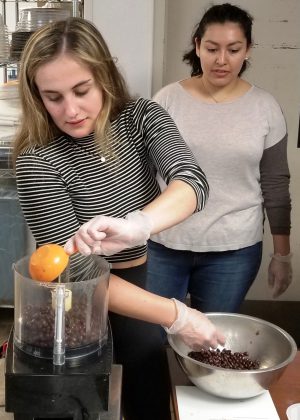 If you have ideas for food-inspired, hands-on opportunities, Dining Services wants to hear from you. Skornia is reachable by email at Tabitha.Skornia@kzoo.edu. In the meantime, feel free to try the vegan banana cake or the vegan/gluten-free black bean brownies yourself with the recipes below.