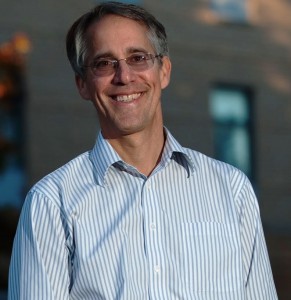 His lecture, “Angry Ghosts: Chinese Boxers, Foreign Invaders, and the Tragedies of 1900,” is free and open to the public. He will also meet separately with K students during his two-day visit to the campus.

Wasserstrom is Chancellor’s Professor of History at the University of California—Irvine, and editor of the Journal of Asian Studies. An associate fellow of the Asia Society, he is the author of four books, among them “Student Protests in 20th-Century China” and “China in the 21st Century: What Everyone Needs to Know.” He is also the co-editor of several other books, including “Chinese Characters,” an anthology of profiles of individuals. His current research focuses on the Boxer Uprising and the foreign invasion that crushed it in 1900.

Since 1956, the Phi Beta Kappa Society’s Visiting Scholar Program has been offering undergraduates the opportunity to spend time with some of America’s most distinguished scholars. The purpose of the program is to contribute to the intellectual life of the institution by making possible an exchange of ideas between the Visiting Scholars and the resident faculty and students.

The 13 men and women participating during 2014-2015 will visit 100 colleges and universities with chapters of Phi Beta Kappa, spending two days on each campus and taking full part in the academic life of the institution. They will meet informally with students and faculty members, participate in classroom discussions and seminars, and give a public lecture open to the entire academic community. Now entering its 59th year, the Visiting Scholar Program has sent 623 Scholars on 5,092 two-day visits.

Founded in 1776, Phi Beta Kappa is the nation’s oldest academic honor society. It has chapters at 283 institutions and more than half a million members throughout the country. Its mission is to champion education in the liberal arts and sciences, to recognize academic excellence, and to foster freedom of thought and expression.

Additional information about the Visiting Scholar Program can be found on Phi Beta Kappa’s website (www.pbk.org).