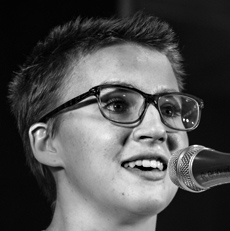 Kalamazoo College seniors Jasmine An and Allison Kennedy will receive a $10,000 Davis Project for Peace grant to implement a five-week creative writing and leadership workshop for previously incarcerated individuals in Kalamazoo. Both women are fellows at the Arcus Center for Social Justice Leadership (ACSJL). The workshop aims to reduce the stigma of incarceration and promote peace and stability in the community. The two also serve as Civic Engagement Scholars for the Center for Civic Engagement (CCE). In fact, it was a CCE creative writing partnership with the Michigan Prisoner Reentry Initiative that formed the basis of the project that was awarded the Davis Project for Peace grant. (According to CCE Director Alison Geist, nearly every K recipient of a Davis Project for Peace grant has been a Civic Engagement Scholar, and all have been leaders in CCE programming).

An and Kennedy will partner with Michigan United, a local organization that addresses incarceration and re-entry challenges faced by individuals in Kalamazoo. The ACSJL will donate space and supplies. The work will culminate in an anthology of work that highlights how Kalamazoo is confronting incarceration. An article on the seniors’ workshops appeared in the February issue of BeLight.

Projects for Peace invites all undergraduates at the 91 American colleges and universities that are partners in the Davis United World College Scholars Program to compete for these grants. A total of 127 projects were awarded implementation in the summer of 2015. 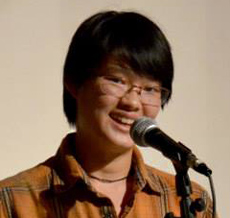 K’s history with the program is a successful one. Kalamazoo College students have used these awards each of the past seven years to conduct projects in Thailand, Kenya, Pakistan, Jamaica, Haiti, and Kalamazoo. An’s and Kennedy’s project will be the second carried out in Kalamazoo.

In 2007, Projects for Peace was the vision of philanthropist Kathryn W. Davis on the occasion of her 100th birthday. Until her death at 106 in 2013, Mrs. Davis was intent on advancing the cause of peace and sought to motivate tomorrow’s promising leaders by challenging them to find ways to “prepare for peace”.