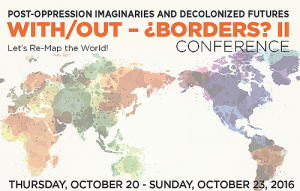 Kalamazoo College officials announced today applications remain open to attend the 2016 With/Out ¿Borders? Conference hosted by the Arcus Center for Social Justice Leadership (ACSJL) on the K campus in Kalamazoo, Mich., Oct. 20-23. An online application form, list of participants and details on the conference may be found at https://reason.kzoo.edu/csjl. 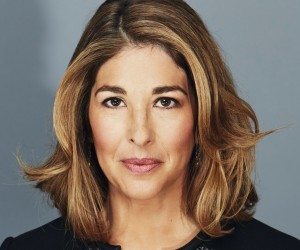 According to Brock, Naomi Klein will deliver a conference keynote presentation and participate in panel discussions. Klein is an award-winning journalist, syndicated columnist and author of The Shock Doctrine: The Rise of Disaster Capitalism. Published worldwide in 2007, Shock has more than a million copies in print in 30 languages. Her critically acclaimed new book, This Changes Everything: Capitalism vs. the Climate, was a 2014 instant bestseller now being translated into more than 20 languages. A documentary film based on the book will be shown during the conference.

Also during the Conference, Sunni Patterson will perform a spoken word/poetry piece, Christina Heatherton will discuss and sign copies of her new book, Policing the Planet, and Daniel Beaty will stage his play Emergency. In the play, Beaty performs 40 different characters who respond to the unexpected phenomenon of a slave ship emerging in front of the Statue of Liberty in New York Harbor. Through characters’ individual responses to the ship and their varied testimonies on identity and personal freedom, Emergency weaves a stirring commentary on what it is to be human and the longing to be free.

According to Brock, other confirmed With/Out ¿Borders? Conference participants thus far include:

The Arcus Center for Social Justice Leadership (www.kzoo.edu/arcuscenter) is an initiative of Kalamazoo College. Its mission is to develop and sustain leaders in human rights and social justice through education and capacity-building. The ACSJL envisions a campus and world where every person’s life is equally valued, the inherent dignity of all people is recognized, the opportunity to develop one’s full potential is available to every person, and systematic discrimination and structural inequities have been eradicated.

Kalamazoo College (www.kzoo.edu), founded in Kalamazoo, Mich., in 1833, is a nationally recognized liberal arts and sciences college and the creator of the K-Plan that emphasizes rigorous scholarship, experiential learning, leadership development, and international and intercultural engagement. Kalamazoo
College does more in four years so students can do more in a lifetime.