The last few years have been rough. President Obama’s last term in the White House has given many of us some of the most polarizing times we have ever experienced. It goes without saying that many have felt hopeless after being promised a change. Political disillusionment has clouded the air in a country struggling to find its true identity. In the midst of all this, unrelenting police violence has been in the spotlight driven by organized resistance to police brutality and renewed media interest. Police violence hasn’t necessarily gotten worse, but it’s being talked about more. This national conversation is absolutely necessary and should not let up. It’s important to utilize the tools we have – like our words – to rebel. Using words as resistance, Truthout recently published their first anthology, Who Do You Serve, Who Do You Protect? edited by Maya Schenwar, Joe Macare and Alana Yu-lan.

As the United States prepares to cast votes in the presidential election, people are reflecting. It’s no surprise to hear representatives of the political establishment making promises about which of society’s ailments they have a cure for. Each candidate appeals to the desires of their base. Politicians are expected to at least pretend that they care about bettering the lives of people in this nation. One of the issues that candidates have not been able to avoid is police violence. Trump has said he believes the police in this country are “amazing people” and Black Lives Matter is “trouble” while Clinton has attempted to ally herself with “Black Lives Matter” and sought to distance herself from an anti-Black past that included supporting her husband’s 1994 Crime Bill. Both Trump’s intentional ignorance and Clinton’s performance of understanding illuminate the dire nature of people on the ground finding our own solutions.

The never-ending cycle of extra-judicial killing by police recently took the life of Alton Sterling, and immediately, we saw the standard reactions of grief, disgrace, and faith in an ineffective justice system. But voices speaking out against demands to “let the system work” and “let the police do their job” are increasing. Many of us want more from our society. The work to amplify and make these voices heard is exhausting, but necessary. Our lives depend on collecting our thoughts and ideas to build and strengthen movements for a more just and humane world without police violence.

Who Do You Serve,Who Do You Protect questions the necessity of the police from several different angles. While some might talk about possibly reforming the police, many of the contributors to this anthology question the police down to their very existence. Contributors from different perspectives center the importance of a movement against state violence that appropriately challenges white supremacy. That message is central to much of the thinking in the book’s essays, and it’s something I often think about myself.

My piece, ‘Killing Africa,’ discusses the pressing need for an international Black movement. I went about this by describing the killing of Charly “Africa” Leundeu Keunang by the LAPD.

I was devastated by the online circulation of Africa’s death, and I wanted to write something meaningful. Africa’s killing embodies the need for a global Black movement. His nickname, Africa, immediately brought to mind the African diaspora. That he was a Cameroonian immigrant with a stolen identity during an ever-growing refugee crisis stuck in my mind. And, as someone who was homeless, his life made me think about the metaphoric homelessness of the diaspora and the displacement taking place on the African continent.

When a close friend mentioned that her mother knew someone who knew Africa, I jumped at the chance to interview this person about Africa’s life. This man from Los Angeles detailed everything I wanted to know about Africa, whom he called by another nickname “Both.” He also told me his own story. This man’s testimony eerily brought Africa back to life in the wake of his death.

Many of the essays in this anthology include words coated with frustration and agony, but the words also convey hope by pointing to solutions. Some authors offer news ways to address or not address the police while others provide analyses of the role of the police. And yet others, like Candice Bernd’s “Community Groups Work to Provide Emergency Medical Alternatives Separate From Police” and Kelly Hayes’s “Our History and Our Dreams: Building Black and Native Solidarity” discuss what it would take to bring about substantial changes in community relations with this violent entity.

The introduction to the book by the editors explains that “To Protect And Serve” won the LAPD’s motto contest in 1955 and would go on to be the slogan of departments across the country. There is an obvious lack of serving and protecting Black communities by the police, and now, some 60 years and countless accounts of horror, violence and oppression later, there is much to be said about what a myth this slogan is.

I, like other authors in this book, take the position that the existence of the police force in this country is unnecessary. As radical as that idea may be to some, it’s one that needs to be taken seriously because Black people in the nation are being killed by police and vigilante violence with a terrible regularity, and it’s been happening for generations. This anthology urges readers to think, dream, and work toward a world without police. 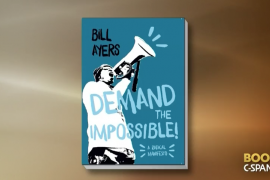 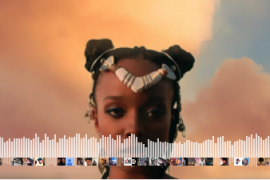