With the college application season winding down for high school seniors across the United States, acceptances and rejections are in, and in the wake of the bombshell college bribery scandal news, it’s hard to imagine a system more driven by privilege than the fraught application process to elite colleges.

Many were shocked by a wealthy few buying their kids’ admissions, and attempted to distance themselves from this obvious excess. My view is that myself and many of my peers function along a continuum of extreme advantage that simply doesn’t tip quite so far as to be deemed a felony crime. The system itself is rotten and we perpetuate it because there’s no obvious way to change it when we and our kids are held captive by it.

Who is this system working for? Certainly not the poor or middle class. Not especially well for many financially advantaged students. Probably not for the schools more concerned with their own metrics of successful recruitment rather than focusing on fundamentally making education an opportunity available to all. The structures that benefit the advantaged are so embedded as to seem invisible; and yet, they are core to the problem.

"We see, time and time again, people using their money and influence to create unfair advantage for their children," Howard University professor Ivory Toldson says of the college admissions scam uncovered by the FBI. "I'm happy that has come to light.” pic.twitter.com/7FRK2cvPsz

One foundational advantage for many wealthy students is access to excellent public education as a result of home ownership and redlining against poorer, Black communities just a few generations ago. When white people accessed home ownership from the 1930’s-1960’s, Black people were systematically denied mortgages, and redlined into neighborhoods that strategically devalued the homes they owned. The accompanying white flight resulted in a deflated real estate tax base in Black neighborhoods, and a strong public purse in white neighborhoods. As a result, Black communities’ and public schools were functionally segregated and underfunded. The largely white population who moved out of redlined neighborhoods often bought homes in middle class areas where white homeowners were the majority, and could help their kids go to college at a time when it was far more affordable than it is today. Among my white friends, remarkably few have parents without college education—obtained either through the GI bill (which significantly funded education for veterans, making it far more accessible, and also systematically disfavored Black people), affordable state and city colleges, or, for a rare few, from private colleges. Their grandparents may have lacked post-secondary education, but they owned homes, the engines of opportunity established long before the class of 2019 was born.

A second fundamental advantage in the college process is relative indifference about financial aid. Wealthier students can apply for early admissions decisions that make it more likely that they will be accepted but often preclude them from receiving financial support. Poorer students are not able to afford to forgo financial support, and so cannot “purchase” an increased likelihood of acceptance. They must consider aid packages from multiple institutions and cannot apply through early admissions programs without significant financial risk. Many elite schools fill more than half their classes in early admissions cycles, guaranteeing them a base on their yield –- a self-fulfilling metric demonstrating that few would turn down their offers. It’s not only this ‘stacking the stats’ that is obscene and wildly disadvantages the poor and middle class, the literacy for this process perpetuates unfairness. High school guidance counselors and private coaches explain this to students and families who can play these numbers games. They simultaneously help them manicure essays, catalog “experiences”, and decide which 10-15 colleges to which to apply at $75 a pop.

Inequity abounds at the individual level, too. Little league, children’s theater class, enriched math, summer camp, tutoring, club soccer, piano lessons, tennis lessons, ballet, SAT preparation, service trips, internships, walking to school safely or having a car to drive –-few of these privileges are unfamiliar among upper middle-class high school seniors. But this list: babysitting for siblings daily, working a minimum wage service job 20 hours weekly, taking a bus (or several buses) to school, sharing a bedroom with more than one sibling, inadequate internet, parents who themselves did not attend college and who work second and third shifts, missing school meetings that could demystify this world of academic opportunity—these are not the reality for most upper middle-class students. How can the playing field be even when so many systems support one set of students and disadvantage another?

Upper middle class students may themselves feel as though the system is unfair to them. Wealthier students may appear to have even more talent or resources, even more lessons or supports, and even more opportunities. But it’s easier to look up with concern than to look down to see how far up the ladder they begin.

We may feel comfort that we haven’t personally gifted Harvard a brand new $2.5 million building to purchase our children admission. It’s easier still to feel smug for not bribing coaches and SAT proctors, or faking sports talent. But ignoring less headline-grabbing advantages doesn’t negate them. I’ve thought a lot about how to get off the conveyor belt of college frenzy. We live in a society that confers great value to an elite college credential. It’s hard to step away from that and my kids would be drops in the bucket if they did not to strive to attend these schools. Advising students to forgo a college education in protest of their privilege would only create other seats for other similarly advantaged students without changing the structure that systematically advantages them and disadvantages others in the first place.

My own approach is to add one more private lesson for my kids. It’s essential to me to teach my kids to question this system and to recognize our responsibility to use our privilege to create a more equitable system. Our work is to shine a light on this system even as we live within it, to name structures that disadvantage others and to work to dismantle them.

#CollegeAdmissionsScandal:
To all #FirstGen college students, Immigrants, and students that come from low income households. We belong. We made a way out of no way. Our strengths, family, and community helped us survive the surviving. You’re brilliant in all ways. pic.twitter.com/hP4FVobtzJ

The same day Ivy League schools released admissions decisions, the New York Times ran a story on a film called Personal Statement chronicling the real struggle to enter college. Students from low-income backgrounds are jumping through hoops unimagined by wealthy students to be granted admission. Completing the inscrutable FAFSA form for financial aid, attending schools without guidance counselors or with counselors so overloaded they cannot assist students individually, schools that barely offer college preparatory classes, and parents who love their children but have no experience navigating this rarefied path of opportunity are just a few of the barriers facing these students. What could be further from a meritocracy? “Varsity Blues” may grab the headlines, but a system that is fundamentally and structurally inequitable is hard to defend at any point of entry, not just at its most explicitly criminal.

Jennifer Goldsmith serves both as Director of Administration and Programs for the Division of Global Health Equity at Brigham and Women’s Hospital (BWH) and as Managing Director at EqualHealth, focusing on medical and nursing education in Haiti. At BWH, Jennifer is a lead implementer of domestic health initiatives related to structural inequities in care. Jennifer co-teaches a course on global health practice at Tufts University and co-teachers on project management at Boston University School of Public Health. She serves as a Commissioner on the Brookline Women’s Commission. Jennifer is the mother of two teenage sons. 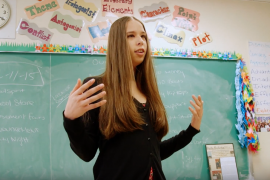 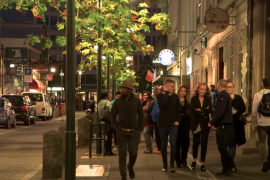