Universal government-funded health insurance goes as far back in history as 1883. Developed countries such as Germany, Sweden, Britain and Norway began providing some form of universal health insurance to citizens as early as the 19th century. According to Physicians for a National Health Plan, a single issue organization advocating for a universal, comprehensive single-payer national health program, the main reason that these health insurance programs were established was to protect citizens against wage loss during sickness and to win their political favor. Like today, these programs were highly politicized, but back then it was for very different reasons. Even though universal health care is considered a left-wing ideal today, in the 19th century, the conservative British and German working class heavily supported these programs to counter the growth of socialist and labor parties.

In the United States, there were no similar programs in the 19th century, nor did a ruling, working class advocate for them. Since 1906, various advocacy groups have introduced, lobbied for, and failed at passing legislation that institutionalizes various iterations of universal health insurance in this country. Barriers have included disagreement about how physicians would be compensated, concerns about weakening the strength and roles of unions and the influential, self-interest of the commercial health insurance industry, which was opposed to any reforms that limited its ability to reap a profit and the political naiveté of involved advocates.

Several presidents have advocated for universal health care insurance but failed to garner enough support from legislators. Theodore Roosevelt supported it but didn’t advocate strongly for it. Franklin D. Roosevelt was an advocate as well, but his administration during the Great Depression worried that pushing for socialized medicine would jeopardize advances in unemployment and social security benefits. During FDR’s four-term tenure as president, compulsory national health insurance was introduced in every Congressional session for 14 years. Truman followed in FDR’s footsteps and also supported various universal comprehensive health insurance plans. The opposition to universal health care framed their objection as resistance to the dangers of socialism and communism. During the Cold War era, anti-communist rhetoric was an effective push back. Strong lobbies like the American Medical Association used anti-communist propaganda to protect their self-interests. The rise of private health insurance led to enormous profits guaranteeing that the opposition to socialized health insurance was well-financed to uphold the status quo.

Though plagued with defeat, the fight for health care for all – centered by the belief that health care is a human right – led to some important victories including the establishment of Medicare and Medicaid, which provide health care for poor and elderly people. Through centuries, many advocates have continued to push for its institutionalization, but, instead of full implementation of a single payer plan, what has occurred is the passage of partial iterations of the ideal. Advocates for a publicly financed national health program that would fully cover medical care for all Americans stand by their belief that Obamacare, though ambitious, fails to live up to the ideal of health care as a human right.

In this presidential election, single-payer health care is back in the mainstream political arena thanks to Democratic Party presidential candidate Bernie Sanders and his adamant stance that it is the only long-term solution to America’s health care crisis. So what is Single-Payer Health Care? And if it’s so great, how come we don’t have it? I interviewed civil rights, social justice, and health activist, Dr. Linda Rae Murray, who explained what a universal health care system could mean for the United States and what continues to stand in the way.

Michelle Lugalia-Hollon: What exactly is Single Payer and how does it work?

Dr. Linda Rae Murray: The simplest way for Americans to think about Single Payer is that it is an improved Medicare plan for all. 1.) It would cover everyone in the country, with or without documents; 2.) All services, including behavioral services would be covered, making it more comprehensive than traditional Medicare. Single Payer is a minor reform in the health care system. It reforms the payment system. Instead of having 1,000 health insurance companies, we’ll have just one, the government. It is clear that co-pays don’t help people; they actually prevent people from accessing care. With single-payer, we eliminate the thousands of pharmaceutical companies and health insurance companies, including their costly rules and their administrative fees. The closest system to this is the one in Canada; they have a very simple system that has worked well for Canadians.

How is it a better system than what we’ve had in the past and in light of the changes that Obamacare has ushered in?
Single Payer would offer universal coverage for everyone in the country! We’ve never had that in the past or now. Obamacare is jumping less than half way over the puddle. It preserves the insurance companies and the pharmaceuticals and their profits. On its best day, it reduces the number of people without health insurance, but it denies many access to healthcare and institutionalizes a human rights violation.Finally, what we see already with Obamacare is increasing premiums and insurance companies beginning to withdraw from the market. That is because this market approach can’t work for everyone.

Why is there so much resistance to Single Payer?
Actually there isn’t resistance if you just count the people. If you look at power, those people want to keep making profits. The reality is that most people, if asked about Single Payer, support the principles of Single Payer, even most physicians. They might think their colleagues don’t, but they do, especially the younger ones, who have seen that our current system doesn’t work. The concept that there is resistance to Single Payer is a myth; it is not true. Every poll done around it, the numbers go up. There is no question that people support the concept. There may be resistance in Congress but, like I said, that is not the people.

Who stands to lose if such a system is implemented?
Very few people stand to lose. Take, for example, General Motors. They make cars in the US and Canada. Single Payer would benefit their bottom line. A lot of the money they spend on their employees goes to health insurance. On the Canada side, that is not the case. Most people in America would benefit from health care as a human right; only a small sliver of the capitalist class will lose money. But the rest of the capitalist class, universal health care helps their bottom line. There are a number of different mechanisms to pay for Single Payer. You will find in the rest of the world, in other capitalist countries, universal healthcare helps their bottom line.

Although Bernie Sanders’ campaign is winding down, some argue that his campaign has been successful at pushing Hillary Clinton’s platform towards the left when it comes to certain issues, however Single-Payer is not one of them. In US history, any legislation, regardless of how life-saving or morally just it is, that threatens the private sector’s profit margins is typically met with well-financed resistance. With respect to Single-Payer it behooves us to remember that Martin Luther King taught us that the “arc of the moral universe is long, but it bend towards justice”. Perhaps the struggle to get our legislators to affirm that health care is a human right will outlive this generation, but if the passage of the Affordable Care Act, despite its shortcomings, is any indication that we are bending towards justice, there might be some hope that we can establish a Single-Payer Health System in this country. If you would like to get more informed and join this struggle, learn about the work of the Physicians for a National Health Program. 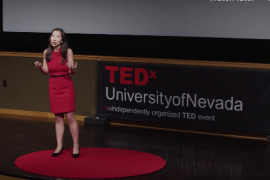