White nationalism has a long history in the United States. With Donald Trump in the White House and the worst potential impacts of climate change becoming more real every day, stopping white nationalism may be more urgent than ever. Because permanently stopping it requires transforming the conditions that birth and sustain it, understanding its structural roots is critical.

The Emergence of Whiteness and Racial Capitalism

When European peasants arrived in Virginia as indentured servants on tobacco plantations many resisted the exploitation of their labor. They ran away, worked slowly, sometimes struck masters, and regularly united with Africans to rebel against their common condition. Although the history has not been well documented, we know that in York, Virginia, there was a multi-ethnic uprising in 1661. That same year in Gloucester County, a court accused “nine laborers of conspiring to arm 30 persons to overthrow the colonial government of Virginia.”[1] Court records show that this integrated group of workers planned to seize weapons to demand their freedom and safely flee the colony in case their demands were not met.

African Americans fought in the first armed rebellion against British authority in the colonies, Bacon's Rebellion, in 1676. Nathaniel Bacon was a member of the rising generation of colonial planters… #blackfacts #blackfacts365 https://t.co/MW4s8pT5EO pic.twitter.com/Uzyh000JFx

These frequent rebellions culminated in “Bacon’s Rebellion,” a nine month sustained rebellion involving both enslaved Africans and indentured European and African workers. Because the rebellion disrupted tobacco production for nine months, Virginia’s colonial government sought ways to prevent further rebellions. In this historical context, laws to permanently enslave Africans and outlaw intermarriage between Europeans and Africans were critical to maintaining and expanding production.[2] Because these developments resulted in vastly different material investments for workers on opposite sides of the color line, they effectively stopped cross-race rebellions. Consequently, the emergence and maintenance of whiteness became crucial to facilitating economic growth and capitalism would always be racial capitalism.[3]

Whiteness, Racial Capitalism, and Economic Growth
By the time Black resistance ended slavery during the US Civil War, whiteness gave white workers’ lives such meaning that, as W.E.B. Du Bois put it, they preferred poverty to equality with Black people.[4] Thus, when presented with an opportunity to follow the political leadership of Black people into a more democratic and humane world, they instead chose to protect their whiteness. Explaining their rationale, Du Bois wrote that while they received a low wage, they “were compensated in part by a public and psychological wage,” that “had great effect on their personal treatment and the deference shown them.”[5] Written into law as Jim Crow legislation while the US was industrializing rapidly, whiteness and the psychological wage became crucial to US economic growth and technological development.

Because industrial workers have a historical tendency to resist, industrial profits also exhibit a historical tendency to decline over time.[6] However, in the US, white workers’ commitment to whiteness served to mitigate this tendency.[7] Although white workers did organize, because they refused to organize Black workers, they allowed companies to break their strikes by hiring black workers.[8] As a result, by the time the United Mine Workers and United Auto Workers committed to organizing across the color line in the late 1930s, the US had already become the largest economy in the world.[9]

Although Black migration to northern cities, inclusion in unions, and increased industrial employment during WWII challenged the foundation of white people’s psychological wage, its relationship to economic growth persisted after the war. Through redlining, racist allocation of GI Bill funds, and federally financed suburbanization, the psychological wage was reformulated with new consequences for economic growth. Describing these processes in 1969, James Boggs wrote, “In the same way that blacks have been forced to take on the old substandard jobs, disdained and discarded by whites, they have been confined to used homes, used schools, used churches, and used stores…For the used homes and churches they make excessive payments which add to the total capital available to the entire economy for new buildings, new plants, new churches, new homes. As in the days of primitive accumulation, the entire white community benefits, not only from the direct receipt of interest and principal on these homes and churches but in terms of new industries with their streamlined buildings and their increasingly skilled jobs.”[10] Boggs also documented how this sum of total capital, developed through the two-sided coin of whiteness and racism, enabled the US to become the most technologically and economically developed country in the history of the world.

Racial Capitalism, White Nationalism, and the Underdevelopment of White People
According to Boggs, this economic and technological development was contradicted by white people’s social and political underdevelopment. “Step by step, choice by choice…they have become the political victims of the system they themselves created, unable to make political decisions on the basis of principle no matter how crucial the issue.”[11] Thanks to this underdevelopment, white people consistently attribute personal problems with structural causes to groups of nonwhite people.

Built into the United States’ culture and history of racial capitalism, this underdevelopment has fueled white nationalism historically, ebbing with economic growth and flowing at moments of change and economic slow downs. Housing and jobs have arguably been the historically most significant areas where racism has counteracted a falling profit rate and affirmed white people’s psychological wage. With the passage of the 1968 Fair Housing Act and the Equal Opportunity Employment Commission, nationalism-prone whites lost some of their psychological wage and the economy lost a major means to counteract the falling rate of profit. When combined with the costs of the Vietnam War and competition from foreign corporations, these civil rights laws undermined the historical relationship of racism to capitalism and transformed the system of racial capitalism as a whole.[12] Instead of working to counteract the falling rate of profit, racism slowly began to justify mass imprisonment in a strategy to prevent unneeded Black workers from being a drain on the economy.[13]

ON THIS DAY in 1968, LBJ signed the Fair Housing Act, prohibiting housing discrimination based on race, religion, or national origin. pic.twitter.com/UqRcA8DnUv

As racial capitalism has transformed, so too has the function of whiteness. From 1815-1968,[14] whiteness functioned to counteract the falling rate of profit and enabled white people to say, ‘at least I’m not Black.’ From the 1970s onward, for nationalist prone whites, whiteness has lost value and functioned differently, in a less uniform manner, and is experienced within an economy consistently headed towards, or in crisis. Experiencing a degree of social and economic uncertainty that for them is unprecedented, white nationalist ideas have appeal to many whites because they provide a politically and socially underdeveloped people with a way to make sense of the changes around them. Thus, faced with an environmental-economic crisis that literally threatens their survival, white nationalists are attempting to preserve the US as a white nation by building a wall, punishing people of color, and assassinating Democratic politicians.

White nationalism has structural roots in the emergence and historical development of racial capitalism as a world system. As the system emerged, whiteness was given value and facilitated the system’s growth and expansion. As the system has transformed, the value of whiteness has also transformed. With the system quickly reaching its systemic limits, contemporary white nationalism is a logical outgrowth of the system’s structural crisis. In order to stop it, activists and organizers must see the system’s structural crisis as an opportunity to create a new system and learn to facilitate systems-change in addition to defensively struggling against it.

Matt Birkhold is founder and executive director of Visionary Organizing Lab, an educational laboratory that experiments with training people to facilitate the systemic transition of the world-economy into a sustainable system that values human dignity. He is a facilitator, trainer, and author of the forthcoming book, Change is Coming: Lesson’s from Detroit’s Black Power Movement for Organizing in a Period of Systemic Transition. He lives in Washington DC.

[8] Bruce Nelson’s Dived We Stand is a classic documenting this historical tendency.

[14] 1815 is the point at which industry is fully developed enough in Europe and the United States that the labor of enslaved Black workers becomes more important to creating profit across the world-economy than the sale of slaves. 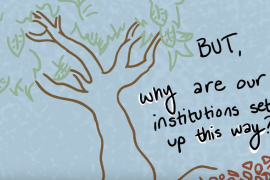 How Are Capitalism and Racism Connected?
U.S. Accused of Trying to Unconstitutionally Strip Citizenship of U.S.-Born Woman Who Joined ISIS 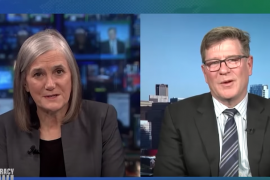