Mah-Hi-Vist Goodblanket, Christina Tahhahwah, John T. Williams, Nicholas “Sul” Concha, Corey Kanosh, Benjamin Whiteshield, Christopher J. Capps, Sarah Lee Circle Bear, Loreal Juana Barnell Tsingine, and Paul Castaway are just some of the Native Americans who have recently been killed by police. Indeed, Native Americans are the race most likely to be killed by law enforcement. Yet these stories are ignored in mainstream media. Violence against Native women is an epidemic: one in three Native women will be raped in her life time, and Native women are murdered at a rate ten times the national average. Yet this violence is often not known outside of Native communities. Over and over again, violence against Native Americans is rendered invisible. This syllabus was formed to help fill this absence.

Even if ignored in mainstream social culture, Native Americans are always organizing and advocating around issues that impact them. The original Native Lives Matter Coalition (website here, facebook page here, and twitter here), for example, which is based in the Twin Cities, Minnesota, works to prevent violence against Native communities, address treaty violations, and advocate for environmental justice. Settler-colonialism – an oppression unique to indigenous peoples – connects all of these issues. This syllabus focuses specifically on violence and recognizes the role of settler-colonialism and systemic racism.

This syllabus is arranged topically, and in addition to touching on issues such as police violence and violence against women, we provide a historical and political framework. Why are there such high levels of violence impacting Native communities? What laws prevent tribal communities from protecting their own citizens? How are contemporary violences woven with histories of colonialism, racism, and heterosexism?

We acknowledge this is not the full spectrum of available resources and readings. As much as possible, we have tried to choose resources available for free online. However, there are quite a few critical books that we have included on the list that you can find at your local library or bookstore. Additionally, it should be noted that though the website in general privileges the work of marginalized peoples, this syllabus contains the work of both indigenous and non-indigenous writers. Not every reader will agree with everything on this list; if you don’t like something, move on to the next one. 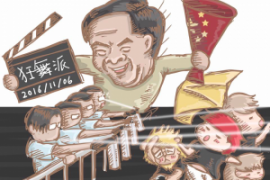 For Hong Kong Artists, the Internet Is Freedom’s Last Frontier
River of Resistance