I am incarcerated at Central California Women’s Facility (CCWF). CCWF, with more than three thousand prisoners, is the largest women’s prison in the United States, and the world. I am sharing my observations of the COVID-19 pandemic from my side of the prison walls.

We went through several versions of modified schedules allowing limited time outside of our unit. One Saturday morning in April, the institution was recalled, meaning that all incarcerated people were ordered to return immediately to our units. After four hours, we were informed that a staff member may have contracted COVID-19. We were then told that contact tracing was being done and that those who had come in contact with the staff member in question would be tested and isolated until test results were received. The following Monday, however, exactly two days later, those individuals were released from quarantine.

I began wearing a surgical mask at all times. As someone who is medically vulnerable to COVID-19 complications due to heart conditions and asthma, among other things, I wanted to be proactive to protect myself and my immuno-compromised and elderly roommates. So, when it was announced later that month that masks would be required for inmates and staff alike, it seemed then that I was ahead of the game. Three months later, it looks like I am still ahead of the game.

Following the order requiring mask usage, I witnessed as many as five correctional officers crammed into an officer’s station, laughing without masks. In contrast, as inmates we had to be “confined to quarters” or issued disciplinary infractions for mask noncompliance. Moreover, prisoner issued masks were reportedly treated with fire retardant, making them uncomfortable, itchy, and smelling terrible. To disinfect the masks, I soaked mine in hot water, and the water turned bright orange. While I believe we all need to be doing everything we can to protect ourselves and others, it is disgusting that guards threaten us for not wearing masks even as they themselves refuse to comply with similar rules. This hypocritical refusing of mask compliance poses risks to us and themselves. It is a fact that staff are the main vectors introducing SARS-COV-2 infections into controlled environments such as the prison. Prison staff could endanger hundreds of incarcerated people, and there would be nothing to hold them accountable.

In April, I spoke with the Acting Warden and the Captain of the Facility yard about their expectations for staff wearing masks. They reiterated that this was a mandatory policy. When I implored them to review surveillance footage showing guards lacking compliance, I was dismissed. Three months later, nothing has changed. Staff continue with erratic and inconsistent mask use, and even medical staff refuse to follow the mask mandates. My roommates and I are incredibly frustrated and scared for our health and safety.

As we have learned from other prison facilities and immigrant detention centers, all it takes is ONE positive case to spread this lethal virus to hundreds of vulnerable people. All it took at the California Institution for Women (CIW) in Chino, was one staff member from PIA fabric, a work site for many incarcerated workers, to spread to the incarcerated population. Now, over 150 people have had COVID-19 at CIW and one of them has died. All it took for the outbreak at some of the men’s prisons, like San Quentin, was for infected men to be transferred in, and now the infection rate and death toll are growing. It takes just one case in these confined spaces.

As of this writing, nine staff at CCWF have tested positive, and more and more incarcerated people are being isolated for exposure risk, although quarantines have been erratic, inconsistent and awful. It seems only a matter of time. As we have seen this pandemic grew across the globe and throughout prisons, it just takes a few cases, or even just one.

Anonymous has been incarcerated over 24 years, currently at Central California Women’s Facility (CCWF), and is a member of the California Coalition for Women Prisoners (CCWP). CCWP is a grassroots organization of current and formerly incarcerated people caring collectively for people in women’s prisons.  While incarcerated she is committed to continuing her education, getting her paralegal and AA degrees. Her principles of justice and equity fuel her writing. 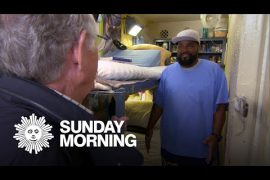