New guidelines published by the Trump administration through the Centers for Medicaid and Medicare[1] allow states to apply for federal funding to support programs that impose employment requirements on Medicaid beneficiaries. Over the past year, seven states have successfully received federal funding for such programs, with an additional eight applications pending. Arkansas instituted work requirements in September 2018 and over 18,000 people have already been disenrolled from Medicaid[2].

Requiring our citizens to demonstrate engagement in the workforce in order to access healthcare is fundamentally at odds with health care as a human right and is unjust. Medicaid disproportionately serves Black, Latin-x, and Native American people because of the historic and ongoing economic and racial oppression of these groups. An employment requirement would disproportionately threaten the right to healthcare to these communities, who already experience structural racism that negatively affects their health. You do not need a degree in health policy to know that people of color will disproportionately lose Medicaid coverage because of the new employment requirements.

A9: Children of color are more likely to be uninsured, this is the result of decades of discrimination in employment and health care. #Medicaid allows for more kids to access the health care they need, helping ensure all kids have a strong start. #healthequity #WellnessWed pic.twitter.com/Ic2XJuAw2e

Rather than asking how structural racism impacts health and healthcare, we must ask how healthcare in America—and its global reach—is structural racism. Economic inequities are a root cause of health inequities globally, and drive morbidity and mortality in tragically predictable ways, but people of color are uniquely targeted by systems of capitalism, imperialism and colonialism. Without recognizing the depths of our miseducation as health professionals on the true root causes of illness, and how we have often served as agents of structurally racist policies, we will never agree on the solutions needed to correct our current system of global medical apartheid. As a Black woman who was raised in West Philadelphia and who has lived and worked in healthcare settings in Boston, Botswana, Haiti, Philadelphia, and elsewhere, a global anti-racism campaign is both urgent and personal.

What does structural racism look like, besides examples like Medicaid employment requirements? Research has shown that 50 percent of Black people in the USA only use about 10 percent of the hospitals in the country, and that those hospitals, termed “minority serving” institutions, tend to be of lower quality[3]. This trend is a direct result of our country’s history of racial redlining and the resultant racial and economic segregation of communities. Health professionals should be uniformly demanding that all hospitals work to end racial segregation of patients, and that these hospitals have access to more resources to address issues with quality and historical injustice. Unfortunately, many elite academic medical institutions prioritize attracting wealthy patients from the USA and abroad instead of serving their surrounding communities, perpetuating medical segregation. Similar examples abound in every aspect of American healthcare, and I would argue global healthcare as well. We have spent too much time documenting these kinds of racial disparities (or differences) but struggle to do the transformation work necessary to correct them through distributive justice and other mechanisms.

We know structural racism is at work when we see the unjust differences in life expectancy here in our own backyard in Boston. The predominantly Black community of Roxbury has a life expectancy of 58.9 years. Compare that to the predominantly white community of Back Bay, with a life expectancy of 91.9 years. Why, in a state with the highest rates of health insurance in the country, is the life expectancy difference between these two zip codes 33 years[4]? Resources critical to ensuring good health have been systematically and historically withheld from neighborhoods like Roxbury, but poverty alone does not explain the difference. Structural racism, a system of concentrated advantage for white people and concentrated disadvantage for people of color, best describes the net sum of the forces of oppression at work.

Physicians have too often been on the wrong side of history and politics when it comes to addressing structural racism and achieving health equity. Former Secretary of Health and Human Services, Dr. Tom Price (an orthopedic surgeon) advocated against the Affordable Care Act, which expanded health insurance to millions of Americans, especially people of color. Former Director of the Centers for Disease Control and Prevention (CDC), Dr. Brenda Fitzgerald (an OBGYN) not only continued her financial holdings in tobacco companies while acting as a public servant, but was also complicit in the CDC’s labeling of phrases like “science-based” as unfavorable language[5]. We have a unique opportunity in our current political moment to organize health professionals around naming structural racism and fighting to eliminate it in order to achieve health equity. We must decide that as health professionals we will no longer be a part of the problem, and we must hold each other accountable.

A recent experience I had while participating in a leadership training course through my hospital hosted by Harvard Business School illustrates the depth of the challenge ahead. When discussing a case about innovation in orthopedic surgical care being developed by a for-profit group of orthopedic surgeons in California, I shared that this innovation was likely to worsen health inequities in the communities served by the for-profit organization. The business professor was unaware that patients with Medicaid were not able to access care at this for-profit organization. The very fact that health care organizations can decide to refuse Medicaid is yet another example of structural racism. My professor did not realize that the case supporting innovation was explicitly excluding the most vulnerable patients (who are disproportionately people of color); but he is not the problem. The problem is that we as health professionals allow these systems of medical apartheid to persist. This is not the kind of leadership training that will lead to health equity.

Global examples of structural racism are endless, and overwhelming. Salary inequities between predominantly white consultants and experts from the Global North and predominantly black and brown local experts in the Global South is one worth noting. The legacy of colonialism and current racist neoliberal policies have lead to the ongoing impoverishment of Haiti and countries in Africa, just as they have in neighborhoods like Roxbury. White supremacist culture seeks to prevent global solidarity between health professionals working against structural racism in the USA with health professionals in Haiti, Mexico, Cuba, Uganda, and countless other countries. This is why our anti-racism work must be global in its scope and local in its actions, and why we have launched a Global Campaign Against Racism for health workers6[6].

Dr. Camara Jones-excellent Psychiatry Grand Rounds on racism – a system that involves structures, policies, practices, norms and value. & for those who feel uncomfortable with this — “The edge of our comfort is our growing edge.” @The_BMC @MSMEDU pic.twitter.com/DJmwvEtF2N

So where do we start? We start by using pedagogy grounded in anti-racist praxis to accelerate change in order to achieve health equity this generation. We must commit to naming racism, understanding how racism is operating here and now, and organizing and strategizing to act; all parts of a call to action by Dr. Camara Jones, past President of the American Public Health Association. Our anti-racism work in health care must be intersectional, and explicitly anti-capitalist, anti-misogynist, anti-ableist and anti-heteronormative. We must demand that we interrogate unfair white advantage just as much as Black and brown disadvantage. The Movement for Black Lives advocacy platform and the 2001 United Nations declaration from the World Conference Against Racism, Racial Discrimination, Xenophobia and Related Intolerance, should serve as guiding documents for our anti-racism work in health care, among others. Our work must center a goal of supporting the next generation of health professionals to accelerate their political education. Most importantly, our work must center our patients and communities and their lived experience of structural racism.

Achieving health equity is a process and not an event. Medicaid employment requirements are structural racism, just like the rest of American healthcare. But we have the potential to transform health care now. We must work across disciplines to remediate decades of structural racism to improve the health of our entire society, while insisting upon a new expression of our role as health professionals in societal change.

Dr. Michelle Morse works to rethink medical education and expand the teaching of social medicine globally, and to support health systems strengthening through equitable approaches to human resources for health. She serves as an internal medicine hospitalist, Founding Co-Director of EqualHealth, and social medicine course director at Harvard Medical School. Previously, she served for three years as deputy chief medical officer at Partners In Health (PIH) and as Assistant Program Director for the Internal Medicine Residency at Brigham and Women’s Hospital, and now serves on the Board of Directors of PIH. In 2015 Dr. Morse worked with several partners to found the Social Medicine Consortium (SMC), a global coalition of over 800 people representing over 50 universities and organizations in twelve countries, which seeks to use activism and disruptive pedagogy rooted in social medicine to address the miseducation of health professionals on the root causes of illness.  In 2018, Dr. Morse was awarded a Soros Equality Fellowship to work on the SMC’s global Campaign Against Racism. 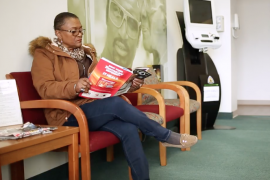