In Chicago, the #LetUsBreathe Collective has transformed a lot adjacent to the Homan Square facility, exposed as a Chicago Police Department “black site” by The Guardian last year, into a beautiful organizing space aptly called Freedom Square. While the city continues to divest social resources from our communities, this site of torture has become a site of freedom and visionary love in a neighborhood that is over-policed and over-incarcerated. According to Million Dollar Blocks, North Lawndale committed nearly $241 million to incarceration in 2005-2009.

Following the Black Lives Matter march and civil disobedience at CPD’s Homan Square in Lawndale last Wednesday, July 20, activists set up camp to continue the momentum and imagine a world without police by creating a collective space that embraces principles of love, justice, and solidarity. Volunteers, who staff the encampment around the clock, have organized a pantry, outdoor kitchen, art-making and learning stations, a library, play areas, and sleeping quarters. To serve the community, Freedom Square, provides free food, free books, and free political education. But in addition to these offerings, Freedom Square is also making concrete political demands that directly challenge police violence. Specifically, activists are calling for the CPD to provide the family of Pierre Loury, the young teenager who was killed by police, with the official police report. They are also demanding that the City Council’s Public Safety Committee recall the proposed Blue Lives Matter ordinance that would expand protections for police and make protesting a hate crime.

If, as Cornel West says, “justice is what love looks like in public,” then Freedom Square is an embodiment of practicing justice. Braving severe summer thunderstorms and the heat, activists have camped out for an entire week and plan to continue the occupation until their demands are met. Every day, Freedom Square provides food for hundreds of people and hosts community programs that have included an evening of storytelling by Free Street Theater, a yoga class, and art-making and writing workshops. Support and donations have poured in as organizers post updates on social media announcing needs ranging from breakfast foods and ice to daily trash removal and dish-washing.

As a space committed to radical transformation, Freedom Square invites collaboration with families of police violence as well as intra-community violence, survivors of police torture and brutality, and all community residents. In this spirit, the #LetUsBreathe collective recently released the following collaboration principles:

These liberatory principles welcome and invite people into a new community-in-the-making where individuals are not only accountable to one another but also seen as actors who can both help transform the world and themselves. In the powerful words of revolutionary thinker Grace Lee Boggs, “We have to change ourselves in order to change the world.” With grace, imagination and courage, Freedom Square offers a glimpse into a new future and is boldly is showing the world how to make Black lives matter. 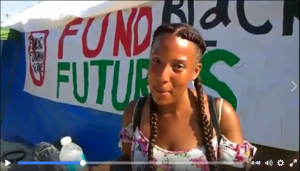 #FreedomSquare Builds a World Without the Police in the Shadow of a Police State
by It’s Going Down
For the past several days, a commune has been growing on the West Side of Chicago in the North Lawndale neighborhood in a vacant lot across the street from the Homan Square police facility. But this old brick police building is much more than simply an ominous substation; it acts as a black site, or in other words, an off the books police holding facility where suspects are taken, questioned, and often denied any sort of legal rights or representation. Read more here.

Activists Turn Chicago Police Torture Site at Homan Square Into Freedom Square
by Michelle Zacarias and Earchiel Johnson
It was a scorching eighty-seven degrees in Chicago July 26, but the abandoned lot on the intersections of Homan and Fillmore remained occupied by protesters with tents, banners and chairs, as they approached the fifth day of their sit-in protest. Read more here. 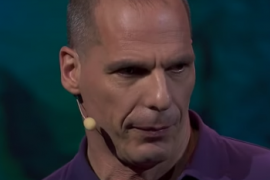 Capitalism will eat democracy — unless we speak up
Law, Protest, and Social Movements