The Confederate memorials throughout the South have been a regular eyesore for Black people for too long. Before Dylann Roof’s massacre in Charleston, I had always thought their removal was extremely unlikely. Now that some locations in the South are finally ridding themselves of these symbols of white supremacy, the pushback against their removal raises questions about what they really represent. This conflict is about more than how we remember history and it’s about more than the preservation of Confederate memorials. It seems that for defenders of these memorials, taking down the statues is a concession of sorts that whiteness is no longer valued above all else. Ultimately, the attempt to preserve these memorials is about preserving ideological whiteness and white supremacy.

Confederate symbolism permeates public life in the US South. That is to say, you might see a Confederate statue on a walk in the park and Confederate re-enactments remain popular across the South. More than that, the anti-federal political project of the Confederacy can still be seen in the “no big government” sentiments expressed by Southern political officials in their rhetoric and policies today. The defeat of the Confederacy in 1865 did not mean that white supremacy or the political project of the Confederacy disappeared. Instead, the power and influence of white supremacy in the South has fluctuated according to political struggles. The peak of the Klu Klux Klan in the 1920’s, the civil rights movement’s integration efforts, and the growth of white supremacist groups in the late 1980’s and early 1990’s are just a few examples.

KKK's protest in Virginia gets outnumbered by counterprotesters over the removal of a Confederate statue: https://t.co/7LcynDmCjZ pic.twitter.com/nJsp1n7auN

The Removal of Confederate Memorials

In response to the Charleston Massacre — and photos posted on Roof’s website showing him posing with the Confederate battle flag and other emblems of white supremacy — many politicians distanced themselves from Confederate romanticism and began taking steps to remove Confederate symbols such as flags, monuments, and other public symbols. In May, the city of New Orleans, Louisiana spent $2.1 million dollars to remove the monuments that stood in honor of white supremacy.

Mayor Mitch Landrieu published a poignant op-ed in the Washington Post about the opposition to the removals:

“Getting here wasn’t easy. It took a two-year review process, a City Council vote and victories over multiple legal challenges. The original contractor we’d hired to remove the monuments backed out after receiving death threats and having one of his cars set ablaze. Nearly every heavy-crane company in southern Louisiana has received threats from opponents. Some have likened these monuments to other monuments around the world from bygone eras, and have argued that civic resources would be better spent trying to educate the public about the history they embody. Respectfully, that’s not the point. As mayor, I must consider their impact on our entire city. It’s my job to chart the course ahead, not simply to venerate the past.”

He went on to say:

“The record is clear: New Orleans’s Robert E. Lee, Jefferson Davis and P.G.T. Beauregard statues were erected with the goal of rewriting history to glorify the Confederacy and perpetuate the idea of white supremacy. These monuments stand not as mournful markers of our legacy of slavery and segregation, but in reverence of it. They are an inaccurate recitation of our past, an affront to our present and a poor prescription for our future.”

While Landrieu’s sincerity may be up for debate, the significance of his op-ed and the removals is not lost on those like myself who never expected to see such a thing. The powerful image of Bree Newsome climbing the 30-foot flagpole in front of the South Carolina State House in the aftermath of the the Charleston Massacre to remove the Confederate flag is now ingrained in my memory and the collective memory of America. To see city and state governments following suit has brought about a bitter feeling of approval for me. It shouldn’t have taken a massacre to get to this point, but the way in which whiteness works in the South guarantees many will double down on their Confederate romanticism.

So, I’m not surprised to see new laws being enacted to halt this trend. In Alabama, another state steeped in this controversy, Governor Kay Ivey recently signed the Memorial Preservation Act of 2017 barring local municipalities from removing, renaming, or altering monuments, memorial streets and buildings, and any architecturally significant buildings located on public property for 40 or more years. She said the aim was to preserve history “for all generations to learn not only from our heroes and our greatest achievements, but to also ensure that we learn from our mistakes and our darkest hours.” And while “history” has been a common talking point for those who want to keep these monuments in their place, what does the preservation of these “historical” relics actually mean?

Confederate Monuments and the International Rise of the Far Right

In this political moment, with the election of Donald Trump in the US, the growth of Marine Le Pen’s National Party despite her loss in the French election, and the recent Nazi scandal inside the ranks of the German military, it behooves us to take stock of the US’s confederate monuments controversy in the context of the rise of the Far Right around the world. These present day political realities point to a much larger problem at hand that is pervading the white Western world.

Le Pen’s white supremacist anti-immigrant, Islamophobic, white nationalist sentiments were not separate from that of Donald Trump. The two candidates were vocally supportive of each other and they understood that their campaigns were about more than the election itself. Their rhetoric inflamed and spurred white supremacist movements around the world.

After Le Pen’s loss, Donald Trump has continued to carry on the torch. Earlier this month, Trump gave a speech in Poland about the preservation of the West that many would call Hitleresque. “As the Polish experience reminds us, the defense of the West ultimately rests not only on means but also on the will of its people to prevail,” he said. “The fundamental question of our time is whether the West has the will to survive.” His white supremacist coded rhetoric makes clear that white supremacy is not something of the past, but a very real present day danger.

In Germany where Nazi symbolism in public spaces is against the law, a scandal in the German military caught headlines when Nazi memorabilia was discovered by military police searching through soldiers’ barracks. As reported by the New York Times, “the discovery of Nazi-era military memorabilia… revealed a much broader presence of far-right extremists in the German Army’s ranks, something commanders are now accused of having long ignored.” The 275 cases of racism or far-right extremism being investigated by the military police represent a small but significant minority of the 180,000 soldiers.

Looking to the model of US white supremacy, in Mein Kampf, Hitler praised America as “the ‘one state’ making progress toward the creation of the kind of order he wanted for Germany.”

Now in the shadow of their defeats, new militaristic hopefuls around the globe hope to resurrect the white nationalist state their predecessors tried to achieve. Preserving memorials and memorabilia conserves the legacy of hatred left behind and passed down.

Whether in the ranks of the German military or in the US South, fascist and white supremacist movements appeal to disillusioned whites, putting forth an ideology of hate that blames foreigners, immigrants, Blacks, Jews, Muslims, and the list goes on for any problems they may encounter. Given the austerity measures that Western governments have forced on their respective populaces, it is not surprising to see an empowered resurgence of these legacies of hatred in the US and Europe.

In the US South, where states consistently rank poorly with regard to education, defending Confederate monuments under the guise of preserving history is nonsensical. More so, because US foreign policy has allowed the destruction of some of the oldest pieces of history in the entire world throughout the Middle East, the African continent, and elsewhere. In the South, where the pro-war Republican Party dominates, the preservation of other people’s histories abroad does not take any special interest. Nor does history matter when we’re discussing things such as Native genocide, the transatlantic slave trade, or other historical travesties that indict ideological whiteness and those who have membership based on their skin. Viewing this seemingly US-specific domestic controversy about Confederate monuments in an international context exposes the very real dangers behind the pushback to preserve them.

Counter protest of the KKK and confederate statue supporters

The white supremacist movement that’s happening around the globe is hoping to preserve the most blatant indicators of white supremacy as both reminders and inspiration for white brutality. There is no denying that, and white society has to admit that this is the case, first and foremost. The cowardice of denial here only exposes the power of the people who these pieces of history remind of ancestral and present-day oppressions.

Confederate monuments belong in museums, not anywhere else. Context is needed to look at a wretched past without glorification in a damning present, otherwise all that we’d hope to understand as yesterday’s mistakes will haunt us in the form of a fake progress that never actually happened. 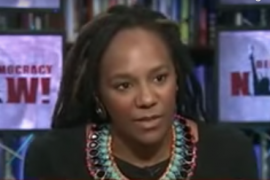 Bree Newsome: Meet the Activist Who Took The Confederate Flag Down
In Search of Tupac: Expectations of All Eyez On Me 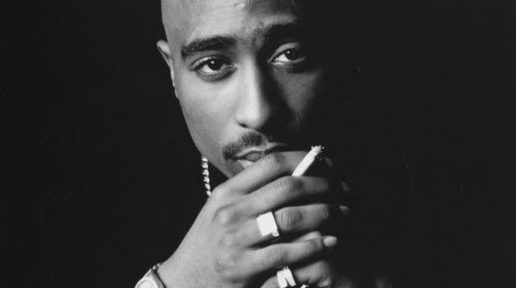