I’ve been thinking a lot about flags lately. What will be the symbols of our movement in the future? Here’s one offering.

I’m inspired by the Third World internationalism of the colors of the Original Rainbow Coalition, formed in Chicago by the Black Panther Party, the Puerto Rican Young Lords, and the white working-class Young Patriots: black, brown, yellow, red, and white.

In my own political development, the black-and-red of the Spanish CNT/FAI, and the red star on black of the EZLN, play a prominent role. I remember seeing anarchist star pins in the early 90s: black-and-red syndicalist, black-and-green ecological, black-and-pink queer, black-and-lavender feminist. These intersections of political identity spoke to me, but at the same time seemed to also create boundaries around political identities. More recently I’ve noticed black-and-yellow “anarcho-capitalist” stars – WTF? The whole idea of identifying with liberatory cultures and politics seems to become irrelevant when joined to a system that generates oppression and exploitation.

In the urban struggles I’m involved in, fighting for the idea of a right to the city, for poor and working-class communities, for people of color, for women, for queer and trans folks, for youth and seniors and people with different abilities, I see intersectionality starting to ground our work. I see this complexity not only in the demands we make and the voices we center, but also in how these different backgrounds, traditions, and understandings of the world start to shape and transform how we speak with each other, how we build together, and how we organize. It isn’t easy, it’s an ongoing struggle, internally challenging us every day in what we think we know, how we’ve been shaped to act, and in how we envision a liberatory world, a world in which many worlds are possible, as the Zapatistas say.

I wanted a flag that would express that, but would also be a fighting flag, centering intersectionality within class struggle.

“Institutionalized rejection of difference is an absolute necessity in a profit economy which needs outsiders as surplus people… Those of us who have been forged in the crucibles of difference — those of us who are poor, who are lesbians, who are Black, who are older — know that survival is not an academic skill…it is learning how to take our differences and make them strengths. For the master’s tools will never dismantle the master’s house. They may allow us temporarily to beat him at his own game, but they will never enable us to bring about genuine change. In a world of possibility for us all, our personal visions help lay the groundwork for political action… In our world, divide and conquer must become define and empower.” ~Audre Lorde

Intersectionality is often expressed visually as overlapping Venn diagrams, which is a fine way of showing how intersecting systems play with our own identity. But it didn’t really express how we join together to fight for change. So the daggers came in, a wheel of knives inside a five-pointed star. The five points are a nod to the traditional revolutionary star, but that too can be limiting, as are the colors to be chosen: what systems and what identities are represented and which ones are left out? The important thing is that there are a number of them, and all are important in shaping our struggle. But lastly, green, I didn’t want to leave out green, a color that usually doesn’t appear on those Venn diagrams. I wanted to refer to, not necessarily abstract climate or ecological struggles, but, as bell hooks writes, the recovery of a deep identity with place and land as part of resistance and healing, intersecting with other identities and systems.

Here’s a short piece by Dailykos.com on Marxism and intersectionality.

Reprinted with permission from JustSeeds.

Fernando Martí is a printmaker, community architect, writer and poet based in San Francisco. His etchings, linocuts, screen prints, and constructions explore the clash of the Third World within the heart of Empire, and highlight the tension between inhabiting place / reclaiming culture, and building something transformative. He brings his formal training in architecture and urbanism to his public projects, including his altar ofrendas. Fernando studied architecture and urbanism at UC Berkeley, and has taught design studios at Berkeley and the University of San Francisco. Today, he works on housing issues as co-director of San Francisco’s Council of Community Housing Organizations. Originally from Ecuador, he has been deeply involved in San Francisco’s community struggles since the mid-90s, creating art for and with many local organizations, including the SF Print Collective, the Center for Political Education, PODER, and the SF Community Land Trust. His art and poetry can be found in an occasional ‘zine entitled Amory Lucha and on his Facebook Notes. One of his biggest frustrations is keeping his houseplants happy. 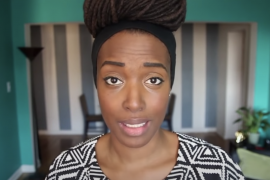 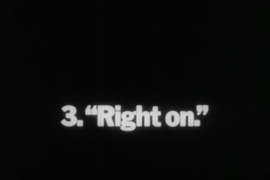