Utopian Field is an ongoing research project that focuses on the pursuit and construction of egalitarianism during the past two centuries.  Utopian Field looks at the ways people have invented informal politics in their everyday life and seeks to understand the roles that art, education and religion have played in these practices.  This research project will result in a book of narrative and analytical writings.  The publication will shape a new discourse that resists the developmentalism doctrines that have dominated the world for centuries.   It is necessary to rethink an alternative life after the Cold War and Neo Liberal economic booms at a time when Donald Trump’s presidency in the United States and the Brexit Movement in the UK have revealed a crisis in global society, and technological power and Artificial Intelligence are going to rule the world.

In 2016-17, I received the opportunity to teach at the Graduate School of Architecture, Planning and Preservation at Columbia University in New York City.  During this time, I visited 19th-century communitarianism utopian historical sites in the United States: the Shaker Village in Pleasant Hill, Kentucky; the Oneida Community founded by John Humphrey Noyes in upstate New York; Josiah Warren’s Cincinnati Time Store in Ohio and George Rapp and Robert Owen’s New Harmony in Indiana.

In 2016, three new books were published in the United States, Utopia Drive by Erik Reece, Paradise Now by Chris Jennings, and Oneida by Ellen Wayland-Smith. In a review published by The New Yorker, Akash Kapur called their simultaneous emergence, “the return of the utopians.”

“Hippie Modernism: The Struggle for Utopia,” an exhibition organized by the Walker Art Center with the Berkeley Art Museum/Pacific Film Archive focused on the Back-to-the-Land Movement and the experimental architecture, design and art of the 1960s and early 1970s.  The project toured from 2015-17.  “The return of the utopians” is an undeniable fact that reveals the dissatisfaction of current American society. These books and the exhibition revealed a very strong wish to look back at historic utopian experiments in the United States, trying to find alternative solutions for today’s chaotic reality.

Ou Ning is a Chinese artist, film maker, curator, writer, publisher and activist.  He is the director of two documentary films San Yuan Li (2003) and Meishi Street (2006).  Ou Ning was the chief curator of Shenzhen & Hong Kong Bi-city Biennale of Urbanism and Architecture (2009).  He was a jury member for the 8th Benesse Prize at the 53rd Venice Biennale (2009), a member of the Asian Art Council at the Guggenheim Museum (2011), chief editor of the literary journal Chutzpah! (2011-2013), founder of Bishan Commune (2011-2016) and School of Tillers (2015-2016) and a visiting professor at the Graduate School of Architecture, Planning and Preservation at Columbia University in New York City (2016-2017). Ou Ning is a 2019-20 Research Fellow at the Center for Arts, Design + Social Research. 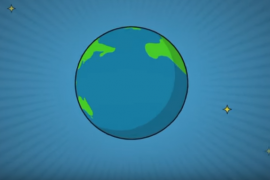