This is a story about the People of the Dawn and blindness.

Many claim that the first Thanksgiving took place in 1621 when the former Patuxet Wampanoag slave Squanto/Tisquantum returned to his homeland and found his people dead from a smallpox or a leptospirosis epidemic. Tisquantum, who had been taken to England and sold into slavery in Spain, crossed the ocean six times. His name means the wrath of God. He was a polyglot who knew the land, its plants and peoples. They say he chose to live among the Pilgrims and worked to make relations with the Wampanoag sachem, the highest leader, Massasoit. In addition to teaching the settlers to plant corn Tisquantum is said to have brought Massasoit to Plymouth in what continues to be promoted as the First Thanksgiving.

The Wampanoag tell a different story. After the Pilgrim’s successful harvest of Tisquantum’s planting, they planned their own day of thanks. They fired their weapons in celebration and the Wampanoag took notice. Massasoit sent 90 warriors to Plymouth to see what the ruckus was about; and they prepared to defend themselves, their relations and their homelands. The Pilgrims explained their festivities, and the Wampanoag stayed to make sure they were speaking the truth. This was not a dinner of friendship and they were by no means guests. Ramona Peters, Tribal Historic Preservation Officer of the Mashpee Wampanoag explains: “They were polite as best they could be, but they regarded us as savages nonetheless.”

The Wampanoag camped for several days beside the Pilgrims’ settlement; by Peters’ count there were 90 Wampanoag warriors and 23 survivors from the Mayflower. Those survivors were vulnerable and needed protection and the Wampanoag supplied it: “You can see throughout their journals that they were always nervous and, unfortunately, when they were nervous they were very aggressive.”

The Puritans held thanksgivings whenever they had a successful venture, in praise to their God for sanctioning their project of Colonial expansion. Some point to the 1637 Massacre of the Pequot at Mystic as a seminal event in the subjugation of the Indigenous of the eastern seaboard. Women, children, elderly and men were murdered in their sleep as they gathered for the Green Corn Festival. Settlers mark that year as the moment when they knew the land was theirs for the taking.

With the death of those 400-700 Pequot, Governor John Winthrop, lawyer and founding member of the Massachusetts Bay Colony, was certain God favored their commercial venture because of the success of the massacre. He declared a day of Thanksgiving as was their custom; favorable conversions to Christianity, thefts, violence, and aggression when successful always warranted formal declarations of thanksgiving to God for his Providence. Every death of the “savage” was an omen of success for their colonial project. Colonists followed this massacre by raiding village after village of Pequot, capturing and selling women and children over 14 into slavery, and killing the rest. Regular shiploads of 500 slaves left New England ports for the Caribbean and European slave markets, and bounties for redskins were offered and paid.

William Apes, an indentured servant who became a Methodist minister and Native intellectual, descended from the surviving Pequots and Africans. For many years, Apes lived among the coast Mashpee, who were allowed to remain in the New England area in reward for their neutrality. When they revolted in the Mashpee Revolt of 1833-34 he participated.

On January 8, 1836 he delivered his final public speech at the Odeon Theatre in Boston, Eulogy On King Philip; on January 26 of the same year he repeated it.

The eulogy was written for Metacom, a war chief of the Wampanoag also known as King Phillip. He was Massasoit’s second son and the namesake of King Phillip’s War.  The Wampanoag, Nipmuck, Pocumtuck and Narragansett joined Metacom in this major rebellion and uprising and against the New Englanders and English colonists that lasted from 1675 to 1678.

During the war Metacom’s wife and children were among those captured, taken to the West Indies and sold into slavery; and on August 12, 1676 the English captured, shot and beheaded Metacom. His head was impaled on a spike and displayed for 20 years at Plymouth. Some characterize this war as a war of extermination. Only 400 Indigenous survived and many of them were sold into slavery. The men were sold to traders who trafficked in chattel in the West Indies, Bermuda, Virginia and the Iberian Peninsula; the women and children were sold into the slave holding homes of New England. Those who were not sold were forced to relocate.

In Apes’ eulogy he wrote:

“Let the children of the Pilgrims blush, while the son of the forest drops a tear and groans over the fate of his murdered and departed fathers. . .let the day [the landing on Plymouth Rock] be dark, let it be forgotten in your celebrations, in your speeches, and by the burying of the rock that your fathers put their foot upon. . .let every man of color wrap himself in mourning, for the days of [the landing] and the 4th of July are days of mourning and not of joy.

. . .it is certain that every time they celebrate the day of the Pilgrims they [approve the works of their fathers to be genuine]. . .Although in words they deny it, yet in the works they approve of the iniquities of the fathers.  And as the seed of iniquity and prejudice was sown in that day, so it remains; and there is a deep-rooted popular opinion in the hearts of many that Indians were made, etc., on purpose for destruction, to be driven out by white Christians, and they to take their places; and that God had decreed it from all eternity.”

On October 3, 1863 President Abraham Lincoln made Thanksgiving a federal holiday, hoping to unite the nation. Lincoln’s thanksgiving list: wealth, strength, military success, enlargement of the borders, mining, population increase, and freedom was attributed to God. He proclaimed: “no human counsel hath devised nor hath any mortal hand worked out these great things. They are the gracious gifts of the Most High God.”

In 1970, Wampsutta, an Aquinnah Wampanoag elder, was not allowed to deliver his speech at the Commonwealth of Massachusetts’ annual Thanksgiving feast at Plymouth. He left that gathering, walked toward Plymouth harbor, before the replica of the Mayflower and delivered his speech to the 9 or 10 supporters who had left the feast with him. That year the Wampanoag declared Thanksgiving Day a national day of mourning. They continue to gather on Cole’s Hill every year (this year at 12 noon): “Thanksgiving in this country—and in particular in Plymouth—is much more than a harvest home festival. It is a celebration of the Pilgrim mythology.” In 1997, 25 peaceful protesters were arrested at Cole’s Hill; in 1998 those charges were dropped and they are now free to convene on their own homelands. The Wampanoag have publicly declared that they made a mistake assisting the Pilgrims, and they have marched down to the seaside to bury the rock themselves. Yet every year someone unearths it.

The story of Thanksgiving is a story of continuity. Despite the singular histories of the Pilgrims, the Puritans and President Abraham Lincoln, the spirit of the day remains the same:  a formal thanksgiving to God for his Providence in the establishment of a permanent colony and the unification of the United States of America as a nation.

Thanksgiving as a day off work—is a lie. Thanksgiving is a formal day of work for those employed in retail, service and entertainment.

Thanksgiving as a day of friendship—is a lie. True friendship and gratitude take the form of solidarity.  Solidarity is a verb that describes actions taken by people who realize community is based on responsibilities not rights. Solidarity is a project founded on a handcrafted relationship between at least three people, where one asks a second to stand against a third. Solidarity is Apes’ 1836 call for us to bury the rock of Plymouth.

Thanksgiving can be what I want it to be—is a lie.  All re-enactments re enact.  Every year the Wampanoag march down to the seaside in Plymouth to bury the rock themselves.  Yet every year someone unearths it.

Thanksgiving is a day of thanks for ongoing colonization—dressed in food, sports, education, private property and law enforcement industries.  The very least any of us can do is to stop celebrating genocide and colonization on this day: cancel your gathering; refuse to attend another’s. Participation in any way glorifies these moments and disguises them in a lie of friendship and gratitude. The Pilgrims, the Puritans, William Apes, Abraham Lincoln, the Wampanoag and United American Indians of New England knew that. Every claim otherwise embraces a refusal to see.

The author offers special thanks and acknowledgement to Dr. Charlene Boyer-Lewis for inspirational and insightful conversation and her research assistance.

Dr. Reid Gómez, Navajo, is currently working on The Navajo Slave Project and her fourth novel, Home.  Her work addresses extermination and slavery in the borderlands and bloodlands and language revitalization. She is the literary editor at First American Art Magazine. 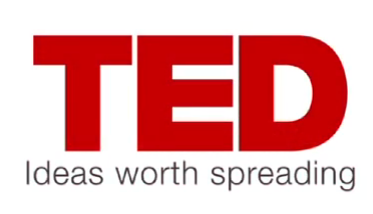