By Amber Ginsburg and Aaron Hughes

In a recent conversation with one of his lawyers, Mohamedou said that he holds no grudges against any of the people he mentions in this book, that he appeals to them to read it and correct it if they think it contains any errors, and that he dreams to one day sit with all of them around a cup of tea, after having learned so much from one another.—Author’s Note from Guantanamo Diary by Mohamedou Ould Slahi[1]

When former Guantanamo Bay Detention Camp (GITMO) Detainee Mohamedou Ould Slahi says that “he holds no grudges” and dreams of having tea together, he is including people that tortured him. Heeding this generous and challenging call to tea, as collaborators who developed the Tea Project, a multi-faceted art project engaging with individuals’ personal relationships to love, war, and extra-legal detention, we invited community members to mark time by breaking a fast on the sixteenth anniversary of the opening of GITMO with cups of sweet black cardamom tea.

An integral part of the Tea Project is an archive of 780 cast porcelain styrofoam teacups, one for each of the 780 Muslim men that have been extralegally detained at GITMO, including one for Mohamedou. These cups are based on the account of Chris Arendt, a former GITMO guard,

One thing I miss is the cups. The detainees were only allowed to have Styrofoam cups, and they would write and draw all over them… They would cover the things with flowers… I used to love those little cups.[2]

The teacups are lasting artifacts reflecting global conflict while also being individual vessels that are easily taken out of the archive and placed in a hand for a cup of tea. These cups then become catalysts for dialogue that allow guests a role in telling the story of our current involvement in endless war and continued torture.

January 11th, the sixteenth anniversary, was a particularly important day to host an engagement, fast, and mark time. On this day, we served tea in the cups detailed with names of the forty-one men still detained at GITMO. As we sipped tea with our guests, we asked ourselves:

What does it mean to mark time by sitting with one’s torturers around a cup of tea? Is it possible to listen and learn from one another across such difference?

Dear Doctor, I do not wish to die, but I am prepared to run the risk that I may end up doing so, because I am protesting the fact that I have been locked up for more than a decade, without trial, subject to inhuman and degrading treatment and denied access to justice. I have no other way to get my message across. You know that the authorities have taken everything from me.—Excerpt from an open letter by The Detainees on Hunger Strike at Guantanamo Bay Naval Base, May 30, 2013.[3]

Before the salads are passed around, a local veteran reads the full letter from the hunger strikers. A heavy silence falls over the room. This reading does not allow quaint dinner discussion but demands deeper reflection and contemplation. These words highlight the privileges so apparent in the room as the first bits of food are consumed. The vastness of the space between our privilege to choose to acknowledge this history and the hunger strikers’ imperative to risk starvation in an attempt to be heard is omnipresent. Leaving only more questions.

What does it mean to truly be in solidarity with the hunger strikers? Is it even possible?

I hope you are in good health. I am writing to ask you for my father’s release. As you might know, my father has been away for 8 years, he was taken away since I was four years old. It has been most of my life. My brother Faris has never seen his father and misses him a lot. Sometimes he thinks other people are his father. Once a man came to do our garden, Faris (has) a lot of fun and laughs with him. When he left, Faris asked my Mum, “Is that my Dad?” He has never felt what it’s like to be with a father or to go out with him. Faris has had no experience at all of what it’s like to have a father just like every child does. —Letter from Johina Aamer, daughter of Shaker Aamer, to his lawyer, Gordon Brown.[4]

After reading the letter aloud, the reader tells everyone that like Faris, they have never met their father. The echoes of trauma became visible in our postures. The meal takes a turn to the visceral. One personal story leads to another as the policies of “over there” in GIMTO come home through our personal histories. The memory of living in a detention center as a child. The memory of family members detained multiple times.

If this break-fast was an opera, these histories remembered in our bodies are the main gut-wrenching aria. Yet these bodily responses that create empathy do not create parity. In contrast, the empathic emotional resonance of interconnected systems of oppression establish connections while highlighting difference.

Are we able to hold these differences while acknowledging these historical, physical, emotional, bodily connections? Is it possible to trace the connections while not equating traumas?

They can’t leave their errors to other people, they should help us with houses and financial support…we think that it is the least they could do…—Quote from former GITMO detainees protesting outside of the U.S. Embassy in Uruguay[5]

The engagement concludes with sweets, more tea, and a reading of the demands from former GITMO detainees who protested outside the U.S. Embassy in Uruguay in 2015. Of the roughly 780 people who have been detained at GITMO since 2002, 730 men have been transferred out, many to third countries with no integration or transition plan. In protest, four of the former detainees in Uruguay moved into tents outside the American Embassy demanding: mental health care; the ability to see and bring their families and extended families to Uruguay after 12 years of isolation; Job training; Spanish language classes; housing; financial support.

Abdelhadi Omar Faraj, a former GITMO detainee and one of the protesters in Uruguay, noted in protest, “Now we moved to another kind of prison where nothing has changed. We are still under the same pressure. The mental state has not changed.”[6]

The demands of these former detainees—to care for their bodies and their mental health and to provide for themselves and their families—is to demand the ability to exercise their humanity and capacity. These needs mirror the needs of other formerly incarcerated people, veterans, refugees fleeing violence, and those living in war torn countries.

Are we able to hear the voices of those most affected in order to imagine accountability?

January 11th was an evening of tea, reflection, and imagining with each course an exercise in acknowledging the history of GITMO, the people it has impacted, and our simultaneous connection and distance. The evening was an opportunity to conceptualise the history of detention and torture through reflecting on time, dates and facts. It was also an opportunity to embody and feel interconnected systems of oppression while witnessing the distance between our privileges as people who are free to come together and enjoy a homemade meal and those still “doing time” without charge or any due process.

One glimmer of hope in the midst of this history and current reality is reparations. Just as the detainees in Uruguay demanded support so they could have their basic needs met to live their lives and heal from the trauma, all GITMO detainees deserve reparations. We can look to the historic legislation that was passed by the Chicago City Council in May 2015 after decades of struggle that provided reparations to survivors who were tortured by former Commander Jon Burge and detectives under his command between 1972 to 1991. While so late and still so imperfect, the reparations package is a strong model of holding the city and Chicago police accountable. It takes a long time to imagine justice and reparations, to imagine harnessing vast irreconcilability.

To bring our evening to a close, we read from the city of Chicago’s “Burge Reparations Resolution.” This legislation provided reparations for Chicago police torture survivors in the form of financial compensation, a psychological counseling center on the South Side of Chicago, free tuition at the city’s community colleges for survivors and their family members including grandchildren, the creation of a public memorial, curriculum about the Burge torture cases for all 8th and 10th graders in Chicago Public Schools, and a public apology.

Just as torture can be traced from Chicago to Guantanamo—Richard Zoelly, who worked for the Chicago Police Department, trained GITMO guards in “enhanced interrogation” —we hope Chicago’s reparations package can serve as a catalyst toward reparations for all GITMO detainees.

Full, tired, and better acquainted with our connections to war and torture, it was time to go home.

WHEREAS, Just as a wrongful act followed by an apology, forgiveness and redemption is part of the shared human experience, so too is the widely held belief that actions speak louder than words; and—Excerpt from the Chicago City Council Jon Burge Reparations Resolution[7]

Together with collaborators, Amber Ginsburg creates site-generated projects and social sculpture that insert historical scenarios into present day situations. Her background in craft orients her projects towards the continuities and ruptures in material, social, and utopic histories. She teaches in the Department of Visual Arts at the University of Chicago. Her research-based multimedia installations have been shown in museums and galleries including: Museum of Contemporary Art, Chicago; The Soap Factory, Minneapolis, MN; The Society for Contemporary Craft, Pittsburg, PA; World Ceramic Biennale, Korea; KunstTREFFpunkt, Darmstadt, Germany; Artsonje, Seoul, Korea; Raid Projects, Los Angeles, CA and the Bristol Biennial, England.

Aaron Hughes is an artist, activist, organizer, teacher, and Iraq War veteran, whose work seeks out poetics, connections, and moments of beauty, in order to construct new languages and meanings out of personal and collective traumas. He uses these new languages and meanings to create projects that deconstruct systems of dehumanization and oppression. He works with a variety of art, veteran, and activist organizations and projects including: Warrior Writers Project, Dirty Canteen, National Veterans Art Museum, Iraq Veterans Against the War, Justseeds Artists’ Cooperative, and Center for Artistic Activism. He has shown his work throughout the United States and internationally in museums and galleries to include: Museum of Modern Art, New York; The Maruki Gallery, Tokyo, Japan; School of Visual Arts Museum, New York, NY; Open Engagement, Portland, OR; Ashkal Alwan, Beirut, Lebanon; Craft and Folk Art Museum, Los Angeles, CA; The Milwaukee Art Museum, Milwaukee, WI; among other locations. He received The Claire Rosen and Samuel Edes Foundation Prize for Emerging Artists for his work on the Tea Project. 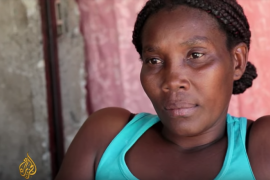 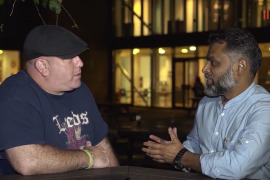