Cephus “Uncle Bobby” Johnson lost his nephew Oscar Grant on January 1, 2009 in Oakland, California, and has been actively combating police terrorism ever since.

While attention on the policing system and reimagined visions of public safety are necessary endeavors, Black liberation requires that we examine the larger systems that require and benefit from police violence.

By Patrisse Cullors and Mike de la Rocha There was a lot of conversation happening about Trump’s endorsement of The FIRST STEP Act (H.R. 5682) prior to the bill being signed into law. Many progressive supporters of the Act were surprised that Trump would endorse political policy that they thought would ultimately get thousands of people out of prison. A closer look reveals the truth: The FIRST STEP Act is a flawed and extremely harmful law that was framed as a step forward for criminal justice reform, but in reality it’s a misguided attack on the movement to end mass incarceration. Our concerns with The FIRST STEP Act are based upon three fundamental premises: The belief in the humanity of every person impacted by the justice system; The belief that the Act does not go far enough in addressing the systemic issues that are the driving factors of mass incarceration,…

By Gaspar Sánchez and Veronica Morris-Moore | In These Times

Gaspar Sánchez and Veronica Morris-Moore are young organizers from Honduras and Chicago, respectively. Gaspar is a leader of the Civil Council of Popular and Indigenous Organizations of Honduras (COPINH) and a Lenca indigenous LGBT activist. He was mentored by the late Berta Cáceres, the COPINH co-founder who was assassinated on March 2, 2016. Veronica has been on the front lines of youth struggles in the era of Black Lives Matter, from winning a trauma center to helping oust the state’s attorney who played a role in covering up the Chicago police murder of Laquan McDonald.

I was introduced to Zolo Azania some twenty years ago through his artwork – striking portraits of Harriet Tubman, Malcom X and Emmet Till, artwork that reflected Zolo’s deep commitment to the Black freedom struggle – exhibited at the Autonomous Zone, a storefront operated by a small group of socially conscious anarchists in Chicago. I met Zolo shortly thereafter when a friend of mine, Elizabeth (Betty) Benson, a longtime activist then in her 80’s, asked me if I’d like to accompany her on a visit to death row at the Indiana state prison in Michigan City. Betty had already been visiting Zolo for several years, taking the South Shore Line from Chicago to Michigan City and then completing the mile or so journey to the prison on foot. On that first visit, I was struck by Zolo’s extraordinary resilience. Sitting across from me was a man with a quick smile and undying optimism, unbroken after fifteen years on death row. How did he manage that?

By Ryan Alexander-Tanner | The Nib 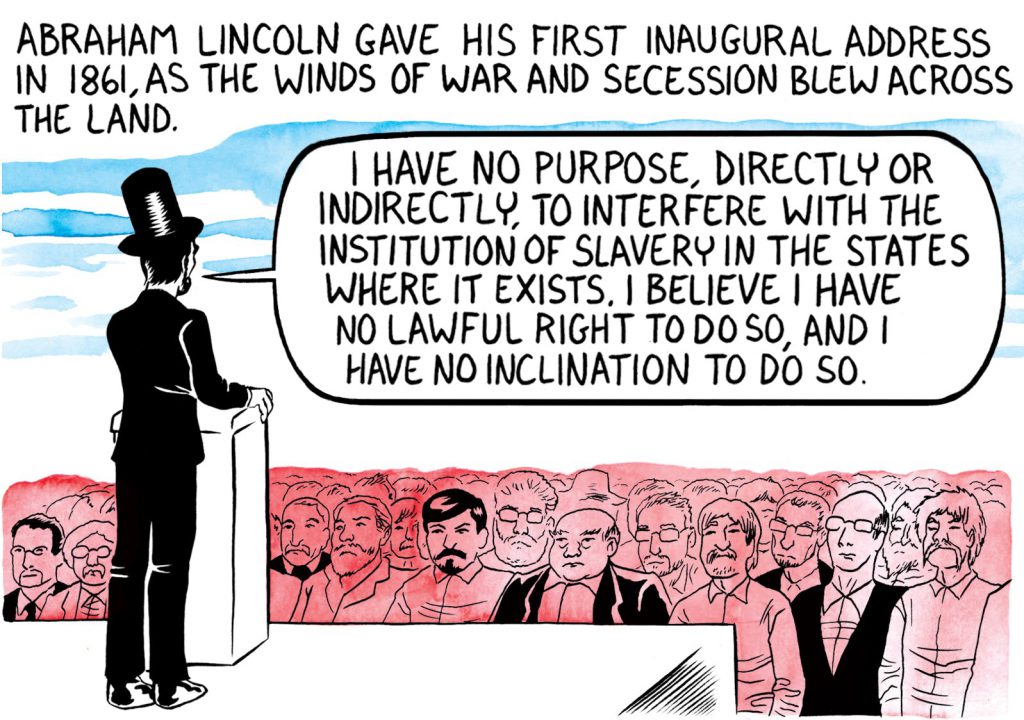 This past Saturday, the day before Mother’s Day, Moms United Against Violence and Incarceration, hosted an Incarcerated Mom’s Day Vigil and Toiletry Drive outside Cook County Jail. We’ve been doing this for 3 years running. As an organizer with Moms United who was formerly incarcerated, I know how necessary this is. Moms of all kinds, who are struggling to survive on the inside, need hope. And their families need help too. We live in a world that does too little to support incarcerated moms and women, yet criminalizes their survival. We don’t have enough support before, during and after release from prison.