Fifty-five years ago, on January 17, 1961, Patrice Lumumba, the first democratically-elected prime minister of the Democratic Republic of the Congo, was assassinated in a coordinated transnational effort backed by the United States and Belgium in order to maintain imperial control in the region. Born on July 2, 1925, in the village of Onalua in the Congo’s Kasai Province, Lumumba became one of the leading African nationalists of the twentieth century.

An uncompromising political leader, Lumumba advocated African unity, economic self-sufficiency, and true independence for Africa. Unlike many of his counterparts, Lumumba was unwilling to accept a counterfeit independent government for his own economic and political gain. He was, according to revolutionary philosopher Frantz Fanon, “sold to Africa” and thus could not be bought by any imperialist power. A political visionary, Lumumba was committed to securing and maintaining the independence of the Congo and actively supported nationalist movements in Rhodesia (modern Zimbabwe), South Africa, and other parts of Africa. According to Fanon, the charismatic Congolese leader envisioned “the liberation of the Congo [as] the first phase of the complete independence of Central and Southern Africa.”2 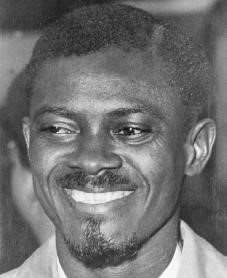 When Lumumba emerged as a central figure in Congolese politics, people of African descent on the African continent and throughout the diaspora were vigorously fighting for their rights and dignity. The 1950s and 1960s represented a new wave of black radical protest—the impact of which could be felt in every corner of the globe. In December 1958, Lumumba attended the All-African People’s Conference in Accra, Ghana, where he met with a diverse group of black activists and intellectuals including Eslanda Robeson, the wife of singer and civil rights activist Paul Robeson, and Kwame Nkrumah, prime minister of Ghana. At the All-African People’s Conference, attendees advocated the immediate end of colonialism in Africa.

This was the cause for which Patrice Lumumba lost his life. He was “sold to Africa” and was determined to end Belgian control of the Congo, which had been in place since the nineteenth century. In 1884, the United States first recognized the Congo as the privately owned colony of Belgium’s King Leopold II. From 1885 to 1908, before he was forced to cede the Congo to Belgium, Leopold imposed a reign of terror on the Congolese people. Under Belgian rule, the Congo was stripped of its natural resources—including ivory, rubber, diamonds, gold, palm oil, and copper—which bolstered European economies while devastating the local economy.3

Lumumba’s emergence as a bold, charismatic and popular leader demanding economic and political independence posed a direct threat to imperial rule in the Congo. In October 1958, only months before attending the All-African People’s Conference in Ghana, he had established the Mouvement National Congolais(Congolese National Movement) or MNC, the first nationwide Congolese political party. Under the auspices of the MNC, Lumumba endorsed Pan-African unity and called for the end of colonial rule. In the wake of violent uprisings across the country, the Congo eventually gained its independence from Belgium on June 30, 1960. At the independence ceremony, Lumumba seized the moment and passionately declared, “We are proud of this struggle, of tears, of fire, and of blood, to the depths of our being, for it was a noble and just struggle, and indispensable to put an end to the humiliating slavery which was imposed upon us by force.”4

Almost immediately following Lumumba’s historic election, a period of intense turmoil and political conflict (often referred to as the “Congo Crisis”) began. In early July 1960, an armed mutiny erupted in which local politician Moise Tshombe attempted to seize control of the mineral-rich Katanga province. Tshombe, the self-declared Prime Minister of the Katanga government, allied with Belgian, French, and American authorities in an effort to secure a position of influence and power. Tensions came to a head in September 1960 when Joseph Mobutu, the chief of the Congolese National Army (CNA), staged a coup against Lumumba. 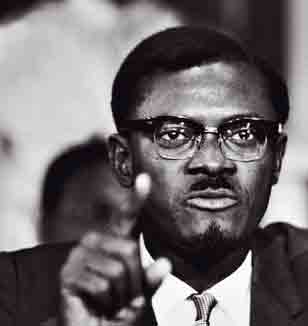 rs. Against the backdrop of the Cold War, U.S. leaders were far more concerned with economic prospects than independence for colonized peoples. Writing in Challenge of the Congo, published after Lumumba’s death, Kwame Nkrumah offered a scathing critique of the United States, Britain, France, and other allied powers for “sacrificing African lives to continue in Africa the cold war at the very time when all powers, both great and small, should be concentrating on the abolition of colonialism and the establishment of world peace.”5

Patrice Lumumba’s life was sacrificed on the altar of imperialism and Cold War politics. In January 1961, only a few months after the Congo gained its independence, Lumumba was detained and later executed. In an effort to squelch the growth of African Nationalism and avoid the sudden end of colonial domination in the Congo, the Belgians and their allies plotted Lumumba’s murder and arranged for a new figurehead to lead the Congo.

Rather than quell African liberation movements as colonial authorities had hoped, Lumumba’s tragic death instead drew worldwide attention to the evils of colonialism and neo-colonialism. In effect, Lumumba’s death would only strengthen the fight for independence throughout the Congo and the rest of Africa. Moreover, his death fueled protests for black liberation in the United States, Germany and other parts of the globe. Although a respected leader in life, Lumumba became one of the most revered political figures in death—an icon of anti-imperialist struggle.

A man of deep conviction, Patrice Lumumba was unwilling to compromise his beliefs even in the face of mounting resistance. His Pan-Africanist vision; his efforts to maintain a unified and independent Congo; and his defiance against imperialism will continue to serve as an inspiration for generations to come.

Keisha N. Blain is a historian of the 20th century United States with broad interdisciplinary interests and specializations in African American History, the modern African Diaspora, and Women’s and Gender Studies. Her research interests include black internationalism, radical politics, and global feminism. She completed a B.A. in History and Africana Studies from Binghamton University (SUNY) and a Ph.D. in History from Princeton University. She is an Assistant Professor of History at the University of Iowa. Most recently, she co-edited Charleston Syllabus: Readings on Race, Racism, and Racial Violence (University of Georgia Press, 2016).

Oregon Armed Men Mocked As ’Y’all Qaeda’
Between the World and Me: Ta-Nehisi Coates and Robin D.G. Kelley
Navigate