By Shea Howell | People’s Water Board

Donald Trump came to Detroit over Labor Day weekend in a laughable, highly scripted bid to prove he is not racist. Protesters greeted him. Detroit is the largest African American city in the country, with a history of sophisticated political organizing that counters such lame gestures quickly and clearly.

It is also a Sanctuary City. Just days before coming to Detroit, Trump denounced Sanctuary Cities, saying that if elected he would cut off federal funding until they renounced these policies. “Cities that refuse to cooperate with federal authorities will not receive taxpayer dollars,” Trump said.

Trump’s statement provoked protests as well. Over 500 cities have some sort of sanctuary policy, refusing to cooperate with immigration officials. Most of these policies have come about in the last decade in response to the inhuman deportation practices of the federal government that rip families apart, send children alone to countries where they are strangers, and creates a culture where people fear to report the most brutal of crimes.

But Detroit, along with about 200 other communities, has a deeper history of Sanctuary, beginning with sanctuary from slavery. We are the only city with a statue honoring the Underground Railroad.

Our current Sanctuary status grew out of bold civil disobedience to the US military in Central America. In the early 1980s, in response to the thousands of immigrants fleeing the torture and death squads of El Salvador and Guatemala, people of faith and community activists joined together to challenge US policies by providing Sanctuary to refugees. They publicly defied the US government and welcomed families into church communities. In December of 1983 the Parish Council of St. Rita Catholic Church resolved that their church would be “a sanctuary for refugees from El Salvador and Guatemala, as a demonstration of our commitment to people fleeing for their lives, and as a public witness to our government to cease arming nations and urge negotiations to settle the long-standing problems plaguing the people of Central America.”

In July of 1984 St. Rita’s became the first church in Michigan to welcome a family. Soon churches in Ann Arbor, Grand Rapids, and Lansing followed. The Gonzalez family arrived on a defiant Freedom Train. For the rest of that decade, Raul, Valeria and their children challenged the US government as they lived and organized against US military policies. Supported by activists and people of faith, they were protected in sanctuary, speaking in churches, community centers, and living rooms, describing their lives in El Salvador and the role the US government played in supporting torture and death.

In the spring of 1987 the Sanctuary Coalition organized Sanctuary Sabbath Sunday. On the same weekend, hundreds of congregations participated in a sermon/conversation about US involvement in Central America. Shortly after, the Detroit City Council declared the city a Sanctuary.

The materials prepared by the Coalition to guide the discussions emphasized the long history of Detroit as a city of sanctuary. They consciously drew on the legacy of the Underground Railroad. They also emphasized that suffering of the people of El Salvador was directly connected to the suffering of those in Detroit. All of the meetings closed with participants reciting a pledge:

“I pledge to open my eyes and my heart through reflection, reading, and responding to the needs of Salvadoran and Guatemalan people. I acknowledge the connection I have with these people as members of the human family and pledge to discover how U.S. foreign policy is affecting their lives. I cannot do everything, but I pledge to do something today to make life better in my city and my world. Working together makes change possible.”

To open our eyes and hearts, to learn, to make connections, and to act with boldness are as essential now as at any time in our history. 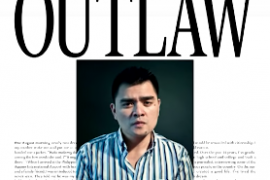