Nearly five decades after the Attica Prison Rebellion, the United States continues its relentless mass incarceration project.  For quite some time now I’ve been interested in mass incarceration and prison reforms after learning about the criminal justice system in the US. The United States locks up more people, and for longer, than any other nation in the world; we are the only country in the world that sentences juveniles to life in prison; we have the highest number of people who are incarcerated on earth, with more than 2.3 million people, as of June 2020. After delving into prison statistics, I began researching more about prison conditions and the need for more resources for people who are incarcerated, but I never quite knew how I could directly make an impact. That thought left me wanting.

In December 2019, I attended the “Making and Unmaking Mass Incarceration Conference” at the University of Mississippi. There, I met one of the featured panelists, Amani Sawari. Amani is a brilliant activist and organizer out of Detroit, Michigan, a writer, founder of the site sawarimi.org, coordinator of the Right2Vote Campaign, and a 2019 Civil Rights Fellow with the Roddenberry Foundation[1]. Amani was a panelist for the Legacies of Slavery session at the conference. Something she mentioned really stuck out to me. She pointed out the discrimination against the people inside and the formerly incarcerated, similar to how it was once legal to discriminate against Black people. If you’re incarcerated, and in many states, even after you’re freed, you can’t vote, you’re excluded from jury duty, and securing housing and a job with a criminal record is nearly impossible. I wanted to learn more about Amani’s work, especially the ways she amplifies marginalized voices, including those impacted by mass incarceration. Amani wants to promote stories that positively contribute to improving quality of life for people who are incarcerated and promote a system that also serves their families. I also knew then that she’d be a great person to invite to the Arcus Center for a workshop. 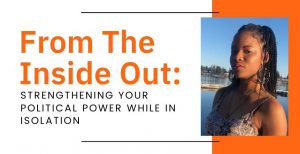 Six months after my encounter with Amani and the conference, my colleague, Rhiki Swinton and I organized a webinar, “From the Inside Out: Strengthening Your Political Power While in Isolation,” with Amani as our collaborator. The webinar focused on the importance of maintaining communication between incarcerated people and those on the outside. Participants were introduced to a series of different tools and methods that one can use to build relationships with inside organizers, including ways to shift power through relationship building, constituency building, power building, participatory action research, and consistent documentation and publishing. Amani drew attention to community solutions including research aid, book clubs, academic programs, and divestment groups. She emphasized the importance of academic programs, and that really resonated with me.  Later, I started thinking about developing a prison education program focusing on storytelling and how media can be used as a tool for activism. It seemed both daunting and potentially rewarding.

While I didn’t have any previous experience working with people inside, I have a passion for teaching, and have deployed this passion in different ways – from being a substitute teacher and a graduate teaching assistant, to volunteering as a videography instructor for the Merze Tate Explorers , a travel club that empowers young women through travel, writing, and media. I also knew something about the media and mass incarceration because I wrote an entire master thesis on the criminalization of Black men in mainstream media, and how documentaries can be used as a tool for activism in the form of counter narrativizing against mainstream treatment of Black men and crimes. So, I wasn’t entirely out of my depth.

As the idea of developing a prison education program slowly came to life, I approached a few existing organizations, hoping to collaborate. Reflct Media, a docu-style storytelling company I founded with Monte Jones, in partnership with Amani’s, Sawari Media, as well as Alfield Reeves Photography, a photography company founded by Alfield Reeves that specialized in editorial, wedding, event and portrait photography, jointly formed Seeing Through the Bars in June 2020. This virtual prison education program has a mission to teach people in prison about the power of media and the importance of using their voices to drive social change. The stories, we hope to generate, aim at humanizing people in prison, bridge the gap between the outside world and those who are incarcerated and amplify the experiences of incarcerated people. 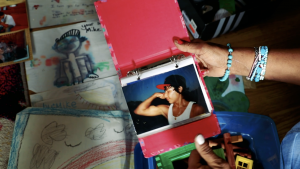 Monte and I have been working with Michael Meza, a Native American male who has been incarcerated since 2010 at 15 years old. With me, he shared the mental and emotional strain COVID-19 has had on him and his family, especially since the prison has put a stop to family visitations. Michael talked about the challenges of having to navigate the prison system as a young person, and how learning more about and practicing his Native American traditions has helped him get through his time inside. Michael’s experience isn’t unique, and stories like his are testimonies for prisons to change the way they operate, and they point to a need for transformative justice, and for mass incarceration to end.

Seeing Through the Bars  pairs participants on the outside with people who are incarcerated at the Gus Harrison Correctional Facility in Adrian, MI. Partners correspond with each other via JPay, an e-mail service used by prisons. Using the story prompt, “How has the coronavirus impacted you while you’re in prison?” partners write stories in any creative format they choose, including short essays, songs, poems, short stories, or creative nonfiction. Once stories are written, outside participants develop media projects based on those stories. These could be video shorts,  recorded songs, photo series, or multimedia projects. Final media projects will be showcased at a virtual event on September 9, 2020, marking the anniversary of the 1971 Attica Prison Rebellion. Given the challenges of organizing in the midst of the COVID-19 pandemic, the event is a virtual, demo version of something bigger that could be implemented inside a prison. In the future, it is my hope that incarcerated people can produce their own mediated stories and gain hands-on experience in media production and storytelling.

The images and the stories people inside tell – the ones that people on the outside consume on a constant diet, affect how we think and feel about incarceration. It is a fact that media used meaningfully impacts collective perceptions, emotions and actions. I envision a program that expands opportunities for incarcerated people across the country so that they may develop their own channels of public communication, operated by people on the inside.  Incarcerated people are vulnerable communities, lacking opportunities to have their voices heard, and are often misrepresented by (corporate controlled, and largely white-led) mainstream media. Seeing Through The Bars extends media creation opportunities to those who are incarcerated,  amplify their voices, share strategies, coalesce around demands for radical change, and collectively communicate the tools needed to fight against oppressive prison conditions. This is what communicative solidarity could look like. 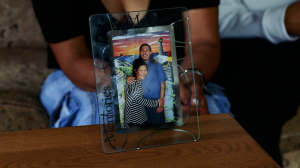 I believe that education can be effective and policy change can only happen if those who are incarcerated are able to connect with currently non-incarcerated people. If we can find ways to strategically educate, organize, and resist systems of oppression, including mass incarceration, we can take power away and reclaim power from the oppressive systems. The classroom can be a procreative space for building social change at the institutional and systemic levels. A story told could change a perons’s life, or even the world. Amani’s story and her work in collaborating with incarcerated and grassroots organizers across the country amplify prison resistance movements. Their work also moved someone like me to take up action, using whatever resources available to me to make a difference. This is how I remember Attica.

[1] The Roddenberry Foundation makes catalytic, timely investments in original ideas and extraordinary people who can change the world. Their work is organized into three primary initiatives — Roddenberry Fellowship, Catalyst, and Prize — all of which offer opportunities for original thinkers, activists, and innovators from all walks of life to pursue significant, lasting change.

Tirrea Billings is the communications manager at the Arcus Center for Social Justice Leadership, a documentary filmmaker, and the co-founder of Reflct Media, a docu-style storytelling organization that serves as a platform for underrepresented voices in marginalized communities. She holds a Master of Arts in Communication and a Bachelor of Arts in Film, Video, Media Studies from Western Michigan University. 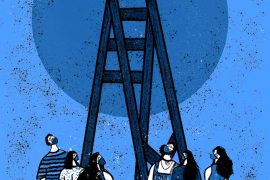 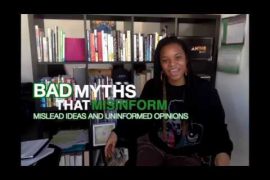