On September 9, 2016, the 45th anniversary of the Attica prison uprising, prisoners from at least twenty-one states began striking against what they called “modern-day slavery.” The strike stands as one of the largest in U.S. history (figures are difficult to verify and the California prison hunger strike in 2013 involved at least 30,000 people) and several prisoners have lost their lives in this struggle. Prison strikers’ language is not hyperbolic. As Ava DuVernay’s new documentary on the 13th Amendment highlights, the very amendment that abolished slavery and guaranteed the legal emancipation of nearly four million enslaved people also carved out space for the continuation of slavery “as a punishment for crime whereof the party shall have been duly convicted.”

The current prison strike’s struggle to achieve visibility (organizers have alleged a “mainstream-media blackout”) has been a central obstacle since the origins of prison organizing. In light of the dangerous implications of neoliberal prison reform and the marginalization of the current prison strike from the public political sphere, the Prison Abolition Syllabus (modeled after #FergusonSyllabus, #Charlestonsyllabus, #WelfareReformSyllabus and Trump Syllabus 2.0) seeks to contextualize and highlight prison organizing and prison abolitionist efforts from the 13th Amendment’s rearticulation of slavery to current resistance to mass incarceration, solitary confinement, and prison labor exploitation. 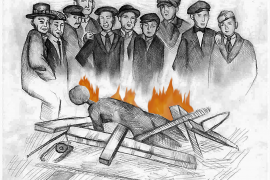 Rage Against the Narrative: How to Understand Psychic Violence and Murder
Vikki Law: Resisting Gender Violence Without Cops or Prisons 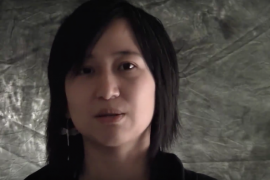