In the western most corner of India, nestled in the State of Gujarat, sits the city of Ahmedabad. It has been known for many things over the course of history, unsurprisingly spanning the good, the bad and the ugly almost equally, and while much has shifted during the course of its 600+ years of existence, as far as most can remember certain things have remained much the same. While boasting rapid growth towards ‘metro-city’ status, it is no Bombay, Delhi or Bangalore, especially when it comes to the city’s Queer movement. Until recently, this rather conservative, deeply ‘private’ and business-minded community had seen near zero LGBTQIA+ groups, events or public dialogue, let alone real-life, out, individuals. As with any city that forces its chosen ‘others’ to live in the shadows, the small gatherings and groups that came together have remained far underground, isolated, and therefore sadly and near complete inaccessible to everyone else, including many in the queer community.

Something changed. In June 2016 QueerAbad opened its doors through Facebook[1]. It had existed in my imagination for a fair bit longer, and there was something about that moment that felt exactly right to bring this dream to life. It had been almost a year since I returned from college in New York, my university famous for its primarily queer student body, and found what used to be enough was really just all I had known. My queerness and I had outgrown the fishbowl and was desperate for community and an openness that seemed impossible here. It was the realization that if I, with all my privilege and access, could feel so isolated and bereft, then what was it life like for the average queer individual struggling to live in this city? It was this that prompted the beginning of what came to be known as QueerAbad.

My partner at the time and I, along with a few others, made the choice to move away from the deeply secluded, disengaged and often problematic existing spaces. Instead, we committed ourselves to building something radically different. It was very clear that this new space could not be founded on fear, even as we understood that we and those connected to this work were already at risk.  We envisioned a welcoming space for all – those who were queer, questioning, curious, allies or family. QueerAbad had to be where we could educate ourselves, find positive representation and resources, where dialogue was not only possible but integral, and where we could reflect and challenge our own understanding and sense of the world. Armed with such vision, six months later we finally organized our first live event. A gathering open to the public for all to share work by queer poets. This was the first time we were asking people to step out of the safety and anonymity of an online space and into the physical world – to share a space, see and be seen by one another. At the time, for a city so reserved and a community so scared, this was a tremendous ask.

There’s really no telling what your journey is going to look like when you are building something that hasn’t been tried. The truth is you can look around for inspiration, to other cities, other countries even, but in reality, no model will ever perfectly match the specific time, location, culture or context within which you find yourself. This realization, with all its promises, was equal parts daunting and exciting. Movements like these are often born of one’s own realities. They are a response to a basic need, a dearth of something integral to our ability to live freely, safely, honestly. What this meant for us was that while there was no playbook, we could turn to our own experiences and lives and find the answers we need.

What fuels QueerAbad’s core is our ability to see our community building and engagement work both as a personal and collective endeavor, knowing that both motivations are equally valid and relevant to forging changes in our life-world. Our work and world cannot be separated – our beliefs, politics, passions, desires, the multiple identities and experiences we embody, all must inform our work.

QueerAbad is a feminist, intersectional, queer space, that practices these principles and supports LGBTQ+ individuals. When we began doing events that required folx to be physically present and interacting, we sought to reimagine community building, so that we could reach and be meaningful to the vast and vastly different queer individuals who lived Gujarat. QueerAbad’s core work is rooted in the importance of art and education as a means for forging change. This shows up in the way we curate physical spaces, affecting a welcoming, warm and almost familiar atmosphere for LGBTQIA+ who enter.[2]

Since its formation, our events have shifted and expanded their focus, looking at our own understanding of gaps, a willingness to let go of what we may have tried before and most of all reflecting the needs of the community at any given time. Since last year, we started to center on the need to create resources for mental health. In the last few months, as Delhi is in the midst of an election season (for the legislative assembly), somehow QueerAbad ended up being a hub for information sharing, including local protest sites. Interestingly and in a short span of time, we saw a wider range of followers, engaging our posts, turning to us for reliable information, and most importantly, trusting us to keep them in the loop and to be in solidarity, even as we took up issues typically considered outside of our expected focus area of queerness.

Many of us are crossing fingers after two months of steady protests around the country in response to the ruling parties current pet project for the nation, the deeply divisive and offensive National Register of Citizens (NRC) and Citizenship (Amendment) Act (CAA), that set the stage to make all those who cannot provide specific documentation to prove their citizenship into illegal immigrants, while in turn blocking the naturalization of any Muslims attempting to apply to live in the country[3].  Sadly apart from cricket, I have long wondered if anything could pull together this diverse, complicated, fractured country to fight and care for its collective own. The fierce resistance against the CAA and NRC  may have restored my faith just a little. The fact that these nation-wide protests, spanning over 40 indefinite sit-ins[4] and dozens of others (including abroad[5]), are being led by mostly female identifying folx[6], from a variety of backgrounds and supported by a surprisingly mixed demographic (across class, caste, religious and genders), is beautifully unexpected and heartening.

Our rather public support of these protests also invited an interesting direction in social dialogues. We received messages, including DMs from known QueerAbad frequenters, asking how and why we were making “this issue” our problem. One message asked, rather innocently, “…we may stand against these laws and protest on the streets for them, but when we have pride, do you think they will come and help us in return?” We see these emergent concerns as an excellent opportunity to reiterate our own commitment to being intersectional, using the current political scenario to illustrate and discuss the fundamentals of who we are and what our role is within this larger world. We believe that single issue activism can no longer be an approach, and regardless of the issue, a queer intersectional feminist approach insists that all forms of oppression and marginalization are interconnected. These oppressions stem from and feed the same systemic hetero-patriarchy that works to silence, and even kill us.

To move forward collectively as a stronger whole, one that is capable of creating systemic change, we cannot afford to ignore our fragmented, individual selves. That progress is not merely about looking to the future but simultaneously making visible and taking stock of our past and present selves, in order to heal. Instead of clinging to the easy stillness of comfort, QueerAbad has learned to embrace the shifting nature of our work and the needs of our community.  This work above all has taught us to not be afraid of certain changes, redirect, or pause to breathe.

*A version of this essay previously appeared in Consideraciones Magazine. 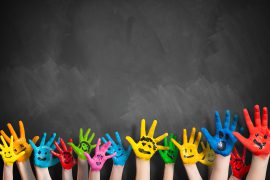 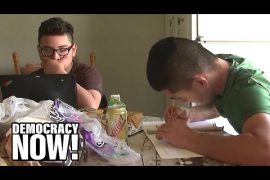 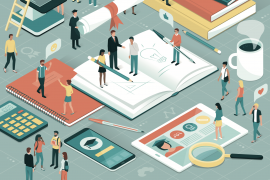 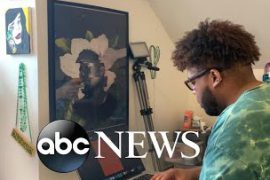 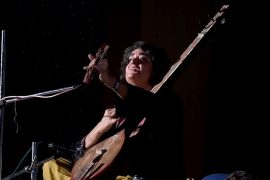