This past Saturday, the day before Mother’s Day, Moms United Against Violence and Incarceration, hosted an Incarcerated Mom’s Day Vigil and Toiletry Drive outside Cook County Jail. We’ve been doing this for 3 years running. As an organizer with Moms United who was formerly incarcerated, I know how necessary this is. Moms of all kinds, who are struggling to survive on the inside, need hope. And their families need help too. We live in a world that does too little to support incarcerated moms and women, yet criminalizes their survival. We don’t have enough support before, during and after release from prison.

I spent nearly three years locked up at Cook County Jail before my trial, and twenty years altogether locked up. As I stated at the Vigil, my family and I are still recovering from the trauma of separation. Actions like the Vigil organized by Moms United with other organizations including Black Lives Matter Chicago, LetUsBreathe Collective, and Love & Protect give incarcerated moms hope by letting women know that their womanhood, motherhood, and belonging to community is not forfeited because they are incarcerated. During my incarceration, there were no actions like this. I am grateful for the few who did not give up on me and stood by me during that 20 years. Now that I’m out, I am so grateful to be a part of a movement that not only gives hope to mothers who are locked up but offers practical help with the everyday struggles of being incarcerated to the return to society after incarceration. Moms United provides crucial support like carfare to get around the city, help taking care of parole/probation stipulations, support for groceries and rent, and a listening ear all of which are sorely and sadly needed.

I attended the Vigil last year, this year and will be there next year, the year after and the year after that until the 96 acres of land upon which Cook County Jail stands has been reclaimed for communities. Until then, I and Moms United Against Violence and Incarceration, along with those organizations with whom we share a common vision and purpose, will continue to educate and organize against the carceral state’s treatment of women, children and whole communities who are caught in its web of violence.

Monica Cosby is a mother, feminist, poet and activist. She is from the Uptown neighborhood of Chicago and comes from a long and rich tradition of activism. She was lost to the cycle and system of incarceration for 20 years, but has made her way home. She is an organizer with Moms United Against Violence and Incarceration. Monica believes in the ideal of “speaking truth to power,” and in Assata Shakur’s words, she believes “in the sweat of love and the fire of truth.” It is in this spirit that she speaks and writes.

Global Health in the Trump Era: Reflections on the Backlash
Republicans have one major problem on Obamacare 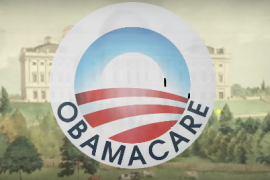