“Alina” is an excerpt from Lavil: Life, Love and Death in Port au Prince, an immersive and engrossing oral history collection edited by Peter Orner and Evan Lyon

How we live in relationship with others when practicing global health is personal and fundamental. This is even more urgent as “America First” threatens to bury the USA’s commitment to global health. Despite the overwhelming list of pressing issues threatening today’s world, we must keep focus on people, on each other. Lavil: Life, Love, and Death in Port Au Prince, edited by Peter Orner, a writer and story teller, and Evan Lyon, a global health practitioner, is a beautiful and tragic collection of intimate, raw narratives from Haitians in post-earthquake Haiti. It is a reminder of the fact that when we as global health leaders and practitioners become removed from the lives of the patients and communities that we serve, we lose our way.

The Social Medicine Consortium has beautifully described this process of immersion: “In doing this work we are committed to engaging in humble relationships that recognize our limitations and privileges, acknowledging pervasive historical injustices and pursuing collective liberation through shared struggle. We seek proximity to suffering and create coalitions that transcend traditional lines of power, and utilize disruptive activism to redistribute power and center marginalized voices.” Lavil embraces these principles and offers readers the opportunity to immerse themselves in the personal narratives of Haitians like “Alina,” a mother living in a shelter with her four-year-old son.

This excerpt from Lavil offers a glimpse into Alina’s journey – in her own words – as she sought treatment for TB and HIV.

Global citizens and global health practitioners should read about the lives of Haitians described in Lavil as one of innumerable acts of awakening, personal transformation, and reeducation.

“Give light and people will find the way.” Ella Baker

We met Alina (a pseudonym) in the tuberculosis ward at the General Hospital in Port-au-Prince. The interviewer, a doctor himself, spoke to Alina about her condition. The ward was housed in a semi-permanent shelter adjacent to the largely destroyed main hospital radiology building. Initial improvised efforts to care for tuberculosis patients at the General Hospital after the earthquake had evolved into an ambitious and deeply dedicated organization called Ti Kay Haiti, led by an American named Dr. Megan Coffee. The main TB ward was crowded with patients, caregivers, family members, oxygen canisters, and a nest of oxygen tubing; we tried to find some quiet and privacy. While Alina was being treated at the General Hospital for TB and HIV, she also had nowhere else to go, and was living in the hospital with her four-year-old son. As we talked, the boy darted around the hospital campus. [1]

I have two children. The oldest one, Reuben, is here with me. I was never married. Reuben’s father is a jerk. He knocked me up, and then said my child isn’t his, just because he is dark and Reuben is lighter than he is. Reuben is four years old now. He’ll be five soon. The youngest is nine months old and living with his dad in the Dominican Republic. He’s not the father of my first son. I was never married with him either.

I was nineteen in 2008 when I was pregnant with Reuben. At that time, I took the HIV test at Carrefour Center, Fort-de-Fou. [2] I was positive. I received some ARV medication for my pregnancy. [3]I received just one medicine. I took it in the morning and afternoon. I don’t remember what it was. It was some big white pill.

Reuben was born March 30, 2008. The delivery was without complications. Reuben was tested for HIV when he was born, and the test came out negative. They retested at three months and six months. His test at six months came out positive.

They told me not to breastfeed him. I didn’t listen. I didn’t think he could catch the virus through breastfeeding. I didn’t have money to feed him other things. They said if I did, it wouldn’t be good for him, but they didn’t explain why. They didn’t clearly say that he’d be infected.

I started getting sick at age nineteen, after Reuben was born. I started feeling pain in my chest, and I was coughing all the time. I went everywhere—spent a lot of money, and no one could tell me what was wrong with me.

I don’t know how I became sick. I just started being sick. All of a sudden. It started with the coughing—it was the hardest part—and spitting. It made me lose a lot of weight.

In February 2011, I was following treatments at a hospital in Carrefour, but they told me that I had to come to the General Hospital in the center of Port-au-Prince.

I didn’t want to come to the General Hospital, because there are so many things here that people shouldn’t see, and the staff doesn’t treat the patients well. However, they told me that I had to come. I was told that I would find a beautiful grimel with long hair who would take care of me. [4]

When I came to the General Hospital, the doctors paid for me to do a chest X-ray. When they told me that I had tuberculosis, I thought I was going to die. I started taking drugs for it. I stayed for twenty-three days. After taking the medications, I started feeling better. Then I went home.

I came back to Port-au-Prince fifteen days after my son was born, in April 2012. I’ve heard from my second son’s father that he was not infected. The test was negative.

When I came back here to the General Hospital, they saw that I had active TB again. Dr. Coffee didn’t want me to leave before finishing the six-month treatment like the first time. She kept me here until I finished it. I thought I was going to die, since I heard that you usually die after a relapse. But God looked favorably upon me and the doctor took care of me and fed me. I’ve been here for six months, going on seven, for the treatment. I’m done with the TB treatment. I’m now taking only ARV medication.

Since I came back from the Dominican Republic, I’ve been sleeping here at the hospital. My older son is with me. I told the doctor that I was going to go back home to the place I know in the Dominican Republic. It’s called Isabel. I liked it there. I had my Haitian friend with me to help me out. Here, I suffer. But the doctor said no, because I won’t find the ARV there. But, I think that’s where I’m going to go anyway because I have nowhere else to go.

Do you have hope?

Well, with this disease, only God knows for how long I will stay on this earth.

I’m waiting on God. All I can do is take the drugs and wait on Jesus. Only God has the last word. Whatever He wants for me, I’ll go by this. Life or death. The best thing would have been for me not to catch the virus, but I did. So, I have to deal with it. I’m not afraid.

What do you want for Reuben?

I still can’t send him to school. I don’t really have the means. He should have gone to school at three, but now he can’t.

What will you find happening in your life in the next few months?

Do you lose faith?

Why not? What hope do you have?

In 2014, we returned to Ti Kay to get an update on Alina. She had left the General Hospital and was out of contact for more than a year. There was a rumor that she had died. We spoke with Margot Albert—a volunteer from San Francisco helping at Ti Kay—at their new location near the airport. They no longer had an inpatient space for treating tuberculosis or HIV Patients were now supported in the community, often assisted by other patients who had been cared for by Ti Kay.

In February or March 2014, I heard that Alina had passed away. There was a belief that a nurse had seen her die, but then someone else said that she was in Cange. [5] We sent Josil, one of our workers, to Cange, but he didn’t find her there.

I don’t know what made her decide that she wanted to walk away from treatment and the community here. She was living in a house with other patients, Josil, Marlene, and another woman. It was people who had become support systems for each other in the ward. I think the relationships changed once they didn’t have that ward structure. When she walked away, her son was in an orphanage. She was working there for a while. It’s in Delmas 33. He was living there as an orphan, but she could still see him. That was the last arrangement I knew about. I don’t know if Alina was living at the orphanage or at the house with other patients. I’m just not sure what made her disappear.


[1]Editor’s note: This story and two others (Josil, page 235, and Christopher, page 255) focus on hospitals and medical care. We’ve chosen to leave some of the questions in because it reflects the intimate nature of the doctor/patient relationship here. For more on current health crises in Haiti, see Appendix III, page 317.

[2]Carrefour, on the northwest edge of Port-au-Prince, just south of Port-au-Prince Bay, is a dense residential suburb of more than 400,000 and was near the epicenter of the 2010 earthquake.

[3]ARV or ART refers to antiretroviral therapy for HIV It can also be referred to as HAART—highly active antiretroviral therapy. This kind of effective, combination treatment for HIV was introduced in 1996 and changed the course of HIV disease dramatically, from a near-certain death sentence to a medically controllable chronic disease. Living with or dying from HIV is largely a matter of social forces— poverty, inequality, access to medical care, et cetera. The therapy became fairly widely available in Haiti beginning in the early 2000s. When used appropriately during pregnancy, HAART can lower the risk of passing the virus from mother to child to less than 2 percent.

[4]Grimel is a Haitian term for a lighter-skinned woman, usually inferring lighter skin with African features. There is an entire lexicon of physical and racial descriptions in Kreyol—most dating back to the colonial era, some lost over time, but others very commonly evoked. What is interesting here is that Alina is referring to an American doctor with red hair, far from the Haitian meaning of grimel, but seems a term of endearment for Dr. Megan Coffee.

[5]Cange is a Partners In Health hospital in the Central Plateau, hours from Port-au-Prince.

Peter Orner is the author of two novels (Love and Shame and Love and The Second Coming of Mavala Shikongo), two short story collections (Esther Stories and Last Car Over the Sagamore Bridge), and editor of two books of non-fiction/oral history (Underground America and Hope Deferred). He is co-host of a radio program on KWMR/ Point Reyes, CA called Casual Footsteps with John McCrea and co-owner of a bookstore called the Book Exchange.

Evan Lyon is a physician who has worked on health and human rights in Haiti since 1997 with Partners In Health / Zanmi Lasante and other Haitian organizations and is currently Chief Medical Officer the Heartland Alliance, a Chicago-based NGO. 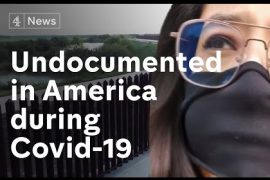 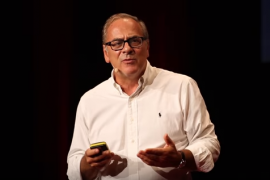