Inspired by the #FergusonSyllabus, the #StandingRockSyllabus, the #BlackIslamSyllabus and others, this reading list provides resources for teaching and learning about anti-Muslim racism in the United States. Although “Islamophobia” is the term most recognizable in public discourse, it does not accurately convey the making of racial and religious “others” that fuels the forms of discrimination Muslims face in the United States. The term Islamophobia frames these forms of discrimination and their roots solely as a problem of religious discrimination. Calling this a “phobia” suggests that this discrimination is solely a problem of individual bias, which obscures the structural and systemic production of anti-Muslim racism.

This syllabus reframes “Islamophobia” as “anti-Muslim racism” to more accurately reflect the intersection of race and religion as a reality of structural inequality and violence rooted in the longer history of US (and European) empire building. Conceptually, a focus on anti-Muslim racism is connected to an analysis of history and forms of dominance – from white supremacy, slavery and settler colonialism, to multiculturalism and the security logics of war and imperialism – that produce various forms of racial exclusion as well as incorporation into racist structures. Our primary focus is on the manifestation and impact of anti-Muslim racism in the United States.  At the same time, this syllabus insists on thinking about anti-Muslim racism as a global project that overlaps and intersects with the exclusion of other marginalized groups (e.g. Black, queer, Latinx, immigrant, indigenous, etc). It also connects the histories of various racial logics that reinforce one another, including anti-Muslim racism, anti-Black racism, anti-Latinx racism, anti-Arab racism, and anti-South Asian racism.

By focusing on understanding Islamophobia as anti-Muslim racism, this syllabus challenges the idea that the problem is one of individual bias and that simply knowing more about Islam will necessarily lead to a decrease in anti-Muslim racism. Instead, it suggests that learning more about how structures of violence, inequality, and war have produced anti-Muslim racism and discrimination and its wide-ranging impact on everyday life is essential in order to challenge its assumptions, logics, and practices. While the readings include pieces that address recent events like the 2017 “Muslim ban” executive order, they also show that similar policies extend to both earlier moments and other communities.

This is an interdisciplinary syllabus with social justice education as its objective. It is not meant to be an exhaustive or comprehensive list of resources or readings, but instead provides one possible curated list of teachable texts and materials that provide a good introduction to each section.

The syllabus is organized by the following themes and topics, which move from broader framing issues to more specific exam

I.   Race, Empire and Islam

II.  The Impact of Anti-Muslim Racism

II. The Production and Reproduction of Anti-Muslim Racism

III. The Impact of Anti-Muslim Racism 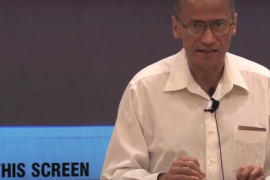 The Racist Roots of Liberalism
Islamophobia killed my brother 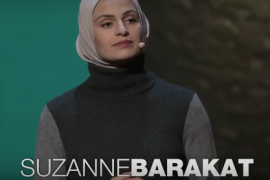