The first time Alberto Mendoza-Galina[1], a journalist and producer of independent video documentaries, became involved in the lives of temporary foreign workers (TFW) working in Canada was when he ran into them, accidently, at the Vancouver airport. “It was just luck, because they’re so invisible, nobody knows they’re here.”

TFWs have been coming to British Columbia (BC) to work in agriculture since 2004, the year that the Seasonal Agriculture Workers Program[2] (SAWP) was introduced to the province. Yet to this day, many Canadian consumers are not aware of the connection between local produce and the lives of these migrants. Although it has become more commonly known “where” our food is grown, “who” grows our food still remains virtually unknown.

The SAWP is a federal program but often operates differently in varying provinces. Through bilateral agreements, employers hire TFWs from Mexico and some Caribbean countries for a period of up to eight months per year. To qualify as an eligible employer, the business must be primarily agricultural, and preference is given for particular commodities.

Employers assume particular responsibilities for the TFWs. They are responsible for providing housing as well as transportation to, from and within Canada; in addition they must ensure TFWs are registered for provincial health care. In BC some housing costs are deducted from the workers wage. Wages for TFWs in agriculture are mandated to be equal to any Canadian citizen or permanent resident working in the same position.

Mendoza-Galina believes that in order to have a successful program we need to ensure “more than the minimum standards” because “this industry depends on these people.”

Despite the regulations in place under the SAWP, Mendoza-Galina claims that many workers’ rights are not upheld to the same standards as Canadian workers. Many TFW face significant barriers to services: inability to speak either of the official languages (English or French), physical and social isolation, and lack of information.

Regulations
Gerardo Otero, a professor at Simon Fraser University, who considers himself an “interested scholar” and a fellow Mexican migrant, argues that TFWs “work in one of the sectors [of the economy] that is least regulated.” Very few economic players operate in the agriculture sector, leaving both farmers and workers reliant on select companies to make many decisions.

Another difficulty in regulating the agriculture sector is the numerous jurisdictions responsible for upholding and protecting the rights of TFWs. The SAWP is regulated by federal law, labour rights are provincial, and living conditions are municipal. Otero argues that the existence and roles of multiple jurisdictions is problematic because it has created an “area of vagueness” in terms of responsibility.

A “forced” migration
“I think they are like refugees, they have no choices,” Mendoza-Galina says. “There are no other options back home.” He sees the SAWP as a forced migration policy for many participants, connecting the global movement of people with that of capital, Mendoza-Galina calls this system of globalization “so dehumanizing… it’s just appalling.”

Tom Sandborn[3], a self-described political activist, journalist and concerned citizen, also makes the connection between TFWs, refugees and economics. “I think they have been hideously ripped off,” he asserts. “First by the class and race oppression in their home countries that leaves them so vulnerable…and then by the dirty deals struck between nation states about when and how people can cross borders.”

Many fail to recognize the extent of time TFWs spend away from home, working to support our communities in Canada. TFWs live and work in Canada for up to eight months per year and do so for up to 12 years. The way Mendoza-Galina understands this, “they are actually living here. They are permanent, and they have vacations back in Mexico.”

Prolonged work outside of one’s home country also puts pressure on those who are left behind. Otero spoke of more subtle criteria: in order to be eligible as a TFW, a worker must have dependents or families back at home resulting in “communities themselves, [losing] a lot back in Mexico,” and ensuring the workers will return home and not attempt to become Canadian citizens.

Human rights
Sandborn sees human rights as “[representing] the minimum freedoms and safeties that are necessary for human beings to have the possibility to maximize their potential for intelligence, love and social engagement.” Mendoza-Galina points out that human rights also imply certain freedoms: movement, speech, a protected life, as well as access to education, and healthcare.

Otero, who is originally from Mexico, reflects on the value of his rights and his “appreciation for being treated on the same level playing field as other workers [in Canada].” Sandborn argues that with his rights comes the responsibility and the opportunity to “use what we have been given” to improve the lives of others.

In Sandborn’s experience this has not been consistently upheld: “the actual working conditions by which [migrants] live; exposure to toxins, denial of even the most basic rights that citizen workers are allowed, often sexual abuse, often physical abuse” is a direct violation of the most basic human rights which all countries, including Canada, must ensure. Mendoza-Galina reminds us that although regulations have importance, being able to exercise those rights is of the most importance. 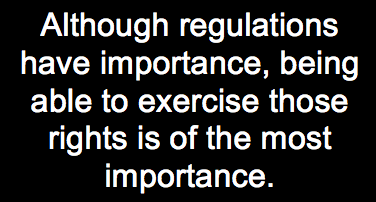 In the report, Citizenship and Precarious Labour in Canadian Agriculture by Gerado Otero and Kerry Preibisch for the Canadian Centre for Policy Alternatives, the authors cite that 37% of the participants in their survey felt that the housing provided (which they are mandated to live in) presented risk to their health.[4] In addition, many workers lack access to proper sanitation facilities and safe drinking water.

A disposable workforce
Otero problematizes the implications of even labeling TFWs as temporary: “The trouble is these temporary foreign workers have been placed in these programs for decades…so it is a permanent form of temporariness.” By categorizing them in this way the Canadian government is also devaluing the work of migrants on Canadian soil. Mendoza-Galina argues “there is a reason they developed this program, and that’s because the [people] work hard and they are reliable.”

The negative consequences of a temporary immigrant workforce are apparent in other countries and contexts as well. For example, many workers who migrated from Mexico to the United States to work in the agriculture industry under the bracero program faced significant exploitation in the workplace both in the present and past.[5] Germany also hosts “guest workers” from Turkey, a program that began after WWII. The goal was to rebuild the country and fill the gaps in their labour force. Guest workers were allowed to stay a maximum of two years, and could not bring their families to dissuade them from immigrating.[6]

Significant portions of the agriculture production sector in BC are reliant on these “precarious and vulnerable workers”, as Otero describes them. Mendoza-Galiana refers to TFWs as “invisible people;” their presence – let alone their contribution – is rarely recognized.

The future?
Many local advocates and organizations are encouraging the creation of a pathway to permanent residence for TFWs. The most common call is to allow the TFWs to begin the application process – which often takes a minimum of 18 months – upon arrival. Given that so many TFWs return annually, Mendoza-Galina sees this as “the humane thing to do… especially when they’ve been here ten years already”.

Otero and Mendoza-Galina both emphasize the importance of individuals having the option to bring their families with them to Canada. This would improve the social and emotional support workers have while in Canada. Otero believes that if these workers are necessary to support Canada’s agriculture industry, then they also need to be supported by having full rights while they are here.

One of the next steps Sandborn recommends is informing the public about “what is being done in our name.” There are no signs at the grocery store telling you who grew and picked your blueberries, or your tomatoes, or what kind of conditions that person lives and works in. This is a form of public education that could enable more mobilization and policy changes.

Sandborn believes that shame and guilt can be good things “when they prompt a change in behaviour.” He sees the provision of human rights and respect to migrants as “expanding the circle of who we mean when we say we” and believes “the goal is to get to a place where when we say we, we mean all human beings.”

Behavioural change and policy change can be long and grueling processes, especially on such a large scale, but both can be the starting place to accepting TFWs into our communities as valid and valuable members of Canadian society. They are literally providing food on our dinner table and deserve our recognition and appreciation.

Sarah Duggan is a Canadian undergraduate student who grew up in North Vancouver picking berries in her neighbourhood. Sarah continues to pursue her passions in human rights, and social and environmental stewardship and sustainability through her undergraduate degree at Simon Fraser University. 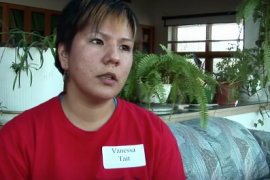