By Lisa Brock, Senior Editor and Academic Director of the Arcus Center of Social Justice Leadership at Kalamazoo College

On June 24, 2015, Jennicet Gutierrez interrupted President Obama at a White House event celebrating LGBTQ progress. “I Interrupted Obama because we need to be heard,” Gutierrez said in her June Blade essay. She continues, “Progress has not been fully realized because of the continuous discrimination and violence we face in our daily lives.”s She was quickly heckled and removed from the event, but was able to say: “President Obama, release all LGBTQ immigrants from detention and stop all deportations.” At the time, there were 75 transgender people being held in US detention centers.

On the weekend of October 8-11th, Kalamazoo College’s Arcus Center for Social Justice Leadership was honored to host Gutierrez, as one of the representatives of Familia: Trans Queer Liberation Movement, along with nine other finalists for the 2015 Global Prize for Transformative Social Justice Leadership, our second $25,000 social leadership prize competition.  The theme for the first Prize, in 2013, was Collaboration; 2015’s focus was Transformation. This year, we wanted to lift up Global Social Justice Projects that not only functioned to transform structures of oppression but also worked in such a way that “just” relational transformation was also visible in their approach and within their organizations.

In all, we received 86 video submissions. Ten finalists were selected through a collective-community juror process and each finalist was awarded $1000 for being selected. Each was invited to attend Global Prize weekend in order to present their projects to the ACSJL community and to engage with our community and each other.  There were seven handpicked final jurors who ultimately made the decision on the $25K “winner”. They represented the College, the Kalamazoo community, and national and global social justice movements. Code Pink Founder Medea Benjamin was a juror and our keynote. In 2013, Angela Davis, Detroit-based activist shae howell, and HIV-Aids activist Carey Allen Johnson were jurors and keynotes.

The 2015 Projects were simply mind-blowing. They ranged from an indigenous Hip-Hop project in Uganda, called Bavubuka, which decolonizes and empowers young people to find their own Lugandan (indigenous language in Uganda), to a radical mental health initiative, the Icarus Project, which identifies systemic inequalities and Big Pharma as major culprits in our mental health crisis.

Familia: Trans Queer Liberation Movement, whose work is primarily focused on Undocumented Queer Latinos and their families, won the prize. Through community organizing, advocacy, and education, Familia is building an intergenerational movement at the national and grassroots levels. “It’s an honor to work on behalf of the undocumented immigrants who are suffering,” Jennicet Gutierrez said upon winning. “We’ll work tirelessly to stand up for the dignity of these brave people.”

Two projects were awarded Audience Choice awards. The K College community was moved by the determination of Colombian workers to stand up for the “sacred right of work”.  Moving around on a cane, finalist Jorge Parra from ASOTRECOL – the Association of Injured Workers & Ex-Workers of General Motors Colmotores (ASOTRECOL)– explained that he was in his early 30s and had, like many of the injured workers, suffered a spinal cord injury due to working conditions at the plant. ASOTRECOL represents a group of workers from Colombia who, after being injured at work, were fired with no health benefits and no pensions.

In August of 2011, Parra and other workers built a tent city in front of the US Embassy and launched a Hunger Strike by sewing their lips together with needle and thread. This tent city is still up and other injured workers, working in other US companies in Colombia, such as at Kraft foods, have joined them. Rank and file GM workers in the US formed the ASOTRECOL Solidarity Network, and about ten workers from Detroit and Portland showed up in Kalamazoo to support Jorge Parra.

The second Audience Choice award went to Mujeres, Lucha y Derechos Para Todas A.C.Through tears, two organizers, representing a movement of the Mazahua (an indigenous people) women shared their journeys, passion, commitment, and power. Struggling against their men and the state, they are risking their lives for the rights of women to live without violence and for social reproductive rights. Currently, MULYD has organized 26 community alliances in five cities, a figure they are looking to double in two years. As Guadalupe Alvarez shared her own harrowing story, her courage was palpable. If MULYD is able to grow their movement, the entire country of Mexico could be changed.

When we at the ACSJL decided to hold our Global Prize event, our goals were multiple: 1) uplift and make visible the work of grassroots social justice movements; 2) provide a brief respite for high-risk takers; 3) build relationships with cutting edge and emerging global social justice movements; 4) have the finalists network, share, and learn from each other; and 5) promote the work of the ACSJL at Kalamazoo College and its values.

We have reached our goals in numerous ways. For instance, we built a strong relationship with Patrisse Cullors, and her organization Dignity and Power Now, which was a finalist in 2013. Cullors went on to be a co-founder of the Black Lives Matter Movement and came back as a Visiting Fellow in the fall of 2014, just after the death of Mike Brown and the heightened moment of the Ferguson protests.  We were proud to have her and the organizers that she brought to campus share this struggle with us. She used her time with us to produce a devised theater piece entitled POWER: From the Mouths of the Occupied, in which 8 of our own students shared their own poignant stories of state violence. Since then, Cullors has mounted this piece elsewhere.

Similarly, we learned that this year’s winner, Familia, was actually donating a portion of their award to MULYD so that they could buy a car to facilitate their work. This represented the type of spirit and solidarity among the finalists that we had hoped for. We are also planning to bring some of the finalists back to campus to engage more fully with our community and possibly with a broader national scope.

While 2015 weekend was inspiring and uplifting and met most of our goals, the awards process remains imperfect and raises key questions for us. How does one carefully and fairly compare the social justice work of projects so differently situated in the world where colonialism, neoliberalism, militarism, gender, and sexuality, for example, have manifested themselves so differently? What might be possible in one place might be suicidal in another. Another issue is the question of competition. By offering a prize we were able to hear from and ultimately engage organizers from around the world, but is competition the best way to do that? We, at the ACSJL, are super excited by the extraordinary social justice leaders we got to know at Global Prize 2015, but we are also working on these questions. 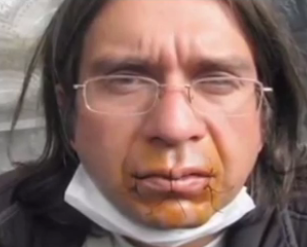