I honest to gawd thought when I saw the article, “Push for Gender Equality in Tech? Some Men Say It’s Gone Too Far,” that it was a clickbait satire piece. Nope. It was a full-fledged New York Times article and as of its publication was in the top 5 viewed articles and continues to trend on Pocket. As I read the article, I went on a Facebook rant that I cleaned up here.

The gist of the article is that men who make up the overwhelming majority of engineers and leaders in Silicon Valley are being discriminated against by pushy feminists. As if.

I have worked to increase the diversity of the STEM workforce for over 20 years. I know these issues in and out, upside down and have heard almost every spin on why we can stop talking about diversity in STEM. “The real issue is in a small handful of majors! Women earn half of our biology degrees and choose to leave! You can’t force girls to play with LEGOS!” This article takes the cake. It also points out that the solution is not just teaching girls to code because it impacts not just women who do the tech, but the women who market the tech, manage the tech, and hire the engineers. The sexism of Silicon Valley seeps up from the programming trenches into the C-suite where women tech leaders, like Sheryl Sandberg, do not hold STEM degrees. This is a systemic issue that infects the entire ecosystem and could be the fatal feature.

The issue of how to correct the sexism of Silicon Valley requires vigilance and serious discussions not tantrums. Yet despite countless articles pointing out the numerous flaws in ex-Googler James Damore’s tantrum memo, the NYTimes still quotes, without correction, his assertion that companies do not do better with a diversity staff. There is a way to acknowledge Damore’s concern and still maintain that it is flawed as there are endless studies and articles that show that diversity does improve the bottom line for companies. The NYTimes also gave time to so-called men’s rights activists who have shown time and again to be lighter fluid to online misogyny antics.

Then there is the NYTimes’ framing of Damore himself:

But those who privately thought things had gone too far were given a voice by James Damore, 28, a soft-spoken Google engineer.

Why do we continue to believe that just because someone does not yell their hate-filled words that they are someone in opposition to the person they are showing us? I’ve never heard Mike Pence yell, but I do feel the misogyny in his words in my bones. Did we learn nothing from “Devil Wears Prada” and Miranda Priestly’s mastery of speaking-softly and throwing a big coat?

But why do critics of diversity appear to be so quiet? I suspect they know they are being jerks and carry shame in that knowledge. They know they are complaining about a system that has benefited them for years but is working to furiously band-aid solutions to correct course:

I’m sitting in a soundproof booth right now because I’m afraid someone will hear me.” James Altizer, an engineer at the chip maker Nvidia. Mr. Altizer, 52.

Really? Does Altizer think his coworkers don’t read the NYTimes or have a Google alert on the company’s name? Or maybe this was a surprise for them to show them how much he cares about the toxic femininity they are forced to work under?

“No eyebrows are going to rise if a woman heads up fashion,” Mr. Parsons said. “But we’re talking about women staffing positions — things like autos — where it cannot be explained other than manipulation.”

The first protest I planned was in grade school when the boys wouldn’t let girls play in the pick-up soccer game at recess. Soccer was the sport I least liked (side chuckle to the universe for gifting me with a soccer player), but I fought for us to be included. There is a huge difference between having a “No Girls Allowed” sign up and having no girls express interest in your reindeer games. Because by putting up that sign you know damn well that girls and women do have an interest in what has been traditionally for boys and men.

Having been at this feminist game since grade school and studied the women’s history throughout my education, the critique of diversity programs comes to no surprise for me. But apparently Joelle Emerson did not see the backlash coming.

“Those leading Silicon Valley’s gender equality push said they were astonished that just as the movement was having an impact, it opened up an even more radical men’s rights perspective.”

I mean come on…there’s even a seminal book called “Backlash.” How did someone who is a women’s rights employment lawyer, says on her LinkedIn works to “build stronger, more inclusive organizations,” and has been an advisory board member for Girls Who Code not see the backlash coming? In my twenty years of working on behalf of girls and women in STEM, each time I offer something for girls a parent, often a mom, will call me and ask if it is OK to bring the little brother. Backlash is not just bros complaining in the NYTimes, but parents who think that offering a girl a chance to explore STEM with other girls is discriminatory to her son.

There is a large system that has put boys, especially white boys, at the front of the line. Any attempt to focus on girls, especially girls of color, is attacked, quietly or violently as discriminatory. No LEGO wall will ever be built large enough to keep out the misogyny, internal and otherwise, in order for real progress to be seen.

And this is where liberal feminism falls short. But focusing on activating girls to do X without critiquing the system, the overall mission can be shot down by a BB. It is not because girls do not know technology is where all the jobs are, it is because we — the media, parents, teachers, and entertainment — tell them that it is boring, it does not help people, or that they are weird to pursue those careers. This is why even though I center mentoring in my work, it is a method of teaching young women and students of color “the game.” I also agitate to change the game. We cannot change the system if we only focus on individual choices and solutions.

And then the NYTimes ends this pitiful piece of journalism by quoting a father’s rights lawyer with the tired line:

It would be nice to have women, but you cannot find applicants.

Oh if only I had a dollar for each time I have heard this I could retire from this work. Listen carefully, no amount of money that you throw at women will solve systemic sexism in the workplace if the majority of women know that your company is OK with sexual harassment, sexual assault, and keeping women below the glass ceiling. You know why we go to the restroom in pairs? Cause we’re talking about the system. We see you take money meant to uplift women in technology only to squander it on feel-good luncheons and one-day symposiums. Each time I see a frivolous innovation come from Silicon Valley I scream about why can’t these guys innovate real family-work balance?

Because when we hear people complain that diversity programs are a waste of time or don’t work, you need to ask them what they are really upset about. Is it the waste of time and money or is it that they want to defend a system where they benefit? That is when you really see them sweat. 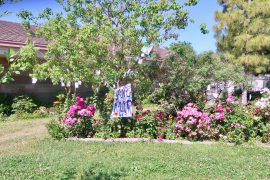 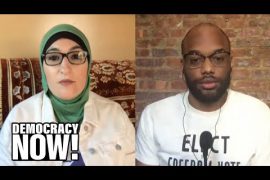 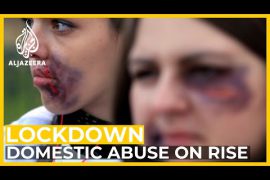 Rethink Shinola
Inspiring the next Generation of Female Engineers