In this era of mass species extinction, mass displacements including deportation, mass surveillance and incarceration, not to mention, billionaires running amok, justice sadly remains a province of the rich and the powerful. Recent wealth studies show  the wealthiest 1% controls $162 trillions or 45% of total global wealth, while the Forbes 400 richest people more than doubled their wealth in a decade. They alone hoard nearly $3 trillions.  In this age of plenty, and after decades of steady declines in world hunger, nearly a billion people experience food insecurity. Hundreds of millions of people are displaced because their homes and communities are dismembered by development schemes, real estate speculations, and land thefts. For the first time ever, more than 70 million people are forcibly displaced from their homes due to persecutions, wars and disasters. Due to a prolonged civil and proxied war, nearly 80% of Yemen’s population has been harmed and is in need of humanitarian assistance. The International Rescue Committee (IRC) recently assessed this situation as “the largest humanitarian crisis in the world.”  While extreme poverty (living below $1.9 a day) has declined, it is rising in Africa, which has 70% of the world’s extreme poor. World-wide, nearly two billion people are living in fragile contexts, whose lives are encumbered by persecutions, wars, climate related disasters and hunger. For these billions of people, more often than not, justice is whatever the powerful few say it is. And yet, for the many, whose everyday life is governed by injustices, our very existence depends on a future with justice. Indeed, few of us would contemplate, let alone afford, a future without justice or a justice without a future.

Like dreams, justice deferred is justice denied. For justice to be substantive and meaningful to the many, and not only to the few, it must be more than a prayer or an abstraction or a vague notion. In White Privilege and Black Rights, the philosopher Naomi Zack noted that applicative justice largely eludes Black people living in the United States.  Meaningful justice frequently eludes victims of injustices because the meanings of justice have been monopolized by elitist thinkers, governed by the State that more often than not services the powerful, and administered by the police and other mechanisms whose existence are meant to protect and serve the interests of those in power.

From Hong Kong and Calcutta to San Juan, La Paz and Santiago, to Johannesburg, Sanaa, and Palestine, the tens of millions of people who have taken to the streets in 2019 to protest against housing, water and fuel shortages, political repression, ethnic and religious bigotries, police and state repression, and for freedom –  they are the living proof that justice as praxis is more than a prayer, or an abstraction; it is embodied. Justice as praxis by plotters and dreamers of democracies, radical egalitarianism and planetary justice is a justice that extols the virtues and ethics of compassion and solidarity with the victims of injustices, with those who have been marked as differently vulnerable. As they stand up, sit down, lay in, and mobilize against exploitation, violence, and dehumanization, they are gifted and gifting us with alter-visions. They would rather share than hoard, build friendships and alliances instead of walls and prisons, and make meanings of justice instead of branding it.

It is my distinct privilege to serve as Praxis Center Editor in Residence for 2020. I am thrilled to have this opportunity to showcase diverse works that embodied the visions and missions of the Arcus Center for Social Justice Leadership as well as the persistence of visions of and struggles for another world – a world where justice has a future, and dignity and livable life are not only possible, but nurtured and thrived.

H.L.T. Quan is a political theorist, an award winning filmmaker, and an Associate Professor of Justice Studies in the School of Social Transformation at Arizona State University. Her community work and research center on movements for justice, and race, gender and radical thought.

Quan’s most recent work is an edited collection of essays by Cedric J. Robinson: On Racial Capitalism, Black Internationalism, and Cultures of Resistance (Pluto, 2019). Her monograph Growth Against Democracy: Savage Developmentalism in the Modern World (Lexington Books, 2012) is a radical critique of modern development thinking and programs, including neoliberalism. Her current book project, Against Tyranny: Ungovernability and Tools for Democratic Living explores willfull resistance to various forms of governing. In 1999, Quan and C.A. Griffith founded QUAD Productions, a not for profit, grassroots media organization dedicated to the principle of communication as a human right.

Through QUAD Productions,  Griffith and Quan produced/directed various media projects, including feature documentaries such as Mountains That Take Wing/Angela Davis & Yuri Kochiyama: A Conversation on Life, Struggles & Liberation; América’s Home, a film about gentrification and displacement in Puerto Rico; and most rececently, Bad Form: Queer, Broke & Amazing – a film about LGBT people and the struggles for economic justice in the United States. 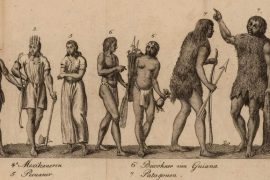 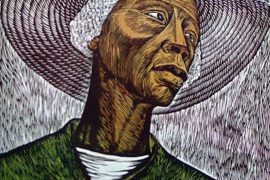 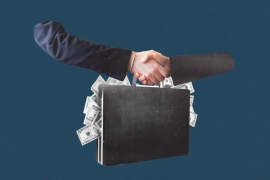 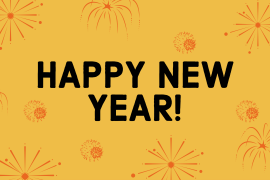