“Those who commit the murders write the reports.”  — Ida B. Wells, Lynch Law In All Its Phases, 1893

In 2017, at least twenty-two people died at Chicago’s Cook County Jail (CCJ). This news is not readily available. Rather, multiple Freedom of Information (FOI) Requests filed by the Illinois Deaths in Custody Project (IDCP) with Cook County entities to confirm names and glean a few more institutionally produced “facts” produced the following: Clifford V. Nelson, 49, died while being transferred; Lopez House, 47, collapsed and died at the jail; Lindbert McIntosh, 57, died in his sleep; Jerome Monroe, 56, also died in his sleep at CCJ. By November of 2017, a few of these deaths, somewhat surprisingly, began to make local news.

Yet, the deaths are not actually that surprising. Death is business as usual in our nation’s prisons and jails.

However, despite the regularity and number of these fatalities, and the amount of employees working in these systems, it is challenging to access information about these individuals and the specific circumstances of their deaths. Most people who die in US jails, prisons, and immigration detention centers remain invisible, with little and often no information shared with family, friends and the broader public.

A painful example: Just hours from CCJ, Toya Frazier died on December 1, 2015, at the Champaign County Jail in Illinois, where she was awaiting transfer to a Department of Corrections prison to begin serving a three and a half year sentence for felony theft. The start of Ms. Frazier’s sentence had been delayed at least three times for health reasons, and she had also asked for drug treatment. Her death, after one day in jail, was ruled an accident caused by an overdose of an antihistamine. But Ms. Frazier’s family didn’t hear this news from the sheriff’s office, county coroner, or medical staff. Instead, the night she died in jail her sisters received a call from another person locked up in the jail. Her family contacted the jail but weren’t able to confirm the death. They learned more details the next day when the story was briefly reported in a local paper. Weeks after her death the family was still waiting for an official notification and full explanation, according to excellent reporting by local journalist Brian Dolinar.

Legislation governing the availability of information about deaths of those in custody is scant and inadequate. In 2000, Congress passed the Deaths in Custody Reporting Act requiring every state to report deaths in custody from each state. (Each death is documented on a Custodial Death Report and every quarter the Department of Justice collects the data registering the total number of deaths in custody.) However, the accuracy of the data is up for debate. In an October 2015 analysis, the Department of Justice discovered that law enforcement departments under-reported arrest-related deaths more than 50%.

However faulty the data and spare the details, the stark facts, the litany of deaths, has not spurred national or even statewide, conversations about the numbers of people who die while in custody, and the reasons for their deaths. The causes of death named by prisons and jails—asphyxiation by hanging, died in his sleep, collapsed, died by accident—are uninterrogated.

In other jurisdictions—for example Australia, Canada, and the United Kingdom—a death in custody (a term that encompasses a wide range of state controlled facilities, including immigration detention centers, prisons, jails, juvenile correctional centers, mental health facilities) generally triggers an independent investigation or a formal inquest. These processes don’t necessarily result in findings that are just or transformative, but at the very least they require a sliver of public accountability.

Most people detained in a jail are there because they can’t post bail, often simply a bond of a few hundred or thousand dollars. They are waiting for a trial and not convicted of a crime. Cook County Sheriff Tom Dart stated in 2017: “on any given day we have probably 2 to 3 hundred people that if they came up [with] $500 they would leave here.” This lack of resources can be life-ending.

Poor people should not be confined in a death machine. The Chicago Community Bond Fund, sister organizations in cities across the US, and national campaigns like 2017’s Black Mama’s Bail Out from Southerners on New Ground, attempt to counter this risk by raising the cash to ensure people are freed, and campaigns to end the practice of money bond, an initiative challenged by predatory bond companies.

But this is trickier in prisons. People serving time in prisons cannot be bonded out, and, perhaps the perception that people in prison are “guilty” generates less media attention and public scrutiny and empathy.

Yet, these are our brothers and sisters, nieces and neighbors, and mothers and lovers locked in cages and dying in publicly funded prisons charged with “corrections.” According to the Bureau of Justice Statistics (BJS), Illinois’s prisons have a suicide rate of 16 per 100,000 “inmates”—almost double the suicide rate for the general public. Nationally, “suicide was the leading cause of death in jails every year since 2000,” according to the BJS. Incarceration creates and exacerbates mental health crises and the system is more than woefully unprepared: it is complicit.

While a smattering of underfunded and diligent public interest and jailhouse lawyers work on improving conditions for people inside across the nation—for example, fighting to ensure that people don’t die from cell temperatures rising to 150 F in the summer—people inside prisons are scrubbed from our communities, landscapes and humanity.

Raising bond fees to bail people out, and smart litigation that supports the survival and self-determination of people inside prison, is the work of grassroots and legal advocacy organizations. However, making visible the lives and deaths of people in custody should be a primary focus of all our public cultural institutions, from schools to museums. We are all responsible for the lives wasted and lost in our taxpayer funded jails and prisons, and implicated to the extent that we ignore the conditions that cause these deaths, over and over again. Educating the free public about the conditions for people inside, and revealing the humanity of people who die, prematurely and unnecessarily, in custody, like Toya Frazier—“Affectionately known as ‘Suga.’ A loving sister and mother to her two children. Liked to collect trinkets, especially headwraps. Always kept a bag of candy for children in her purse”—should incite people to think, and then to act. And that can save lives.

Keorapetse Kgositsile at Poetry Festival Berlin 2009
Freedom of Information Act The Man! A Workshop for Research and Action 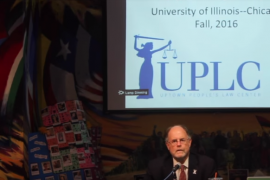