On April 4, the anniversary of Dr. Martin Luther King Jr.’s assassination, the Movement for Black Lives [M4BL] launched Beyond the Moment: United Movements from April 4th to May Day, a campaign “to strengthen the fight for justice, freedom and the right to live fully, with dignity and respect for all people.” M4BL engaged a broad based, multi-cultural, multi-sector coalition known as “The Majority” to kick off a series of actions, teach-ins and events inspired by Dr. Martin Luther King Jr.’s “Beyond Vietnam” speech between April 4 and May Day.

In his speech, Dr. King named racism, capitalism and militarism as the greatest harms challenging people to commit to the “fierce urgency of now.” As tens of thousands of protesters converged in Washington D.C. for the People’s Climate March to stand up against reactionary assaults on environmental justice by the current U.S. administration, Dr. King’s warning is more urgent now than ever. Because of the highly racialized effects of climate change, communities of color are the most devastated by our current climate conditions.

Thenjiwe McHarris a national organizer within the Movement for Black Lives delivered the following speech to the People’s Climate March last weekend. Her words underline the deep-seeded connections between capitalism, militarism and racial injustice and the need to ramp up a broad, progressive show of force that centers anti-blackness in our fight against capitalist greed and militarism.

I am honored to be here, standing in struggle with all frontline communities who are leading the fight for justice, for our people and an end to the harming and destruction of the planet.

As I stand here I am well aware that we are faced with two very powerful and harsh realities.

First, we have entered into one of the most difficult fights of our lives. The kind of fight that requires us to resist an agenda that will bring more suffering onto our communities and cause more destruction to the earth.

Second, winning has never left the realm of possibility. In fact, our movements are growing, our power is strengthening and resisting has become a chosen mandate for millions. It is our responsibility to not only recognize this reality, but to not be afraid to give voice to our visions of freedom. One that shows respect to a Martin Luther King those in positions of power rather us not remember, a Martin Luther King that called for an end to the ‘the three evils of society: racism, materialism and militarism.’ In his memory, I offer the following:

On Militarism and Protecting the Planet: We must call for an end to this country’s (and others’) obsession with making war on the world and to the harmful military activities globally. Not only does it lead to the loss of lives and the exacerbation of poverty, but has made the environment and harms inflicted on the earth, a ‘silent, ignored casualty.’

On Capitalism, Materialism and the Planet: We must challenge capitalism. Decisions made by this administration’s and those before it to grow the wealth of the wealthy and the power of multinational corporations (and their use of harmful energy sources such as fossil fuels) at the expense of the earth must be vigorously confronted. Our movement for Black liberation has always held that our economy MUST be based on the interests and wellbeing of people AND the planet. Demanding such, means a radical redistribution of wealth and power. Stripping what has been stolen by both the very rich and the corporations they control.

Finally – There is NO Climate Justice without Racial Justice: We must end racism, we must call out anti-black racism (everywhere it manifests including within our movements) and we must respect the leadership of Black, Indigenous and other front line communities hardest hit by climate change. This must be a deliberate, strategic choice made as a means to not only end the legacy of injustice in this country, but in an effort to protect the earth.

There is no doubt we may have less resources than our opponents, but we must always remember that we have (if we choose it) – more power. We cannot forget that we are the growing majority. While at times, when we feel as though our backs are against the wall – we must remember that history needs to remember us not just fighting. But they must remember fighters who had the courage to believe in winning, the imagination to dream and the heart to envision something radically different.

I hope to also call on all those here to join many of us on May 1st. On May 1st, International Workers Day we will see Black resistance, standing side by side with those fighting for an end to deportation and the tearing apart of families. We will see those who are fighting to protect our earth, our water our resources alongside those who are calling for an end to the exploitation of our labor. We will on this day, as we see today, come together to show this administration and those who seek to gain from its agenda, what it means to be on the opposition of a movement more powerful than anything they have ever seen – one that history will never forget.

Thenjiwe McHarris began her political career calling for an end to policies and practices that contributed to acts of torture committed by law enforcement. She went on to help organize efforts that addressed the human rights violations that occurred during and after Hurricanes Katrina & Rita. Most recently, Thenjiwe worked for the U.S. Human Rights Network where she helped coordinate efforts to hold the U.S.G accountable for its human rights violations when the United States was up for review by specific UN Mechanisms. Thenjiwe currently works with a team called Blackbird, which is focused on movement building in this current historical moment and provides communications, organizing as well as policy/advocacy support to a growing field committed to ending racism in the United States. 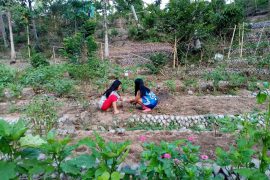 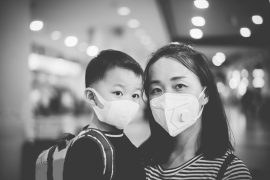 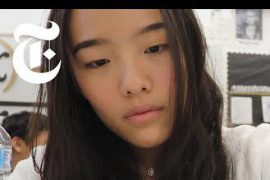 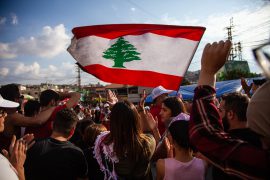 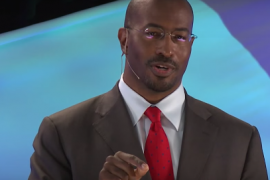